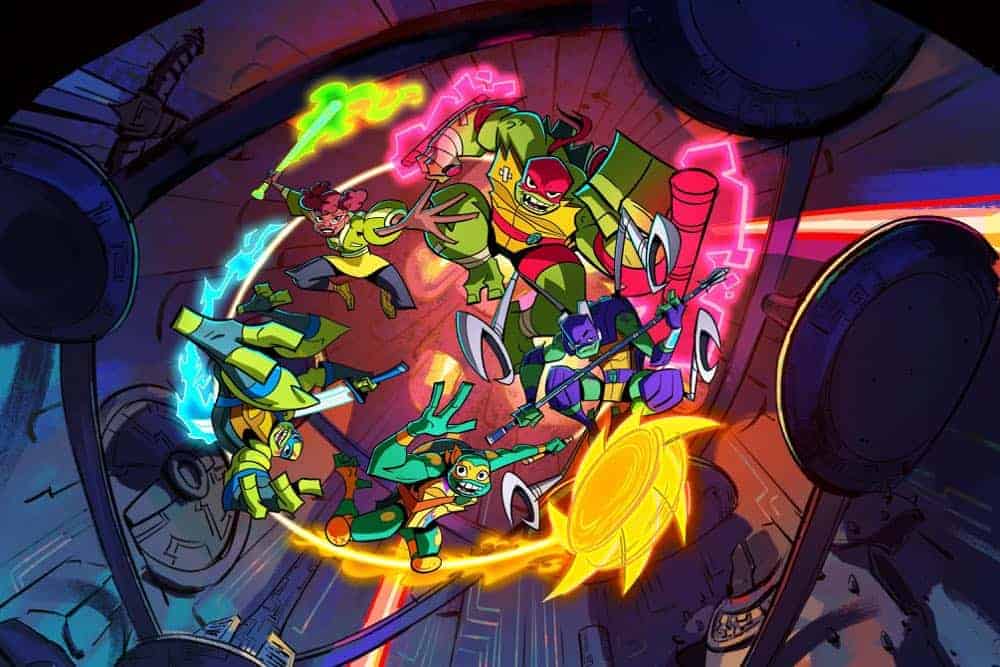 Nickelodeon, the number-one network for kids, announced that Rise of the Teenage Mutant Ninja Turtles, the reimagined 2D-animated series, has been greenlit for a second season with 26 episodes. The action-comedy follows the band of brothers, Raph, Leo, Donnie and Mikey, as they discover new powers and encounter a mystical world they never knew existed beneath the streets of New York City. Season two will begin production this fall at Nickelodeon’s headquarters in Burbank, Calif.

Rise of the Teenage Mutant Ninja Turtles season one will debut on Monday, Sept. 17, with the global rollout set to premiere this fall across Nickelodeon’s channels and branded blocks in 170+ countries and territories. The all-new original animated series follows the Turtles on different adventures as they master new powers, encounter absurd mutants and battle bizarre villains, each with their own motivations. Ranging from mystics, mutants and madmen, new creatures and villains emerge to take on the brothers in battles across New York City.

The announcements were made at the 2018 Television Critics Association press tour held at the Beverly Hilton Hotel in Los Angeles.

The Dude Perfect Show returns to Nickelodeon as best friends Tyler Toney, Cody Jones, Garrett Hilbert, twins Coby and Cory Cotton and their beloved panda mascot take fans inside their 25,000 square-foot paradise, as they continue to conquer the craziest games, shots and challenges they can devise. The Dude Perfect Show is produced by Superjacket Productions, Inc.

Hunter Street season three follows the Hunter family on mysterious journeys around Amsterdam, leading them on epic and suspenseful adventures, as they come across puzzling clues, secret rooms and unexpected revelations. Hunter Street is produced by Blooming Media.

Nickelodeon, now in its 39th year, is the number-one entertainment brand for kids. It has built a diverse, global business by putting kids first in everything it does. The company includes television programming and production in the United States and around the world, plus consumer products, digital, recreation, books and feature films. Nickelodeon’s U.S. television network is seen in more than 90 million households and has been the number-one-rated kids’ basic cable network for 22 consecutive years.