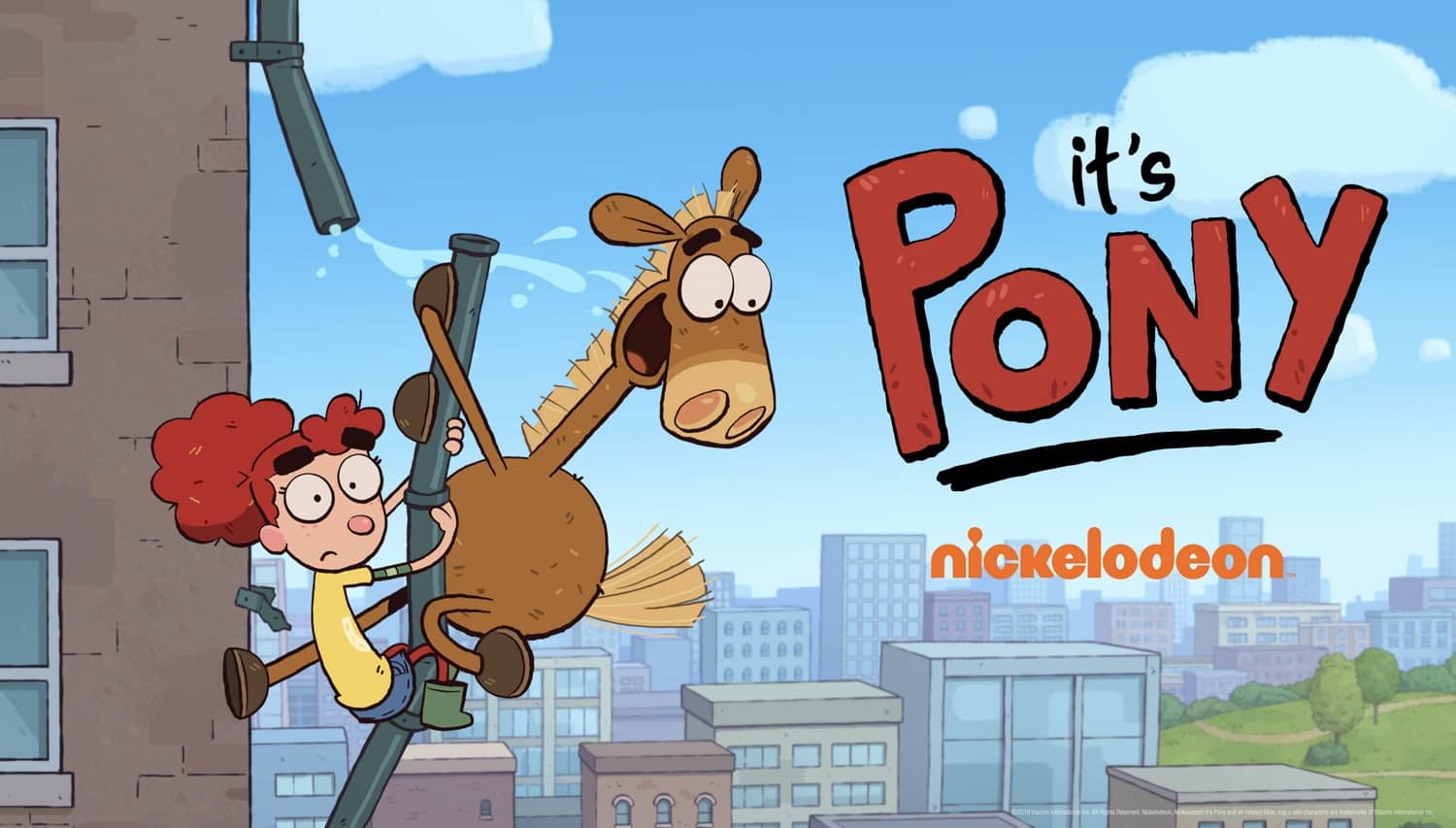 Nickelodeon announced today that it has greenlit a 20-episode second season of its new hit animated series, It’s Pony, which follows the comedic adventures of Annie and her best friend, who just so happens to be an enthusiastic, impulsive, and carefree pony. Season two will premiere domestically in 2021, followed by a rollout across Nickelodeon’s international markets.

“The overwhelming reaction to the first season of It’s Pony has been phenomenal, and fans have been champing at the bit for a second season,” said Nina Hahn, Senior Vice President of Development and Production, Nickelodeon. “We are thrilled to greenlight season two of a show where no matter what happens, everything is better when Annie and Pony are together.”

In season two of It’s Pony, Annie and her ever-loving, ever-funny Pony take their city by storm. Whether they are crashing a comic convention or battling a swarm of revenge-seeking flies, Annie and Pony’s adventures test the limits of their friendship like never before. Pony’s unpredictability may be a lot to handle, but Annie wouldn’t have it any other way. Throughout everyday life and extraordinary shenanigans, Annie’s life is better with Pony around.

The series stars Jessica DiCicco (Adventure Time) as Annie, an optimistic and determined farm girl living in the city with her family and best friend Pony; Josh Zuckerman (Strange Angel) as Pony, who is naïve and impulsive, but loves Annie more than anything; Abe Benrubi (E.R.) as Dad, who treats Pony as a nuisance, but recognizes the special bond he shares with Annie; and India de Beaufort (All Hail King Julien) as Mom, who loves Annie and Pony’s relationship and always has a new prank in the works. Created by Ant Blades, It’s Pony is inspired by a short from Nickelodeon’s 2015 International Animated Shorts Program.

About Nickelodeon
Nickelodeon, now in its 41st year, is the number-one entertainment brand for kids. It has built a diverse, global business by putting kids first in everything it does. The brand includes television programming and production in the United States and around the world, plus consumer products, digital, location based experiences, publishing and feature films. Nickelodeon and all related titles, characters and logos are trademarks of ViacomCBS Inc. (Nasdaq: VIACA, VIAC).