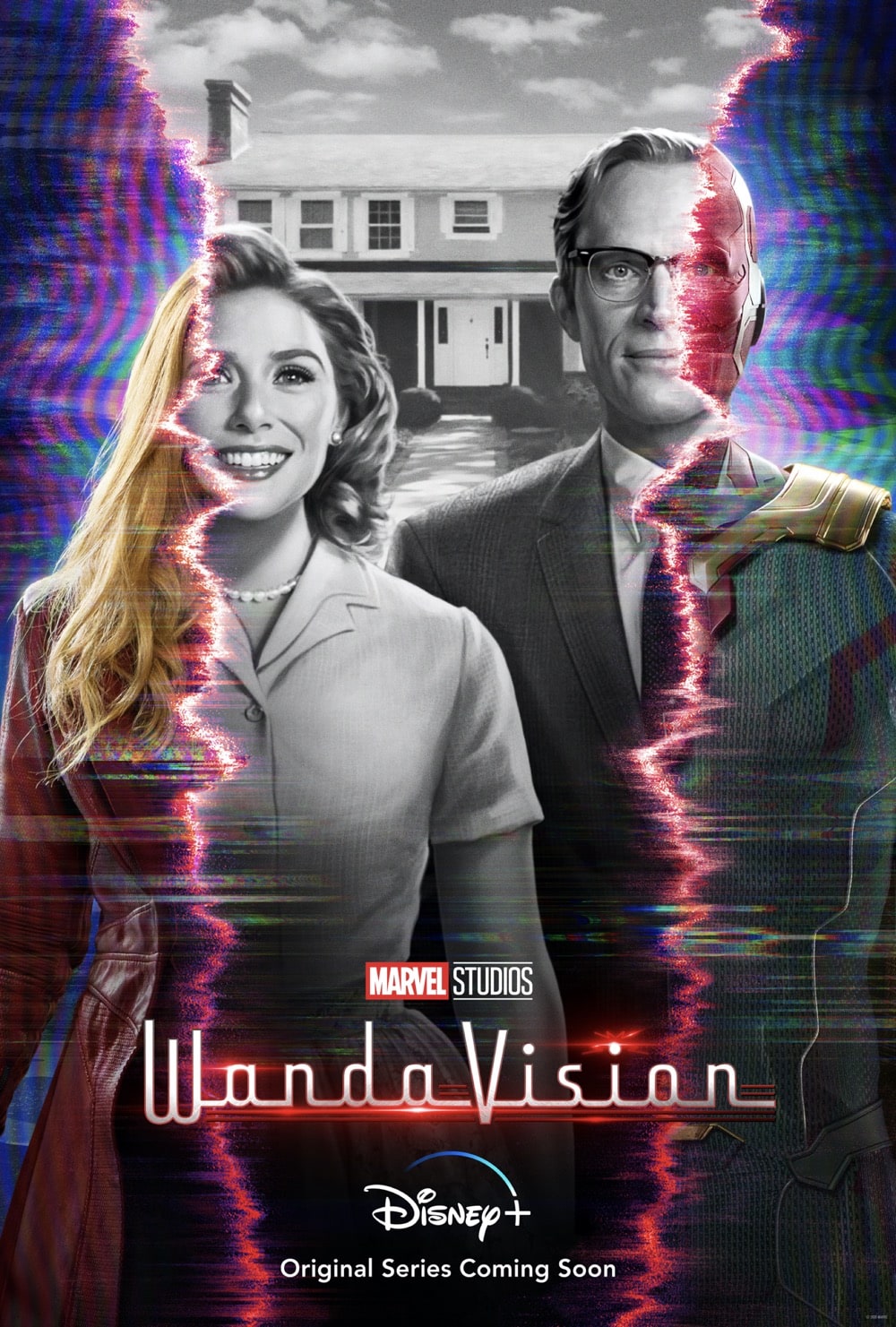 A new TV spot airs tonight featuring Marvel Studios’ upcoming new Disney+ series “WandaVision,” a blend of classic television and the Marvel Cinematic Universe. The spot reveals an original theme song written by Oscar®-winning songwriters Kristen Anderson-Lopez and Robert Lopez (“Frozen”), who penned unique songs for several episodes, spanning from the 1950s to the early 2000s. “‘WandaVision’ is such a cool, strange, one-of-a-kind project,” says Lopez. “When the director, Matt Shakman—an old friend from my college days—pitched it to us, we didn’t have to think about it. We loved the bright feeling of American sitcoms mixed with the deep sense of unease the story had, and it was a really inviting challenge to help set that tone.”

Adds Anderson-Lopez, “I grew up in the ’80s watching shows from every decade on the networks all day long. Episodes from ‘I Love Lucy,’ ‘Brady Bunch’ and ‘Family Ties’ shaped who I am and how I move through the world. So this project was a dream come true.”

“WandaVision,” the first Marvel Studios series created exclusively for Disney+, stars Elizabeth Olsen as Wanda Maximoff, Paul Bettany as Vision, Kathryn Hahn as Agnes, and Teyonah Parris as Monica Rambeau, who was introduced to audiences in “Captain Marvel.” Kat Dennings will reprise her role as Darcy from “Thor” and “Thor: The Dark World,” and Randall Park will reprise his role as Jimmy Woo from “Ant-Man and The Wasp.”

Marvel Studios’ “WandaVision” is a blend of classic television and the Marvel Cinematic Universe in which Wanda Maximoff and Vision—two super-powered beings living idealized suburban lives—begin to suspect that everything is not as it seems. The series is directed by Matt Shakman with Jac Schaeffer as head writer. Composer is Christophe Beck, and theme (for certain episodes) is by Kristen Anderson-Lopez and Robert Lopez. Featuring nine episodes, “WandaVision” kicks off on Disney+ on January 15, 2021.

Disney+ is the dedicated streaming home for movies and shows from Disney, Pixar, Marvel, Star Wars, National Geographic, and more. As part of Disney’s Direct-to-Consumer and International (DTCI) segment, Disney+ is available on most internet-connected devices and offers commercial-free programming with a variety of original feature-length films, documentaries, live-action and animated series, and short-form content. Alongside unprecedented access to Disney’s incredible library of film and television entertainment, the service is also the exclusive streaming home for the latest releases from The Walt Disney Studios. Disney+ is available as part of a bundle offer that gives subscribers access to Disney+, Hulu (ad-supported), and ESPN+. Visit DisneyPlus.com to subscribe and/or learn more about the service.