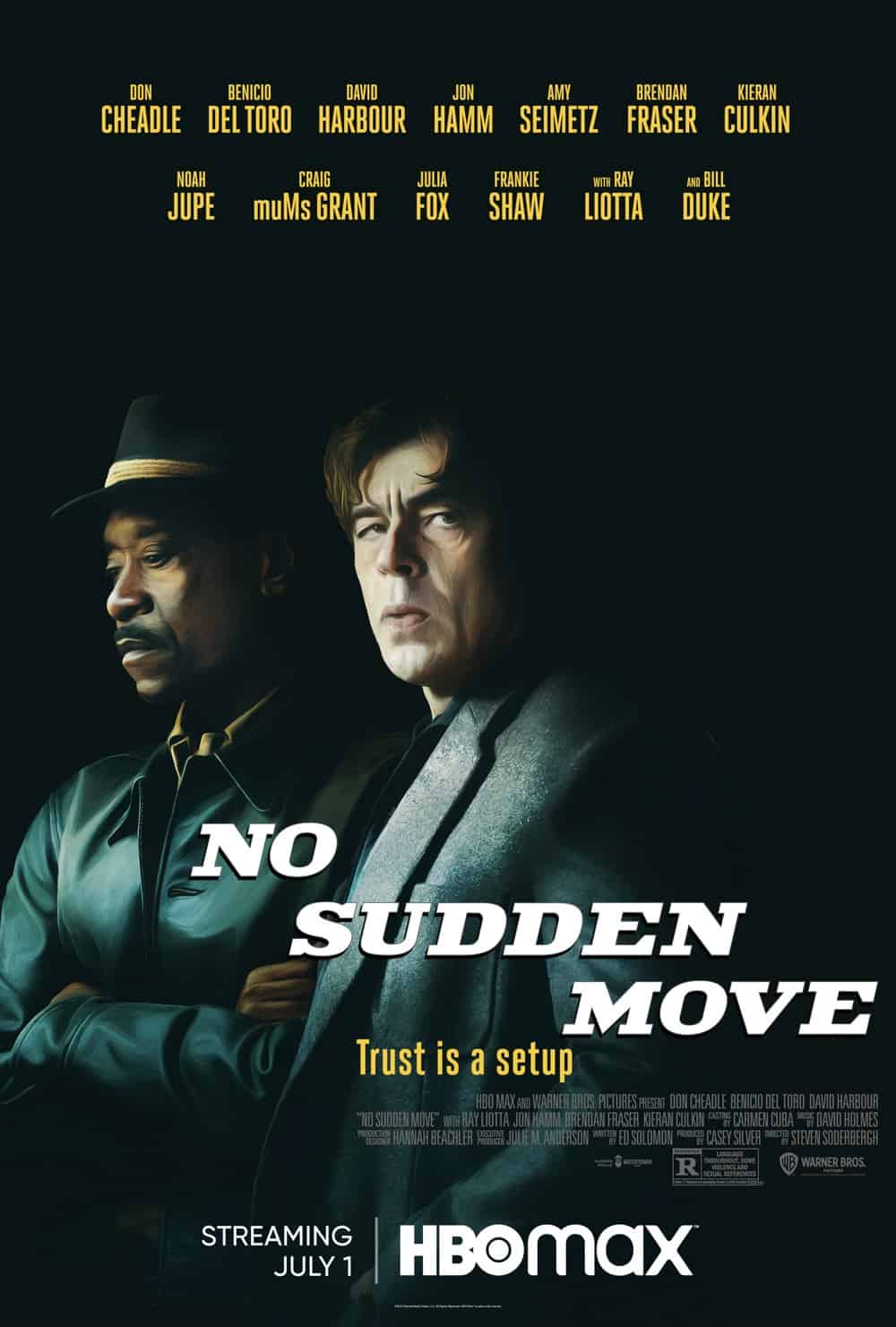 From director Steven Soderbergh comes the new feature film NO SUDDEN MOVE from Warner Bros. Pictures. Set in 1954 Detroit, NO SUDDEN MOVE centers on a group of small-time criminals who are hired to steal what they think is a simple document. When their plan goes horribly wrong, their search for who hired them – and for what ultimate purpose – weaves them through all echelons of the race-torn, rapidly changing city. The film premieres exclusively on HBO Max THURSDAY, JULY 1 in the U.S.

Soderbergh directed the film from a screenplay written by Ed Solomon and produced by Casey Silver, both of whom he collaborated with on his HBO series “Mosaic.” Julie M. Anderson executive produced.