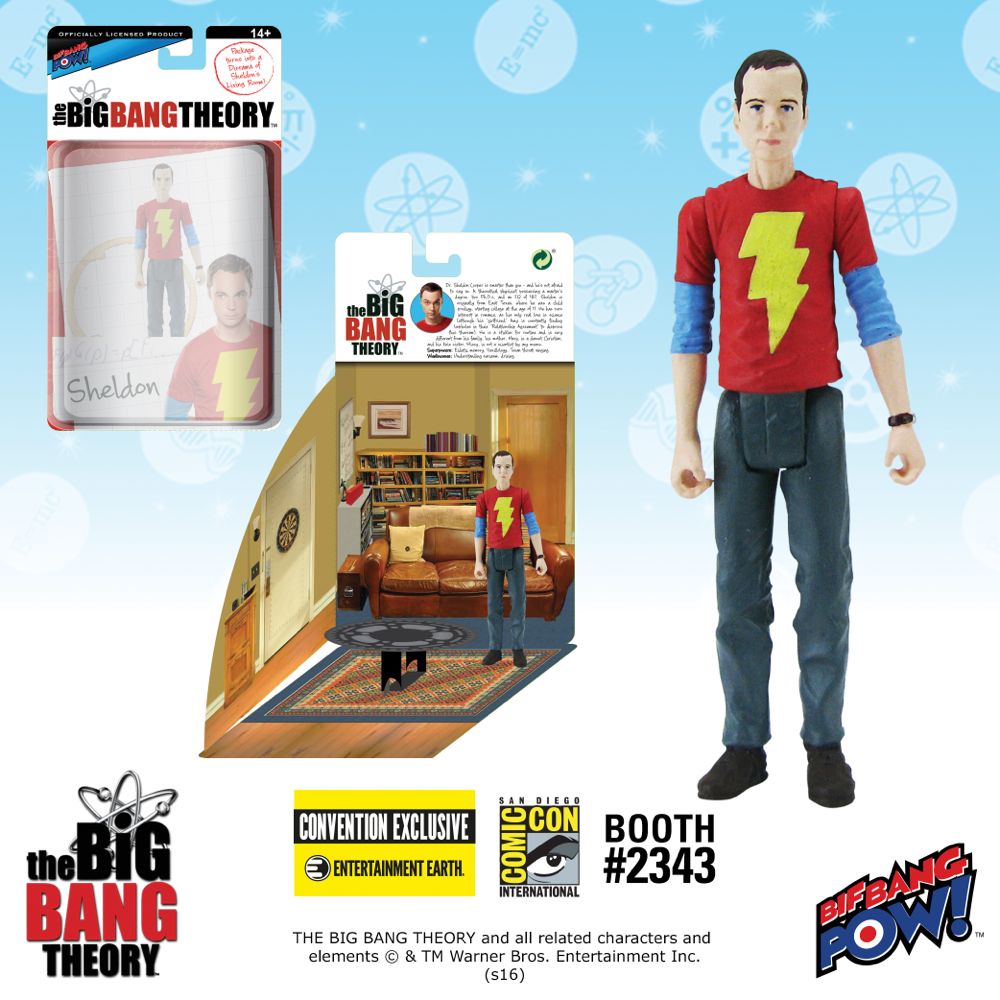 Each exclusive figure features 5 points of articulation (neck, shoulders, and hips) and showcases Sheldon in a unique comic T-shirt – inspired from actual episodes. Additionally, the packaging for each figure includes a pop-out diorama of Sheldon’s apartment, so you can immediately place the physicist near his favorite spot on the couch!

The Big Bang Theory Sheldon in Black Superman T-Shirt 3 3/4-Inch Action Figure showcases Sheldon wearing a black Superman logo T-shirt with white-striped sleeves. The scientist is also adorning one of his infamous long sleeve shirts under the tee and his entire ensemble is completed with the light brown pants and dark brown shoes.

The Big Bang Theory Sheldon in Riddler T-Shirt 3 3/4-Inch Action Figure details the physicist in an inquisitive green The Riddler T-shirt with black bats forming a question mark. His wardrobe is completed by a red long sleeve undershirt along with black pants and dark brown shoes.

These are limited edition Entertainment Earth Convention Exclusive figures and won’t last long! Ages 14 and up.

Available for the first time on July 20, 2016 at the Entertainment Earth booth #2343 at San Diego Comic-Con, fans will have the first opportunity to grab these individually numbered and limited edition exclusives!

(*NOTE: These items will first be sold during San Diego Comic-Con 2016 at Entertainment Earth Booth #2343. If supplies remain after the show, pre-orders will be filled and shipped to you then – in August 2016.) 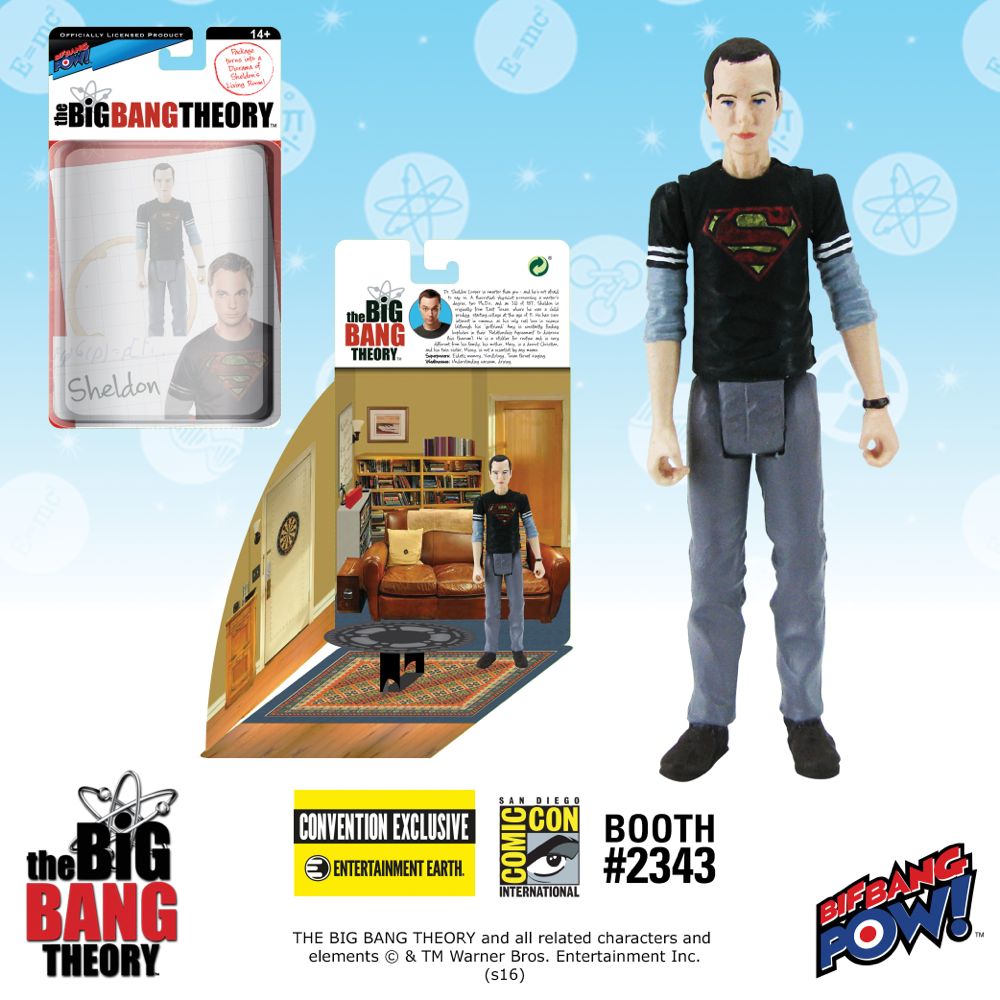 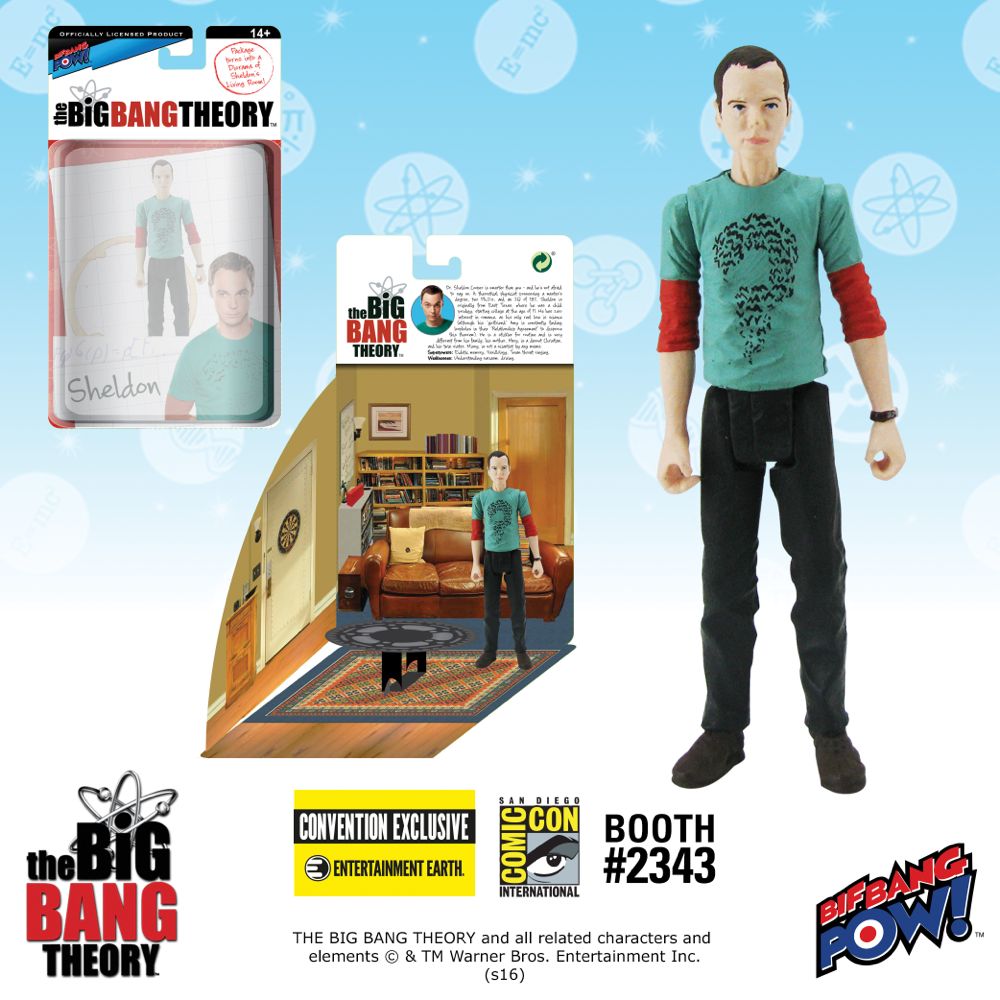