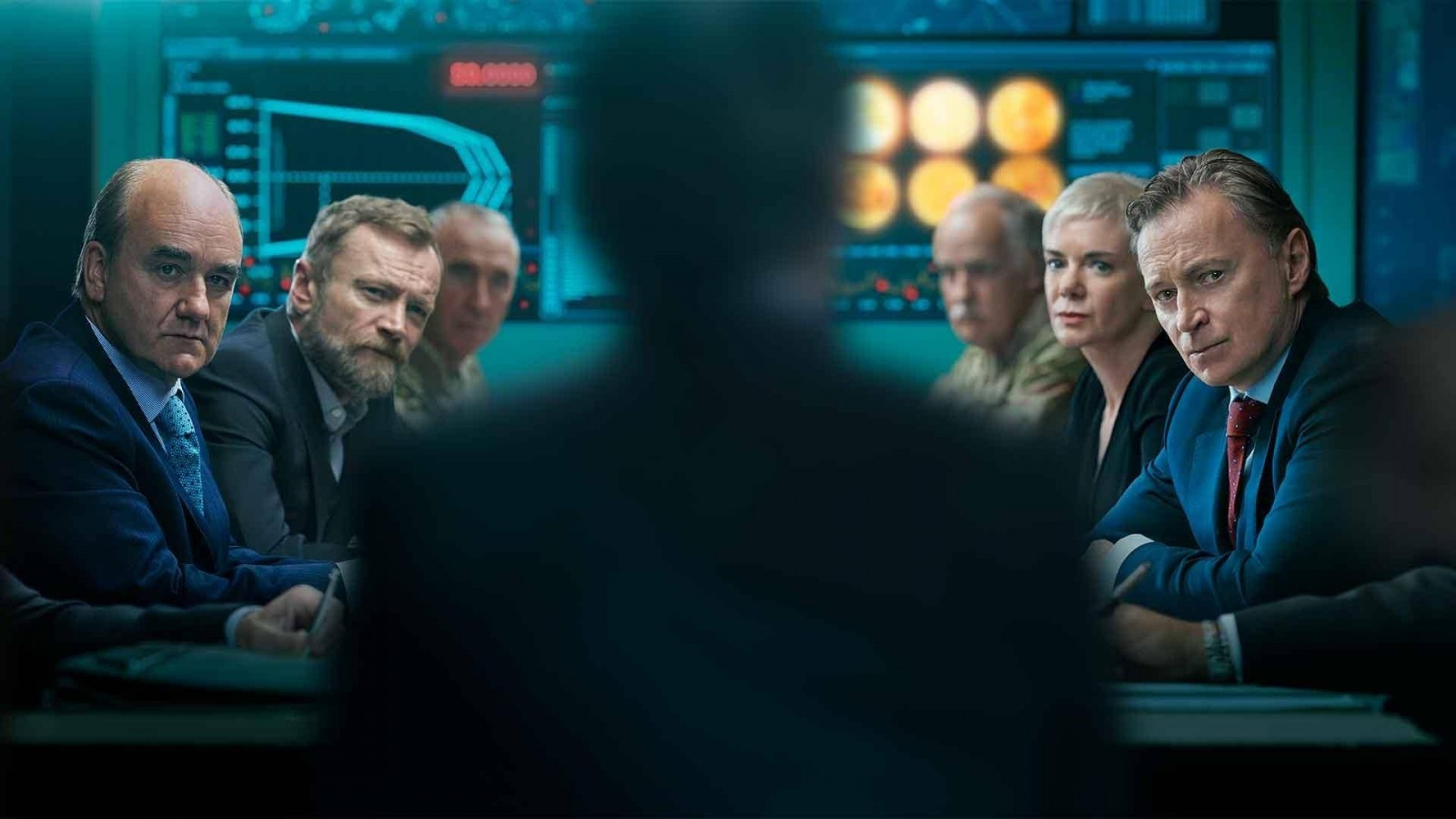 COBRA, a new drama which follows the British Prime Minister and his emergency committee as they navigate a major crisis and its political and personal fallout, will premiere on PBS stations Sunday, October 4 at 10:00 p.m. ET (check local listings). The six-part series joins PBS’s robust Sunday night drama lineup and will also stream nationally on pbs.org and the PBS Video App.

COBRA is a clever and action-packed political drama and a deeply human story of a nation and its leaders in crisis — a tale that is increasingly relevant to the world we live in today.

On the brink of a geomagnetic solar storm, a team comprised of Britain’s leading experts, crisis contingency planners and the most senior politicians assemble under the name COBRA (taken from its meeting place in Whitehall’s Cabinet Office Briefing Room A) to guide the country through turbulent times. The high-stakes series follows the members of this team as they take on the disaster; their missteps, political conflicts, personal drama, friendships and wit play out against the backdrop of an unfolding national crisis.

Prime Minister Robert Sutherland (Carlyle) must navigate the crisis while attempting to maintain control of his cabinet in slippery political circumstances. Accompanied by Anna Marshall (Hamilton) – his brilliant and quick-thinking chief of staff and longtime friend – Sutherland braces for the fallout of a major national disaster, as well as complications in his personal life that threaten his political standing.

Also on the COBRA team is Fraser Walker (Dormer), one of the country’s leading crisis contingency planners, who is not as adept at overcoming problems in his personal life as he is in his political life. The most argumentative and calculating member of the team, Home Secretary Archie Glover-Morgan (Haig), looks to seize any opportunity for more power that presents itself.

The series will simultaneously stream with each broadcast starting Sunday, October 4 and will be available for two weeks on all station-branded PBS platforms, including PBS.org  and the PBS Video App, available on iOS, Android, Roku streaming devices, Apple TV, Android TV, Amazon Fire TV, Samsung Smart TV and Chromecast. PBS station members can binge the full series via PBS Passport starting the night of the broadcast premiere. For more information about PBS Passport, visit the PBS Passport FAQ website.

COBRA will be available on DVD from PBS Distribution and can be purchased at ShopPBS.org. The series will also be available for digital download via Amazon Prime Video.

COBRA is a Sky Original drama, produced by New Pictures and co-funded by Sky Studios. Executive producers for COBRA include Charlie Pattinson, Ben Richards, Jonathan Young and Nicola Larder. The commissioning editor for Sky is Gabriel Silver.  COBRA is distributed by NBCUniversal Global Distribution on behalf of Sky Studios.

Sky Studios develops, produces and funds original drama, comedy and documentary for Sky’s 24m customers and beyond. Building on the success of critically-acclaimed Sky originals, including Emmy-winning “Chernobyl,” Bafta-winning “Patrick Melrose” and international hits “Babylon Berlin” and “Riviera,” Sky Studios is the new creative home of Sky originals, such as “The Third Day” with Jude Law, “ZeroZeroZero” from the makers of “Gomorrah” and “The New Pope” directed by Academy Award-winning director Paolo Sorrentino.

Sky Studios is an agile Studio, seeking out the best untold stories from new voices while working in creative partnership with today’s best writers, producers and on-screen talent to bring viewers stories they wouldn’t find anywhere else.

With commissioning talent and production capability across the UK, Germany and Italy, Sky Studios understands local tastes across Europe better than anyone else and have plans to more than double its investment in original content by 2024, fully supported and backed by Comcast NBCUniversal.

Sky Studios is also developing a new TV and movie studio, Sky Studios Elstree, which is expected to lead to the creation of over 2,000 new jobs and generate an additional £3 billion of production investment in UK creative sector in the first five years alone.

New Pictures was established by Charlie Pattinson, Elaine Pyke, Willow Grylls and Richard Nelson in 2013 to produce high quality television drama for the UK and International markets. In its early years of operation New Pictures produced two seasons of the critically acclaimed “The Missing” for BBC One & Starz, and two series of “Indian Summers” for Channel 4 & WGBH. More recent productions have included “Rellik,” a crime thriller for BBC One & Cinemax, “Requiem,” a supernatural thriller for BBC One & Netflix, “The Innocents,” a shape-shifting love story for Netflix Originals, “Catherine the Great,”, a sweeping historical epic based on the life of Catherine II, Empress of Russia and starring Helen Mirren and Jason Clarke for Sky & HBO. New Pictures is currently in production on two major drama series for broadcast in 2020, including “The Spanish Princess,”, the third instalment in a series of adaptations of the bestselling Philippa Gregory books for Starz and DES, a three part drama based on crimes and trial of serial killer Dennis Nilsen for ITV.

PBS, with more than 330 member stations, offers all Americans the opportunity to explore new ideas and new worlds through television and digital content. Each month, PBS reaches over 120 million people through television and 26 million people online, inviting them to experience the worlds of science, history, nature and public affairs; to hear diverse viewpoints; and to take front row seats to world-class drama and performances. PBS’ broad array of programs has been consistently honored by the industry’s most coveted award competitions. Teachers of children from pre-K through 12th grade turn to PBS for digital content and services that help bring classroom lessons to life. Decades of research confirms that PBS’ premier children’s media service, PBS KIDS, helps children build critical literacy, math and social-emotional skills, enabling them to find success in school and life. Delivered through member stations, PBS KIDS offers high-quality educational content on TV – including a 24/7 channel, online at pbskids.org, via an array of mobile apps and in communities across America. More information about PBS is available at www.pbs.org, one of the leading dot-org websites on the internet, or by following PBS on Twitter, Facebook or through our apps for mobile and connected devices.