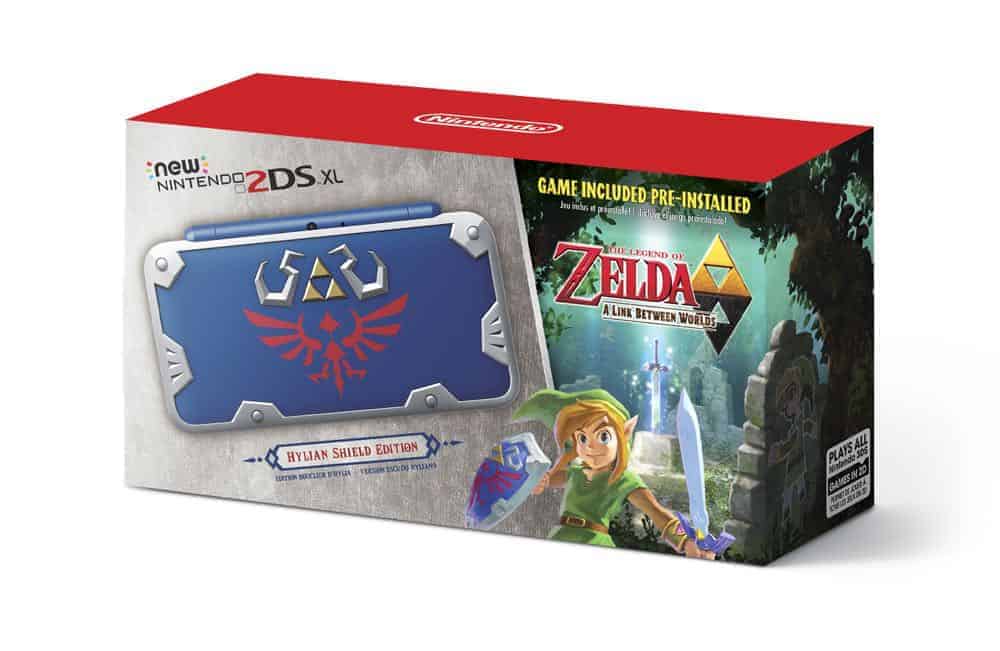 Every legendary hero needs a shield, just like every legendary gamer needs a video game system that looks like a shield! Launching exclusively in GameStop stores on July 2 at a suggested retail price of $159.99, the special edition New Nintendo 2DS XL Hylian Shield Edition system resembles Link’s iconic Hylian Shield from The Legend of Zelda series, and comes pre-loaded with the critically acclaimed adventure The Legend of Zelda: A Link Between Worlds.

The Legend of Zelda: A Link Between Worlds is a sequel to the beloved Super NES game The Legend of Zelda: A Link to the Past. In this follow-up, Link must once again save the kingdom of Hyrule from an evil force by transforming into a living painting and crossing into a dark parallel world. Conquer puzzles, traps and hidden rooms of deadly dungeons to save both worlds from certain doom!

New Nintendo 2DS XL plays the entire library of Nintendo 3DS games in 2D. With two large screens and built-in amiibo support, it’s the ideal portable system for any type of gamer – especially ones looking to dive into The Legend of Zelda series for the first time.