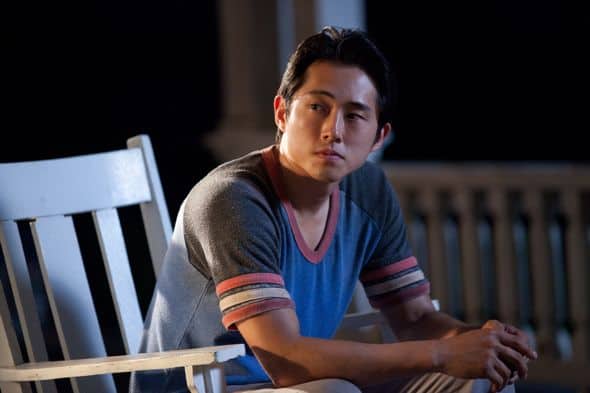 Avail 10/3
Act of Valor (2012)
Roselyn Sanchez, Jason Cottle, Nestor Serrano
The mission of rescuing a kidnapped CIA agent from a lethal terrorist cell falls to an elite squad of Navy SEALs in this covert-action thriller. Active duty SEALs play the lead fighting roles in a saga based on actual events from their service.

Avail 11/1
Out of Sight (1998)
George Clooney, Jennifer Lopez, Don Cheadle, Catherine Keener, Steve Zahn
Florida bank robber Jack Foley (George Clooney) plays a genteel game of cat and mouse with Karen Sisco (Jennifer Lopez), the stunning federal marshal he meets in the trunk of a getaway car, in this Steven Soderbergh-directed film that shows off his trademark nonlinear storytelling. Out of Sight received Oscar nominations for both its crack editing (Anne V. Coates) and its brilliant adaptation (Scott Frank) of Elmore Leonard’s novel.

Newly Avail
Yours, Mine and Ours (2005)
Dennis Quaid, Rene Russo, Sean Faris, Katija Pevec, Dean Collins,Tyler Patrick Jones
Dennis Quaid and Rene Russo take on the roles made famous by Henry Fonda and Lucille Ball in this remake of the 1968 comedy about two single parents who plan to marry and merge their broods into one “happy” family.

Newly Avail
A Night at the Roxbury (1998)
Will Ferrell, Chris Kattan, Molly Shannon
Chris Kattan and Will Ferrell extend their “Saturday Night Live” skit about dimwit club-goers Doug and Steve Butabi, who gain entry to the swanky Roxbury nightclub after a run-in with Richard Grieco.

Failure to Launch (2006)
Matthew McConaughey, Sarah Jessica Parker, Zooey Deschanel, Bradley Cooper
In a desperate attempt to push their thirtysomething son Tripp out of the nest, a frustrated mother and father hire a beautiful “relationship consultant” with a patented plan to move him out of the house.

Avail 11/1
Bean: The Movie (1997)
Rowan Atkinson, Peter MacNicol, Burt Reynolds, Johnny Galecki, Sandra Oh
Rowan Atkinson brings his TV-based nincompoop Mr. Bean to the big screen. He arrives in Los Angeles to guard a famous painting, but as Mr. Bean is unfit for any physical task, everything goes hilariously wrong. A master of physical comedy, Atkinson pits the Brit Bean against his suspicious American hosts in a culture clash that makes for sidesplitting comedy.

Bottle Rocket (1996)
Luke Wilson, Owen Wilson, Andrew Wilson, James Caan
In this offbeat comedy, a trio of Texas friends tries to embark on a life of crime. After knocking over a bookstore and going on the lam, they bungle their way into a huge heist engineered by a silver-tongued con artist.

Avail 11/5
Bernie (2011)
Jack Black, Shirley MacLaine, Matthew McConaughey
In this black comedy inspired by real-life events, affable Texas mortician Bernie befriends the small town’s wealthiest widow and then kills her. But despite the suspicious nature of her death, no one wants to think anything but the best of Bernie.

Avail 9/29
Coriolanus (2011)
Ralph Fiennes, Gerard Butler, Brian Cox, Vanessa Redgrave, Jessica Chastain
Actor Ralph Fiennes makes his directorial debut with this modern update of Shakespeare’s tale about the arrogant general who is banished by the republic he has protected at all costs, provoking him to ally with former foes and wreck a bloody revenge.

Avail 10/1
Jarhead (2005)
Jake Gyllenhaal, Peter Sarsgaard, Jamie Foxx, Chris Cooper
Jake Gyllenhaal stars as a fictionalized version of Marine Anthony Swofford, whose biting memoir about his real-life stint as a sniper in Operation Desert Storm serves as the inspiration for Sam Mendes’s drama. But instead of combat, the film focuses on the long, lonely days spent at war, and the cynicism and caustic humor soldiers employ to deal with unbearable conditions and ever-present danger. Peter Sarsgaard and Jamie Foxx co-star.

Avail 10/16
Hotel Rwanda (2004)
Don Cheadle, Nick Nolte, Joaquin Phoenix, David O’Hara
Amid the holocaust of internecine tribal fighting in Rwanda that sees the savage butchering of hundreds of thousands of men, women and children, one ordinary hotel manager musters the courage to save more than 1,000 helpless refugees.

Avail 10/24
The Artist (2011)
Jean Dujardin, Bérénice Bejo, John Goodman
This modern-day silent film artfully recounts the poignant end of the silent-movie era in the late 1920s. The story contrasts the declining fortunes of a silent-screen superstar with his lover’s rise to popularity as a darling of the “talkies.”  Last year’s Best Picture winner at the Oscars.

Avail 10/1
Mulholland Dr. (2001)
Justin Theroux, Naomi Watts, Ann Miller, Billy Ray Cyrus
Writer-director David Lynch weaves another mysteriously complex tale in this story about an amnesiac woman (Laura Harring) who’s left stranded on Mulholland Drive and gets taken in by a young newcomer (Naomi Watts) who’s moved to Hollywood to pursue her dreams. The two women gradually start to put the pieces of a troubling puzzle together, but the puzzle unravels a dark, sinister plot — as well as unexpected passions.

Avail 10/12
ATM (2012)
Alice Eve, Josh Peck, Brian Geraghty, Aaron Hughes
When three co-workers make a midnight stop at a glass-enclosed ATM after their Christmas party, they find themselves trapped by a menacing man outside. Soon they’re fighting for their survival as the temperature plunges and the man toys with them.

Avail 10/23
Bug (2006)
Lynn Collins, Harry Connick Jr., Ashley Judd, Brian F. O’Byrne, Michael Shannon
Based on a play by Tracy Letts, this claustrophobic thriller from Exorcist director William Friedkin focuses on the love story between a man (Michael Shannon) and a woman (Ashley Judd) convinced that the government is implanting insects in its citizens. Harry Connick Jr. plays the woman’s abusive ex-husband in this nightmare tale of paranoia that takes place in an America where no one — least of all the authorities — can be trusted.

Avail 10/1
Curious George: Season 5
Little ones can learn a lot from George — one of the most curious monkeys in all of children’s literature — in this Emmy Award-winning animated series that recounts his adventures with narration from William H. Macy.

Avail 10/1
Freaks and Geeks: The Complete Series
A group of high school students in 1980 faces various social struggles. Lindsay Weir rebels and begins hanging out with a crowd of burnouts, courtesy of an invitation from Daniel Desario.

Undeclared: The Complete Series
College life as seen through the eyes of Steven Karp, a freshman determined to reinvent himself at a new school. Confronted with many dilemmas, Steven and his new friends face the challenges of higher education.

Avail 10/5
The Cleveland Show: Season 3
Spinning off from Seth MacFarlane’s popular animated series “Family Guy,” Cleveland Brown moves to his hometown of Stoolbend, Virginia, where he marries high school sweetheart, Donna, and the two raise her rowdy kids and his teenager, Cleveland Jr. In addition to stepkids Roberta and Rallo, Cleveland now finds himself interacting with a bunch of offbeat neighbors, including a family of talking bears.

Raising Hope: Season 2
Slacker Jimmy suddenly finds himself a father after a one-night stand with a murderer, but his eccentric family — including his dim-bulb father, sarcastic mother and addled great grandmother–reluctantly pitches in to help with the new arrival.

Avail 10/9
The League: Season 3
Fantasy football tackles reality in this semi-scripted look at a group of longtime friends whose annual hobby gives them an excuse to get together and escape their everyday lives in a blitz of trash-talking, deceit and ruthless extortion.

Avail 11/1
Psych: Season 6
Having honed his powers of deduction by observing his police officer dad, Shawn Spencer (James Roday) appears to possess a nearly supernatural gift for crime-solving — so much so that the police begin employing his services as a psychic. After opening up a detective agency with his best friend (Dulé Hill), Spencer finds that his sleuthing skills, though advanced, don’t exactly keep him out of trouble in this comedic mystery series.

Avail 10/20
Rules of Engagement: Season 6
Three diverse perspectives on love and relationships are examined in this ensemble sitcom about longtime married couple Jeff and Audrey, the newly engaged Adam and Jennifer, and cynical bachelor Russell.

Avail 10/23
Switched at Birth: Season 1
In this ABC Family drama series, a pair of unsuspecting teens discover they were accidentally switched at birth, setting off a chain reaction of life-altering changes to the families they’ve always known.

Avail 10/27
Sons of Anarchy: Season 4
Gun-running motorcycle club the Sons of Anarchy seizes control of its town but soon butts heads with rival biker gangs, racist groups and the law. VP Jax Teller finds his conscience torn between protecting his young son and his loyalty to his gang.

Avail 11/11
Teen Wolf: Season 2
When an animal bite turns socially awkward high schooler Scott McCall into a werewolf, he suddenly becomes the lacrosse team’s star athlete and a chick magnet. But his new abilities and popularity also create a whole new set of problems for him.

Avail 9/30
The Walking Dead: Season 2
Sheriff’s deputy Rick Grimes awakens from a coma to discover the world plagued by zombies and small bands of human survivors forced into small, fiercely protective groups. Falling back on his old job, Rick sets out to lead mankind out of darkness.

Avail 10/16
Touch: Season 1
Kiefer Sutherland stars as the father of an autistic boy who appears to be able to predict future events — despite not being able to speak. Danny Glover also stars, as an academic who works with gifted children, in this dramatic series.