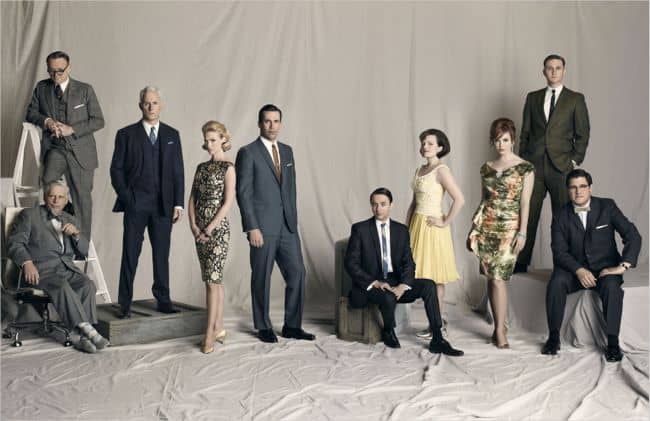 Avail 2/1
Once Upon a Time in Mexico (2003)
Antonio Banderas, Johnny Depp, Salma Hayek, Eva Mendes, Willem Dafoe, Mickey Rourke
In the final chapter of director Robert Rodriguez’s outlaw trilogy, the CIA recruits traveling vigilante El Mariachi to take down a corrupt general allied with a powerful drug lord — who plans to overthrow the president of Mexico.

Avail Now
Bodyguard (2011)
Salman Khan, Kareena Kapoor, Raj Babbar, Asrani, Vidya Sinha, Hazel Keech
Irritated by her bodyguard, wealthy Divya invents a phony secret admirer to distract him with phone calls. But when her father becomes angry, believing Divya and the bodyguard are lovers, he sets off a chain of unexpected events.

Avail Now
Secret of the Wings (2012)
Mae Whitman, Lucy Hale, Timothy Dalton, Anjelica Huston, Lucy Liu, Raven-Symoné
Enjoy an amazing tale about the unbreakable bonds of friendship and sisterhood. When a mysterious force draws Tinker Bell to cross the border into the unknown world of the Winter Woods, she discovers a secret that will change her life forever.

Avail 2/1
101 Dalmatians (1961)
Wolfgang Reitherman, Hamilton Luske, Clyde Geronimi
Shortly after celebrating the birth of 15 pups, Dalmatians Pongo and Perdita find themselves on a mission to save their offspring from the clutches of the dastardly Cruella De Vil before she turns the cuddly canines into a fabulous fur coat. With the aid of London’s underground dog network, the determined Pongo and Perdita stage a daring rescue in this animated Disney classic featuring one of the screen’s most hissable villains.

Avail Now
Pumpkin (2002)
Christina Ricci, Brenda Blethyn, Dominique Swain, Amy Adams, Melissa McCarthy
A perky sorority sister is assigned to coach a young man named Pumpkin, a mentally challenged athlete. She’s terrified at first, but to the horror of her friends, she starts to fall in love with her charge.

The Switch (2010)
Jennifer Aniston, Jason Bateman, Thomas Robinson, Jeff Goldblum, Patrick Wilson, Juliette Lewis
Still single and worried about her biological clock, Kassie decides to pursue motherhood with the help of an anonymous sperm donor. But it turns out that the donor isn’t quite as anonymous as she thinks.

Avail 2/1
Ferris Bueller’s Day Off (1986)
Matthew Broderick, Alan Ruck, Mia Sara, Jeffrey Jones, Jennifer Grey
Teenage Ferris convinces his entire school he’s at death’s door, then hits the streets of Chicago with his girlfriend and best friend for a day of fun. But the school’s fed-up principal is determined to catch him and put an end to his field trip.

Keeping Up with the Steins (2006)
Jeremy Piven, Garry Marshall, Daryl Hannah, Daryl Sabara, Doris Roberts
Two parents plan an over-the-top bar mitzvah for their 13-year-old son, while the boy struggles with his own shyness and his desire to see his father and grandfather reconcile in this sharp but loving satire of materialism.

Nacho Libre (2006)
Jack Black, Héctor Jiménez, Ana de la Reguera, Richard Montoya, Darius Rose
Ignacio works as a cook at the Mexican monastery where he spent his youth. When he learns of the orphanage’s financial woes, he pitches in to help — by disguising himself and joining the professional wrestling circuit as a luchador named Nacho.

Avail 2/13
Safety Not Guaranteed (2012)
Aubrey Plaza, Mark Duplass, Jake M. Johnson, Jenica Bergere, Kristen Bell
A team of journalists are dispatched to find out who’s behind a classified advertisement seeking a companion for time travel, with payment on return. After tracking down their oddball prey, the team has to decide how best to approach their subject.

Avail 2/21
Let Go (2011)
David Denman, Gillian Jacobs, Kevin Hart, Edward Asner
A disheartened parole officer struggling to find happiness in a ho-hum marriage finds inspiration from an unlikely source: his own parolees. As his slightly loopy ex-cons play out their dramas, the parole officer works to resolve his own.

Avail 2/28
Friends with Kids (2011)
Adam Scott, Jennifer Westfeldt, Maya Rudolph, Chris O’Dowd, Kristen Wiig, Jon Hamm, Megan Fox
Best friends Jason and Julie decide that the way to have kids without sacrificing their social lives or careers is to raise a child together platonically. But romance and other complications interfere with their perfect plan.

Avail 2/7
Mona Lisa Smile (2003)
Julia Roberts, Kirsten Dunst, Julia Stiles, Maggie Gyllenhaal, Ginnifer Goodwin
At Wellesley College in 1953, the all-female student population constitutes the best and the brightest, yet they’re still measured by how well they marry until the arrival of professor Katherine Watson (Julia Roberts) threatens to tip the status quo. Watson’s teaching not only raises the ire of many administrators but also a few of the students (including Kirsten Dunst, Julia Stiles and Maggie Gyllenhaal) she dares to inspire.

Avail 2/11
United 93 (2006)
J.J. Johnson, Gary Commock, Polly Adams, Opal Alladin,Starla Benford
Re-creating the harrowing events aboard United Airlines Flight 93 in real time, filmmaker Paul Greengrass presents the devastating drama of Sept. 11, 2001, as experienced by those on board and by those watching in horror on the ground.

Avail Now
October Baby (2011)
Rachel Hendrix, Jason Burkey, Jasmine Guy, John Schneider, Shari Wiedmann, Tracy Miller
Stunned and angered by the truth of her birth, college freshman Hannah sets out on a spring break road trip with her best friend Jason and a band of misfits to discover who she is, where she came from and where she will go from here.

Avail 2/1
The Gift (2000)
Cate Blanchett, Giovanni Ribisi, Keanu Reeves, Katie Holmes, Greg Kinnear, Hilary Swank
When the authorities find a drowned woman’s body, a small-town psychic starts having visions of who committed the murder, which means she’s the only one who can testify to what truly happened and that she could be the killer’s next target.

Avail 2/6
The Raven (2012)
John Cusack, Luke Evans, Alice Eve, Brendan Gleeson
After discovering that a string of baffling murders seems to be inspired by the macabre short stories of Edgar Allan Poe, Baltimore cop Emmett Fields turns to the brilliant-but-boozy author to help solve the crimes.

Avail 2/7
Compliance (2012)
Dreama Walker, Pat Healy, Bill Camp, Philip Ettinger, James McCaffrey
Based on a true incident, this tense drama unfolds as a prank caller pretends to be a cop and convinces a restaurant manager to interrogate her teenaged employee about a supposed theft from a customer — a situation that soon spins out of control.

Avail 2/29
Futurama: Volume 7 (2012)
Bender impregnates a soda machine, the end of the world is nigh, the gang plots a casino heist and there’s a horrific sausage-making accident in this collection of episodes from creator Matt Groening’s bizarre and brilliant animated sci-fi comedy.

Avail 2/1
House of Cards (2013)
Netflix’s new original series will begin streaming all 13 episodes on February 1st!
A ruthless Congressman, Francis Underwood, and his ambitious wife Claire, will stop at nothing to conquer everything. This wicked political drama slithers through the back halls of greed, sex, love and corruption in modern D.C.

Avail 3/25
Mad Men: Season 5 (2012)
Brilliant, hard-drinking advertising exec Don Draper is back for more drama in this critically acclaimed show’s long-awaited fifth season, which charts the volatile ups and downs Draper and his colleagues endure at their Manhattan-based ad agency.

Avail Now
My Strange Addiction: Season 2 (2011)
This documentary series tells the compelling stories of individuals who are battling unusual obsessive behaviors, following them as they reveal their addictions to friends and family and meet with psychological experts to understand their condition.

Avail 1/24
Toddlers & Tiaras: Season 4 (2011)
From “flippers” and feathers to sequins and “sexy babies,” this over-the-top TLC series captures the behind-the-scenes dramas of childhood beauty pageants … and the cringe-worthy antics of hyper-passionate stage parents.

Avail Now
Being Human (US): Season 2 (2012)
Despite their attempts at carrying on a normal existence, Aidan, Sally and Josh give in to the temptations of their supernatural reality, and the three Boston roommates face grievous consequences for their actions.