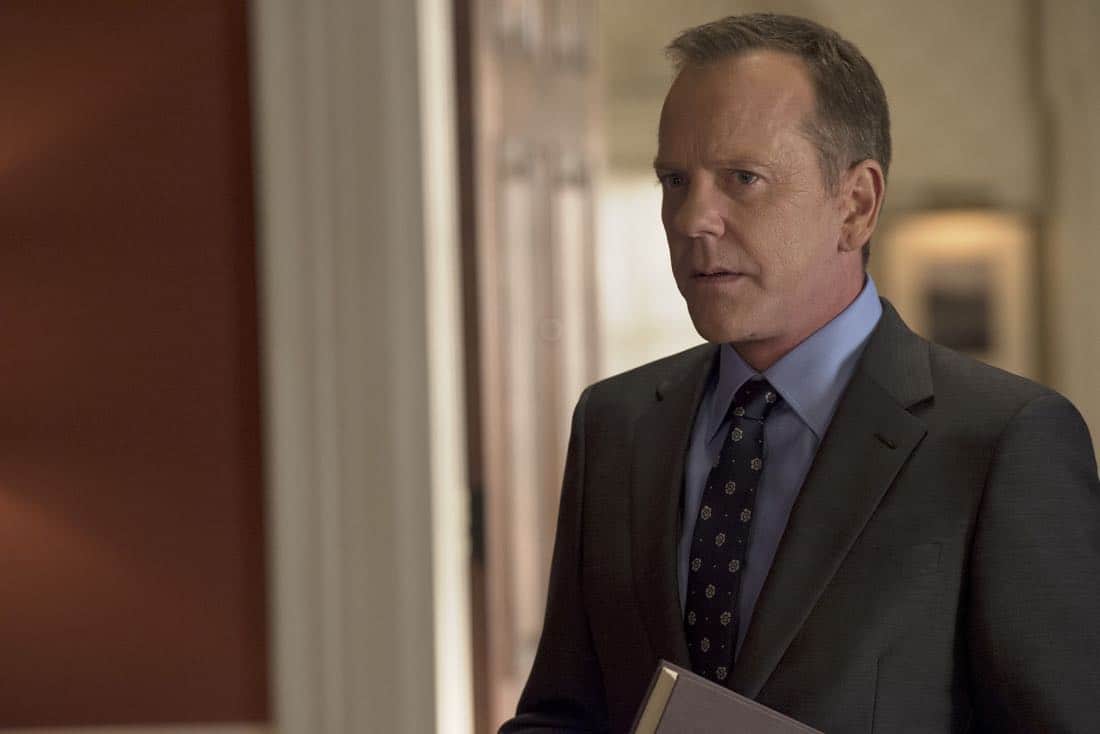 Designated Survivor will return for a third season as a global Netflix original.

The political drama starring Kiefer Sutherland will be helmed by showrunner Neal Baer from global studio Entertainment One (eOne).

Season 3 Synopsis: President Kirkman (Sutherland) will face a political reality… campaigning. What does it take to make a leader? What price will he be willing to pay? This season will explore today’s world of campaigning, smear tactics, debates, campaign finance and “fake news.” Democracy, as we know it, will hang in the balance.

Season 3 will go into production later this year and launch in 2019.

Seasons 1 and 2 come exclusively to Netflix in the U.S. and Canada this Fall.

Executive Producer Mark Gordon Quote: “The continuation of the show via Netflix is a win-win for all involved. The story of President Kirkman and those around him has not been fully told and we look forward to working with our new partner in continuing the show for a global audience.”

Kiefer Sutherland Quote: “I am thrilled to have the opportunity to play President Kirkman for season 3 of ‘Designated Survivor’ with Netflix, eOne and Neal Baer. I believe this format will allow us to continue to delve deeply into storylines and issues concerning the American electorate that were not previously possible.”

Bela Bajaria Quote: “Timely and gripping, Designated Survivor has quickened the pulses of our Netflix members outside the US and Canada in its first two seasons. The international audience for the show drove our interest to bring the show to the world as a Netflix original for its third season and we are excited to bring the first 2 seasons to our US and Canadian members as well.”