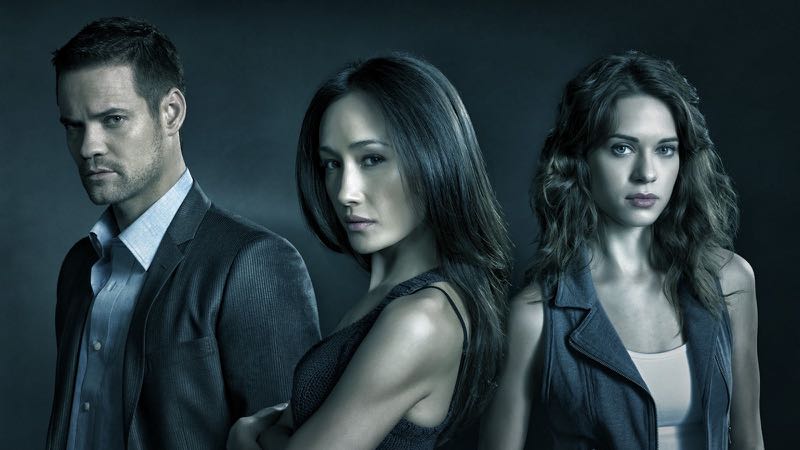 Avail 11/1
Artifact (2012)
First known as an actor, Jared Leto has also found success in the music industry with his band 30 Seconds to Mars. This documentary follows the band as it makes the album “This is War” while battling recording giant EMI in a pivotal lawsuit.

Babes In Toyland (1961)
Ray Bolger, Tommy Sands, Annette Funicello, Ed Wynn, Tommy Kirk, Kevin Corcoran, Henry Calvin Composer Victor Herbert’s operetta comes delightfully to life in this 1961 fantasy starring Annette Funicello as Mary Contrary, whose fiancé, Tom Piper, (Tommy Sands), is abducted by a pair of goons. It seems that dastardly Mr. Barnaby (Ray Bolger) — who covets Mary and her inheritance — dispatched the thugs to get Tom out of the picture. When the dim-bulb duo double-crosses the boss, it sets off a search for Tom and a slew of comical chases.

Bali: Season 1
Facing the everyday incidents of childhood with curiosity and imagination, thoroughly modern preschooler Bali enjoys life in the city with his family.

Kingpin (1996)
Woody Harrelson, Bill Murray, Randy Quaid, Chris Elliott, Vanessa Angel
The Farrelly brothers dumb down and goof up pro bowling — and gross us out in the process. After bowler Roy Munsen (Woody Harrelson) swindles the wrong crowd and is left with a hook for a hand, he settles into impoverished obscurity. That is, until he uncovers the next big thing: an Amish kid named Ishmael (Randy Quaid). So, the corrupt and the hopelessly naïve hit the circuit intent on settling an old score with Big Ern (Bill Murray).

In this stylish action-adventure, a stunt pilot stumbles across an experimental Nazi jet pack that transforms him into a one-man air force — and soon becomes a target for mobsters, spies, FBI agents and millionaire Howard Hughes.

Spike (2008)
Alexis Tomassian, Richard Duval, Med Hondo, Daniel Kamwa, Gilbert Levy, Michel Mella
Carrying the bag containing the letters to Santa Claus sent by children all around the world, one of Santa’s elves loses the letters and must attempt to retrieve them from a bank vault guarded by penguins and targeted by a polar bear.

Avail 11/3
The Princess Diaries 2: Royal Engagement (2004)
Anne Hathaway, Julie Andrews, Hector Elizondo, John Rhys-Davies, Heather Matarazzo, Chris Pine As the newly crowned princess of the tiny European country of Genovia, teen Mia Thermopolis is still trying to get used to her title — and as she’s groomed to become the nation’s future ruler, Mia learns an arranged marriage may be in store.

Avail 11/5
Fading Gigalo (2014)
John Turturro, Woody Allen, Vanessa Paradis, Liev Schreiber, Sharon Stone, Sofía Vergara
Middle-aged Fioravante and Murray are an unlikely gigolo and pimp in this farce about two cash-strapped friends who turn to the sex trade to make ends meet. Their new enterprise is fruitful, but things get complicated when romance enters the picture.

Avail 11/7
Virunga (2014) – Netflix Original
Determined to protect the last population of Africa’s mountain gorillas, Congolese wildlife officials must contend not only with outlaw poachers but the effects of fierce combat between government forces and die-hard insurgent groups

Sissy Spacek plays four different characters in this unusual family comedy about three young siblings — Elizabeth, Jeremy and Harry — who magically banish their overworked single mother and try out several new models found at the “Mommy Market.”After the unexpected death of their daughter, a couple, Stephanie and John Fareri, work to build a state of the art children’s hospital where families are welcomed into the healing process.

Nebraska (2013)
Bruce Dern, Will Forte, June Squibb, Stacy Keach, Bob Odenkirk, Rance Howard, Mary Louise Wilson When a cantankerous old boozer thinks he’s won a magazine sweepstakes prize, his son reluctantly takes a road trip with him to claim the fortune. As they drive from Montana to Nebraska, they visit friends and relatives to whom the dad owes money.

Avail 11/10
Helix: Season 1 (2014)
Summoned to an Arctic research facility to investigate a possible outbreak, a team from the Centers for Disease Control makes a shocking discovery: The outpost is host to a previously unknown virus that could wipe out every human on the planet.

Avail 11/11
Not Yet Begin the Flight (2012)
After his searing experiences as a pilot in the Vietnam War, retired Marine Eric Hastings turned to fly- fishing to help his personal healing process. As captured in this documentary, Hastings now offers the same solace to today’s wounded warriors.

Avail 11/13
Small Town Santa (2013)
Dean Cain, Christine Lakin, Derek Brandon
Already lacking any holiday spirit on the eve of Christmas, Sheriff Rick Langston sees his world turned upside down after he arrests a home intruder claiming to be Santa Claus. Will Rick find his inner elf with help from a new girl in town?

Trailer Park Boys Live At The North Pole (2014)
John Paul Tremblay, Robb Wells, Mike Smith
In a flashback to 1997, the boys celebrate the Christmas season by robbing the mall. But Bubba’s having trouble getting into the spirit of things.

Being a teenager is hard enough. Being a Wolfblood teenager is ten times more complicated. 14-year-old Maddy loves her abilities – heightened senses, being faster, stronger and more graceful – but hates the secrets that come with them.

Avail 11/19
Sabotage (2014)
Arnold Schwarzenegger, Sam Worthington, Olivia Williams, Terrence Howard, Joe Manganiello
With Arnold Schwarzenegger lending his intimidating presence, this action drama tracks a crack team of DEA agents plotting their own heist. While they manage to make off with $10 million, the daring thieves are soon being knocked off one by one.

Avail 11/21
Lilyhammer: Season 3 – Netflix Original
After testifying against the Mafia, ex-gangster Frank Tagliano enters witness protection and asks to be sent to Norway. Despite the peaceful surroundings, it’s not long before Frank strays from the straight and narrow.

Avail 11/22
Ida (2014)
Agata Kulesza, Agata Trzebuchowska, Dawid Ogrodnik, Joanna Kulig, Adam Szyszkowski, Jerzy Trela Raised in a Catholic orphanage during the Nazi occupation of Poland, Anna is poised to join the order when she learns she has a surviving aunt. But visiting the woman before taking her vows uncovers some inconvenient truths about her heritage.

Nikita is one of the most highly skilled assassins on the planet, and her target is the mysterious corporation that created her. The Division, as it’s known, picks up at-risk teens to train as killers, and Nikita will do anything to bring it down.

Snowpiercer (2013)
Chris Evans, Tilda Swinton, Jamie Bell
The Earth’s remaining inhabitants are confined to a single train circling the globe as revolution brews among the class-divided cars. Based on a French graphic novel and set in a new ice age, this futuristic thriller stars a top-notch ensemble cast.

Avail 11/23
Happy Christmas (2014)
Anna Kendrick, Melanie Lynskey, Mark Webber
After splitting up with her boyfriend just before the holidays, a young woman moves in with her older brother and his family. But as she tries to climb out of her rut and start over, her self-destructive behavior gets in the way.

Avail 11/25
Beyond the Edge (2013)
Edmund Hillary’s 1953 ascent of Mt. Everest was an event that amazed the world and led to a new age of mountaineering and ambitious exploration. Hilary’s triumphant saga is retold using both modern footage, and recordings and photos from the time.

Running from Crazy (2013)
Plagued by her family’s history of mental illness, including the suicides of her uncle Ernest and her sister Margaux, actress Mariel Hemingway becomes an advocate for suicide prevention and strives to find balance in her life.

War Story (2014)
Catherine Keener, Ben Kingsley, Hafsia Herzi, Vincenzo Amato, Donatella Finocchiaro, Guido Caprino After being held hostage in Libya, a war photographer struggles to cope with PTSD and takes some time off to heal in Sicily, where she tries to help a Tunisian immigrant who desperately needs an abortion.

Avail 11/26
Bomb Girls: Season 3
Focusing on a group of women working in a Canadian munitions factory during World War II, this ensemble drama depicts the dangers and new experiences they face. While drawn from diverse backgrounds, the women soon form strong bonds with their peers.

VeggieTales in the House (2014) – Netflix Original
Phil Vischer, Mike Nawrocki, Rob Paulsen
The beloved faith-based brand hits the small screen with a fresh new look and all-new adventures. Join Bob the Tomato, Larry the Cucumber, and all their veggie friends as they explore new areas of their wondrous house while singing catchy, original songs included in each episode. Perfect for young families, this laugh-out-loud comedy seamlessly weaves good moral values into each episode in a fun, exciting way for Veggie lovers of all ages.

Avail 11/27
Bill Cosby 77 (2012) – Netflix Original
Bill Cosby invites you in to share his birthday and 77 years of laughs, wisdom and hilarious insights in his latest stand-up special. Dr. Cosby shares intimate and wildly entertaining stories from his childhood, first loves, and the endless adventure of parenthood. Directed by Robert Townsend and shot at the San Francisco Jazz Center, this special features the master at the top of his craft.

Avail 11/29
The One I Love (2014)
Mark Duplass, Elisabeth Moss, Ted Danson
Confronted with the potential end of their marriage, Ethan and Sophie take off for a weekend together, hoping to negotiate their future. When they reach their idyllic destination, however, the couple strolls into a bizarre new brand of trouble.

Trailer Park Boys 3: Don’t Legalize it (2014)
John Paul Tremblay, Robb Wells, Mike Smith
The Trailer Park Boys are back. But these are tough times for Ricky, Julian, and Bubbles, and for everyone in Sunnyvale Trailer Park. Julian is broke. With all his latest money-making plans having failed, he’s forced to concoct his greasiest scheme ever. To make it even greasier, he has to do business with his arch-enemy, Cyrus, who’s waiting in Montreal to close the dirty deal.

Determined to escape her past, 18-year-old Angelina moves to San Francisco, where she becomes Cherry, an innocent-but-sexy adult film star. Her provocative new life brings fame, money, and acquaintances who have a variety of motives.

The Grand Seduction (2013)
Brendan Gleeson, Taylor Kitsch, Liane Balaban
The cash-strapped burg of Tickle Cove must persuade a doctor to move to town if they want a plastics manufacturer to build a new factory there. But selling the advantages of the tiny Newfoundland village to a young professional won’t be easy.