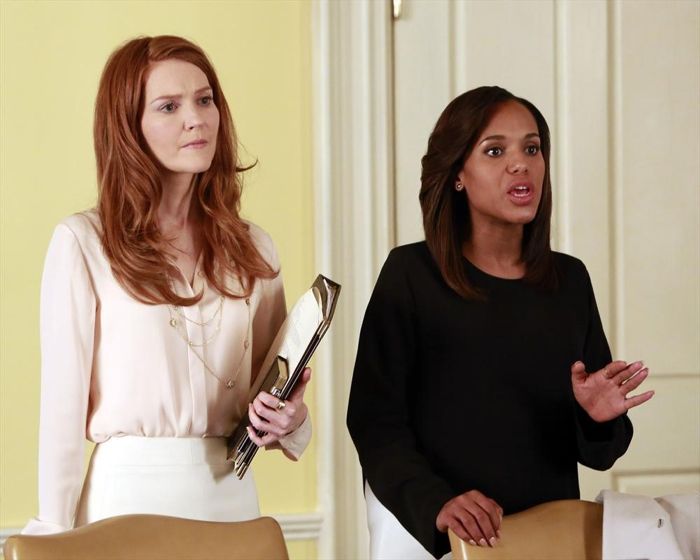 Adventures in Babysitting (1987)
Elisabeth Shue, Maria Brewton, Keith Coogan, Anthony Rapp, Vincent D’Onofrio, Penelope Ann Miller When Chris agrees to baby-sit for the Andersons after her boyfriend stands her up, it’s hardly the boring night she expected. Chris takes the kids along on an errand to downtown Chicago, but one flat tire leads to an outrageous all-night fiasco.

Broadway Idiot (2013)
Join Green Day frontman Billie Joe Armstrong as he prepares for the debut of American Idiot, the Broadway sensation based on the band’s 2004 album. The film reveals the jarring disconnect as Armstrong navigates the worlds of punk and legit theater.

Forrest Gump (1994)
Tom Hanks, Robin Wright, Gary Sinise, Mykelti Williamson, Sally Field, Rebecca Williams
Forrest Gump, a simpleminded man, finds himself in the middle of nearly every major event of the 1960s and ’70s. Along the way, he makes friends, changes lives and yearns for his childhood sweetheart, Jenny.

Hook (1991)
Dustin Hoffman, Robin Williams, Julia Roberts, Bob Hoskins, Maggie Smith, Caroline Goodall
Peter Pan grows up to become a soulless corporate lawyer whose workaholism could cost him his wife and kids. But when his kids are kidnapped by a vengeful Capt. Hook, Peter is forced to return to Neverland, where he gets a chance at redemption.

Kill Bill Vol. 1 (2003)
Uma Thurman, Lucy Liu, Vivica A. Fox, Daryl Hannah, David Carradine, Michael Madsen, Julie Dreyfus In the first volume of this gritty revenge saga, an assassin is shot at the altar by her ruthless employer, Bill, and other members of their assassination circle. But she survives and sets out to kill all those who wronged her, saving Bill for last.

Kill Bill Vol. 2 (2004)
In the second installment of Quentin Tarantino’s action thriller, The Bride has three left on her rampage list: Budd, Elle Driver and, of course, Bill himself. But when she arrives at Bill’s house, she’s in for a surprise.

Psych: Season 7
Shawn Spencer appears to possess a nearly supernatural gift for crime-solving — so much so that the police begin employing his services as a psychic.

Top Gear: Series 20
The world’s biggest car show features insane stunts, crazy challenges and serious speed. In Season 20, the boys race a car against a yacht, test out the new London bus, and drive across Spain.

Much Ado About Nothing (2012)
Amy Acker, Alexis Denisof, Nathan Fillion, Fran Kranz, Sean Maher, Clark Gregg, Reed Diamond
In Joss Whedon’s modern take on the Shakespearean comedy, Claudio’s love for the beautiful Hero makes him a target of his friend Benedick’s mockery. But as Benedick trades barbs with Hero’s cousin Beatrice, he just may be falling in love.

American Dad!: Season 8
This comedy follows a conservative CIA agent and his eccentric brood, which includes a talking goldfish with the brain of an East German athlete.

Apartment 1303 (2012)
Mischa Barton, Rebecca De Mornay, Julianne Michelle, John Diehl, Kathleen Mackey, Madison McAleer Having grown up under the controlling grip of her fame-hungry mother, Janet Slate jumps at the opportunity to move into what looks to be a great high-rise apartment in downtown Detroit. While the neighbors seem a bit strange and the building superintendent a lowlife, Janet unpacks her things and celebrates her new freedom, only to wake in the morning with a mean headache and strange bruises on her neck. Determined not to return to her Mother’s home, Janet stays in the apartment in spite numerous chilling encounters, until one night her boyfriend Mark finds her in the middle of the street, fallen from the balcony thirteen stories above. Deemed a suicide by investigators, Lara, Janet’s older sister, knows better and is determined to reveal the truth behind her baby sister’s death. What Lara finds is far more frightening and unexplainable than she had fathomed possible.

Eddie Murphy: Delirious (1983)
Flashing the wild stand-up comedy that made him a household name, Eddie Murphy unleashes uncensored observations and parodies in this 1983 live show. Murphy’s outrageous act varies from his vivid childhood memories to his classic impressions.

Jenny McCarthy’s Dirty Sexy Funny (2014)
A roster of female comics join McCarthy for stand-up and sketches devoted to the modern woman, from careers to dating to single motherhood.

Miss Pettigrew Lives for a Day (2008)
Frances McDormand, Amy Adams, Lee Pace, Ciarán Hinds, Shirley Henderson, Tom Payne, Mark Strong When her gruff demeanor costs her yet another nanny position, desperate Guinevere Pettigrew lands a job as the assistant of an aspiring American actress and soon gets swept up in a dizzying world of glamour and high society.

Sanctum (2011)
Richard Roxburgh, Rhys Wakefield, Ioan Gruffudd, Alice Parkinson, Dan Wyllie, Christopher Baker
This breathtaking thriller follows the adventures of diver Frank McGuire, who heads an expedition to map a network of underwater caverns. When a tropical storm cuts off their exit, the team must use all their resources to find a route to the surface.

Scandal: Season 3
Olivia Pope leads a team of Washington, D.C., lawyers who specialize in making scandals disappear. As they secretly handle crises at the highest levels of government, the dysfunctional team must also cope with problems closer to home.

Brave Miss World (2013)
On the eve of her Miss World win, Linor Abargil was abducted and raped, a trauma she turned into a
story of hope she delivers around the world. This film documents her speaking tour, including her first trip back to her native Italy since her ordeal.

These Birds Walk (2013)
This inspiring documentary profiles both legendary humanitarian Abdul Sattar Edhi and a young boy named Omar, who has fled his abusive family. Living at one of Edhi’s orphanages in Karachi, Pakistan, Omar attempts to find safety and peace.

Derek: Season 2
Ricky Gervais created and stars in this heartwarming comedy-drama as Derek, a loyal nursing home caretaker who sees only the good in his quirky co-workers as they struggle against prejudice and shrinking budgets to care for their elderly residents.

Wicker Park (2004)
Josh Hartnett, Rose Byrne, Matthew Lillard, Diane Kruger, Christopher Cousins, Jessica Paré
On the verge of tying the knot, a young advertising executive puts his plans on hold when he spots his long-lost love — who disappeared without explanation. Pretending to leave on a business trip, he instead pursues a trail of clues to find her.

For Your Eyes Only (1981)
Roger Moore, Carole Bouquet, Topol, Lynn-Holly Johnson, Julian Glover, Cassandra Harris, Jill Bennett This entry in the überpopular film franchise finds the indomitable James Bond tasked with recovering a top-secret device capable of directing ballistic missiles from nuclear submarines — before the Soviets get their hands on it.

From Russia with Love (1963)
Sean Connery, Daniela Bianchi, Pedro Armendáriz, Lotte Lenya, Robert Shaw, Bernard Lee
James Bond is back — and so are the bullets, beauties and bad guys. You’ll be shaken and stirred by Sean Connery’s second outing as 007, which finds him paying the price for his previous adventure when SPECTRE seeks revenge for Dr. No’s death.

You Only Live Twice (1967)
Sean Connery, Akiko Wakabayashi, Mie Hama, Tetsurô Tanba, Teru Shimada, Karin Dor
After American and Soviet spaceships disappear, the two countries trade blame for the incidents — and as the nations edge toward war, James Bond is tasked with getting to the bottom of another international mystery.

THE YEAR OF GODZILLA! – All titles Avail 5/1

Godzilla vs. Mothra (1964)
When Tokyo is again threatened by Godzilla, officials believe the key to defeating the mutant may involve a giant moth goddess from a remote island. Two of Mothra’s diminutive followers, who are looking for the insect’s missing egg, broker the deal.

Godzilla: King of the Monsters (1956)
When nuclear testing awakens a 400-foot-tall amphibian from its 1,000-year slumber, the giant’s rampage reduces Tokyo to rubble. Raymond Burr drops in on this English-dubbed version of the Japanese gigantimonster flick that spawned many sequels.

Godzilla’s Revenge (1969)
With the aid of his vivid imagination, a bullied boy whisks himself away to the fantastical Monster Island, where he makes friends with Godzilla’s son, Minya, and finally learns how to stand up for himself.