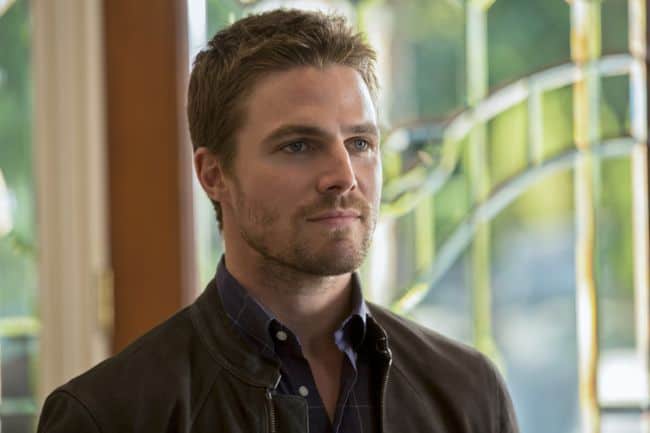 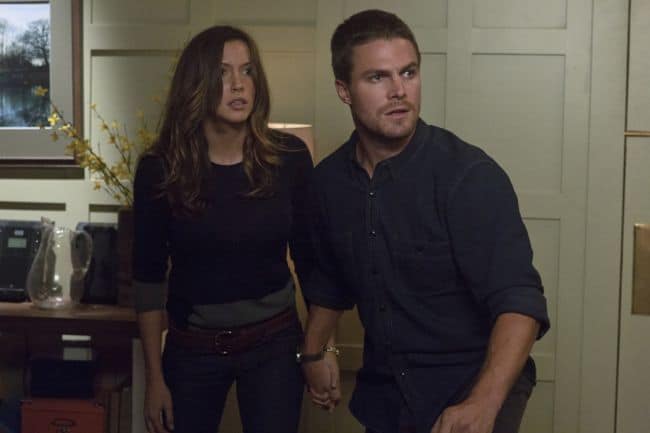 Avail 10/7
Marc Maron: Thinky Pain – Streaming exclusively on Netflix
Marc Maron returns to his old stomping grounds of New York for an intimate special at the historic Village Gate. As always, Maron is raw and hilariously honest as he dissects his own neuroses and self-loathing while providing outrageous anecdotes from his personal life.

Avail 10/9
Arrow: Season 1
This adaptation of the story of DC Comics’ Green Arrow stars Stephen Amell as the titular character, an affluent playboy who becomes an archer superhero at night, saving the city from villains with his special arrows.

Avail 10/14
Russell Peters: Notorious
The Netflix comedy special “Notorious” was filmed live at the Allphones Arena in Sydney, Australia and features global phenomenon Russell Peters as he brings his laugh-out-loud observational comedy to audiences for his world tour of the same name. He uses humor and blends in stories about his Anglo-Indian family to touch on racial, ethnic, class and cultural stereotypes.  In addition, there is a four
part docu-series, “Russell Peters Vs. The World” that follows Peters on his global Notorious tour.

Avail 10/25
The Carrie Diaries: Season 1
Before bylines, the Big Apple and Mr. Big, Carrie Bradshaw was a teenager of the ’80s. In this prequel to “Sex and the City,” she navigates high school while harboring dreams of becoming a writer.

Relive some of your past favorite series on Netflix!

Avail 10/24
Redemption (2013)
Jason Statham, Agata Buzek, Vicky McClure, Benedict Wong, Ger Ryan, Victoria Bewick
Back home after a harrowing tour in Afghanistan and haunted by his dark past, veteran Joey Jones takes on an assumed identity and tries to atone. But when his pregnant girlfriend is murdered, he must risk stepping into the light to get revenge.

Get scared with Netflix this Halloween!

Avail 10/1
Evil Dead 2: Dead by Dawn (1987)
Bruce Campbell, Sarah Berry, Dan Hicks, Kassie Wesley DePaiva , Ted Raimi, Denise Bixler
Stranded in a cabin in the woods, Ash (Bruce Campbell) and his girlfriend accidentally invoke a spell that causes the Evil Dead to rise and kill! As a lone man pitted against hordes of walking corpses, can Ash survive until the safety of sunrise? Thanks to director Sam Raimi’s whip-crack direction and Campbell’s comedic skills, this cult horror classic produces an improbable blend of hair-raising fear and gales of laughter.

Avail 10/11
Paranormal Activity 4: Unrated Edition (2012)
Katie Featherston, Kathryn Newton, Stephen Dunham, Matt Shively, Alexondra Lee, Sara Mornell
The chilling saga of the young and psychotic Katie turns a new page, and the homicidal spirit she embodies claims a new gallery of victims. As the atmosphere goes from strange to stranger, a mysterious husband, wife and child move in down the block.

Celebrate 20 years of The X-Files with Netflix!

The X-Files (The Complete Series)
Tracing both their personal and professional lives, this award-winning Fox series centers on FBI agents Scully (Gillian Anderson), a skeptic, and Mulder (David Duchovny), a believer, and their efforts to uncover a government conspiracy to hide evidence of extraterrestrial activity. From voodoo curses to bodies found in California that are missing various internal organs, the chilling show also stars Mitch Pileggi and Robert Patrick.