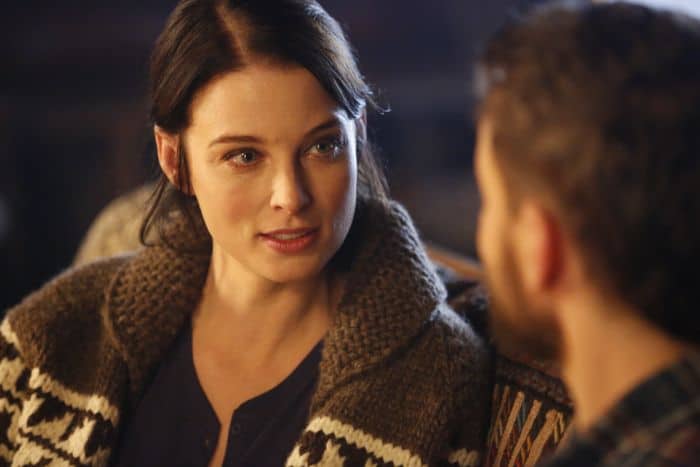 New on Netflix in July 2014! All title dates are subject to change.

Avail 7.1
12 Angry Men (1957)
Henry Fonda, Lee J. Cobb, Ed Begley, E.G. Marshall, Jack Warden, Martin Balsam, John Fiedler
Knowing full well that a guilty verdict means death, a jury of 12 men (including Jack Warden and Jack Klugman) must decide the fate of an 18-year-old boy accused of fatally stabbing his father. But only one juror (Henry Fonda) wants to take the time to coolly deliberate the case. Sidney Lumet (Network) made his directorial debut with this Oscar-nominated drama that illuminates all the petty impediments on the path to justice.

Boyz N the Hood (1991)
Laurence Fishburne, Ice Cube, Cuba Gooding Jr., Nia Long, Morris Chestnut, Tyra Ferrell, Angela Bassett In this thoughtful drama, a South Central Los Angeles high schooler struggles to stay straight in a community polluted by drugs, violence and racism — and his cynical but devoted father will accept nothing less than the best from him.

City of God (2002)
Alexandre Rodrigues, Leandro Firmino, Jonathan Haagensen, Phellipe Haagensen, Douglas Silva Growing up in a Rio de Janeiro favela, Rocket is able to avoid being drawn into a life of drugs and crime by having a passion for photography. Through his eyes, the dramatic stories of several of the slum’s colorful residents unfold.

Fever Pitch (1997)
Colin Firth, Ruth Gemmell, Neil Pearson, Lorraine Ashbourne, Mark Strong, Luke Aikman, Holly Aird With the football championships around the corner, an English literature teacher at a British high school who’s a loyal Arsenal soccer fan doesn’t have time for love — or so he thinks until he meets a woman whose devotion lies elsewhere.

Honey, I Shrunk the Kids (1989)
Rick Moranis, Matt Frewer, Marcia Strassman, Kristine Sutherland, Thomas Wilson Brown
Wayne Szalinski spends many days and nights trying to get his wacky miniaturization machine to work. No such luck — until one day, he unknowingly shrinks his children down to microscopic size and tosses them outside in the trash.

Patton (1970)
George C. Scott, Karl Malden, Michael Bates, Edward Binns, Lawrence Dobkin, John Doucette
Gen. George S. Patton earned the nickname “Blood and Guts” for his determination on the battlefield. This epic-scale production follows the commander as he guides his troops across Africa and Europe, illuminating a man whose life was defined by war.

Philadelphia (1993)
Tom Hanks, Denzel Washington, Jason Robards, Mary Steenburgen, Antonio Banderas, Ron Vawter In this heartfelt drama, Philadelphia attorney Andrew Beckett launches a wrongful termination suit against the hand that feeds him when his law firm finds out about his HIV-positive status — and his homosexuality — and fires him.

Primal Fear (1996)
Richard Gere, Laura Linney, John Mahoney, Alfre Woodard, Frances McDormand, Edward Norton When a blood-spattered altar boy is found running from a murder scene, his conviction seems certain. But when an arrogant defense attorney steps in, the issue of the boy’s possible guilt may be less important than winning the case.

The Karate Kid II (1986)
Pat Morita, Ralph Macchio, Danny Kamekona, Nobu McCarthy, Yuji Okumoto, Tamlyn Tomita
In this high-kicking sequel, karate champ Daniel LaRusso and his mentor, Mr. Miyagi, travel to Okinawa, where Miyagi visits his dying father and rekindles his feelings for a former flame — which leads to a confrontation with a longtime rival.

The Manchurian Candidate (2004)
Denzel Washington, Meryl Streep, Liev Schreiber, Kimberly Elise, Jon Voight, Vera Farmiga
In this remake of the 1962 political thriller, two U.S. soldiers are taken captive during the first Gulf War and brainwashed so they’re programmed to rebel once they return home. Several years later, one of them lands on the vice presidential ticket.

The Parent Trap (1998)
Lindsay Lohan, Dennis Quaid, Natasha Richardson, Elaine Hendrix, Lisa Ann Walter, Simon Kunz
When Hallie Parker and Annie James meet at summer camp, they think they have nothing in common — only to discover that they’re identical twins. Soon, they’re up to their freckles in a scheme to switch places and get their parents back together.

Under the Tuscan Sun (2003)
Diane Lane, Sandra Oh, Lindsay Duncan, Raoul Bova, Vincent Riotta, Mario Monicelli, Roberto Nobile After divorcing her cheating husband, Frances Mayes tries to overcome her depression and writer’s block by taking a vacation to Tuscany. Charmed by the location, she impulsively decides to buy a villa there.

Winnie the Pooh: Springtime with Roo (2004)
David Ogden Stiers, Jim Cummings, John Fiedler, Kath Soucie, Peter Cullen, Jimmy Bennett
Spring has sprung, and baby Roo is excited to get out and explore and make new friends. But Rabbit seems preoccupied with spring cleaning, instead of embracing his usual role of playing Easter Bunny.
Leave it to Roo to show Rabbit — through love — that it’s more important who you love and not who’s in charge. Winnie the Pooh, Tigger and all of A.A. Milne’s cherished characters are on hand to celebrate the season and the blessings of friendship.

Avail 7.4
Knights of Sidonia: Season 1 (2014)
The heroic pilot Nagate rises from obscurity to become the newest pilot defending the world of Sidonia against the evil Gauna aliens.

Avail 7.6
Renoir (2012)
Michel Bouquet, Christa Theret, Vincent Rottiers, Thomas Doret, Romane Bohringer, Michèle Gleizer
In 1915, elderly painter Pierre-Auguste Renoir is crippled by both loss and arthritis, but when vibrant teenager Andrée brightens his life, he finds new purpose — as does his son Jean, a wounded soldier who is inspired by Andrée’s love of cinema.

Avail 7.9
Homefront (2013)
Jason Statham, James Franco, Winona Ryder, Kate Bosworth, Rachelle Lefevre, Frank Grillo
When ex-DEA agent Phil Broker is widowed, he moves with his 10-year-old daughter to a small town in pursuit of a quiet life, but he finds his dream destroyed by a murderous drug trafficker, Gator, and his gang of meth-making thugs.

Out of the Furnace (2013)
Christian Bale, Woody Harrelson, Casey Affleck, Sam Shepard, Zoe Saldana, Forest Whitaker, Willem Dafoe
Working-class siblings Russell and Rodney Baze are desperate to flee the Rust Belt and find better lives. But when a twist of fate lands Russell in jail, Rodney gets mixed up with a crime syndicate — and their brotherly bond is soon put to the test.

The Battered Bastards of Baseball (2014)
This documentary tells the little-known story of how actor Bing Russell (of TV’s “Bonanza”) created an independent baseball team in the 1970s. Armed with big-time dreams and plenty of spirit, Russell’s Portland Mavericks become lovable underdogs.

Avail 7.14
Hitch (2005)
Will Smith, Eva Mendes, Kevin James, Amber Valletta, Julie Ann Emery, Adam Arkin, Robinne Lee Smooth and sexy Hitch helps clueless clients make a great first impression with their dates so they can get to the second date. But when a lovely gossip reporter starts nosing around his business, Hitch has to figure out a whole new strategy to love.

The Master (2012)
Joaquin Phoenix, Philip Seymour Hoffman, Amy Adams, Laura Dern, Ambyr Childers, Rami Malek Freddie, a volatile, heavy-drinking veteran who suffers from post-traumatic stress disorder, finds some semblance of a family when he stumbles onto the ship of Lancaster Dodd, the charismatic leader of a new “religion” he forms after World War II.

Avail 7.15
The Last Days (2013)
Quim Gutiérrez, José Coronado, Marta Etura, Leticia Dolera, Mikel Iglesias, Ivan Massague
As the city of Barcelona falls prey to a psychological epidemic called the Panic, residents are terrified to go outside. After hiding in their office for months, a programmer and a management consultant venture out, only to find a lawless society.

Avail 7.18
Baby Daddy: Season 3
New York bartender Ben unexpectedly becomes a parent when an ex-girlfriend drops off a baby girl for him to raise. But with lots of help from his mother and a childhood friend who secretly has a crush on him, he steps into the role of dad.

Melissa & Joey: Season 3
Single politician Melissa has her life turned upside-down when she is made guardian of her niece, Lennox, and nephew, Ryder. She hires Joe, an unemployed stockbroker, as a live-in “manny” (male nanny) to help out, a job he hopes will be temporary.

Avail 7.24
Lost Girl: Season 4
After discovering she’s a succubus who sustains herself by feeding on the sexual energy of humans, seductive Bo sets out on a journey to understand herself and her kind — and to help people she encounters on her travels.

Avail 7.26
Christmas with the Kranks (2004)
A break from the frenetic activity of Christmas is what Luther Krank and his wife have in mind when they decide to skip the holiday, nixing the tree and the rooftop Frosty. But can they handle the fallout from their crestfallen family and neighbors?

Continuum: Season 3
Kiera Cameron is a police officer in 2077 swept along when a gang of condemned terrorists escapes their sentences by traveling back in time to 2012.