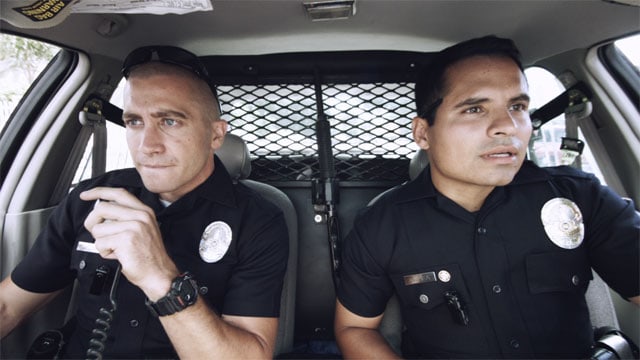 In this surprising spin on a classic horror setup, five friends arrive at a secluded cabin with clear instructions for their anticipated mountain getaway. But when the rigid rules are broken, punishment is swift — and everyone will pay.

Determined to get his fiancée to Los Angeles to take advantage of an amazing opportunity, Charlie Bronson breaks out of the witness protection program to drive her — and soon the two are being chased by the feds and Charlie’s old gangster buddies.

Moving to a new town proves even more stressful for a teenage girl when she learns that the house next door was the site of a double murder. But after making friends with the victims’ son, she realizes there may be more to the story.

In this coming-of-age comedy that picks up where the popular series left off, Will, Simon, Jay and Neil go on holiday to Crete after a series of unfortunate events unfolds during their final week at Rudge Park Comprehensive.

This outlandish comedy chronicles the glorious efforts of despotic General Aladeen, dictator of the Republic of Wadiya, to oppress his people and fight democracy. Helping the tyrant maintain his rule at all costs is an all-female security force.

Ambitious high school senior Carson Philips is bent on escaping his narrow-minded hometown for college. His last few weeks of school unwind in flashback — until the fateful day when lightning strikes.

Officers Taylor and Zavala patrol the streets of South Central Los Angeles, an area of the city ruled by gangs and riddled with drug violence. Their perilous beat is captured on security footage and with the HD cameras of cops, criminals and victims.

When pregnant, 12-year-old Tui tries to kill herself in a freezing New Zealand lake, Detective Robin Griffin has plenty of questions for the girl. But when Tui suddenly disappears, Griffin finds herself knee-deep in small-town secrets.

In this action-driven animated series, teen phenom Tony Stark takes to the skies with help from an ingeniously engineered suit of armor, taking down villains to learn the truth about his late father’s mysterious passing.

“Family Guy” creator Seth MacFarlane strikes again with this animated comedy about politically conservative CIA agent Stan Smith and his eccentric brood, a family unit that includes a talking goldfish with the brain of an East German athlete.

In the same way Murderball, winner of the 2005 Audience Award for Best Documentary at the Sundance Film Festival, took the lid off the competitive world of “wheelchair rugby,” Sundance Channel is bringing an unfettered, uncensored glimpse at what it means to be sexy, ambitious and living with paralysis in Hollywood with Push Girls, a new original non-fiction series.

Arrested is back!  It’s the story of a wealthy family that lost everything, and the one son who had no choice but to keep them all together. It’s “Arrested Development,” the Emmy Award and Golden Globe-winning series starring one of the funniest ensembles in TV comedy.

The Fall is an upcoming British crime-drama series created by Allan Cubitt. The series stars Gillian Anderson as Stella Gibson, a senior police officer investigating a string of murders in Belfast, Northern Ireland.

Dumbo is a baby elephant born with oversized ears and a supreme lack of confidence. But thanks to his even more diminutive buddy — Timothy the Mouse — the pint-sized pachyderm learns to surmount all obstacles.

After a tough breakup with girlfriend and fellow detective Gwen (JoBeth Williams), Detective Joe Bromowski (Sylvester Stallone) gets a new lady and partner in crime prevention — his meddlesome mom (Estelle Getty). Joe’s mom instantly gets on his nerves by doing everything from cleaning his house to washing his gun, but the fun really begins when she botches an important undercover job.

Recap: Movies mom can treat herself to this Mother’s Day:

An Officer and a Gentleman (1982) – Romantic Drama

Dreams of being a Navy pilot prompt Zack Mayo (Richard Gere) to enroll in officer training school, where he runs afoul of a drill instructor (Oscar winner Louis Gossett Jr.) who senses the cadet’s loner instinct and aims to school him on the importance of teamwork — or break him in the process. In the meantime, Mayo romances a working girl (Debra Winger), ignoring warnings to steer clear of the local lasses out to bag hotshot Navy flyboys.

When the grim reaper (Brad Pitt) comes to collect the soul of megamogul Bill Parrish (Anthony Hopkins), he arrives with a proposition: Host him for a “vacation” among the living in trade for a few more days of existence. Parrish agrees, and using the pseudonym Joe Black, Death begins taking part in Parrish’s daily agenda and falls in love with the man’s daughter (Claire Forlani). Yet when Black’s holiday is over, so is Parrish’s life.

San Francisco’s premier wedding planner, Mary Fiore, is saved from an accident by the man of her dreams — only to discover that he happens to be her latest client’s fiancé in this old-fashioned romantic comedy.

Tom Cruise stars as a hotshot flyboy who struggles to control himself,  responsibility and a steamy love affair while competing at the U.S. Navy’s fighter-weapons school, better known as Top Gun. Anthony Edwards plays his loyal co-pilot.

This musical remake of the infectious 1984 hit finds dance-lovin’, big-city kid Ren MacCormack stuck in a small town where dancing is illegal. As he rebels against the town and its influential Rev. Moore, Ren falls for the pastor’s lovely daughter.

Working-class misfit Andie thinks her dreams have come true when rich, popular Blane asks her to prom in this coming-of-age classic from John Hughes. Meanwhile, Andie’s best friend Duckie pines for her.

In this charming teenage spin on “Pygmalion,” jock and class president Zack Siler accepts his friends’ bet to make over the geeky, bespectacled Laney Boggs into a prom queen beauty. But along the way, Zack falls in love with his sparkling creation.