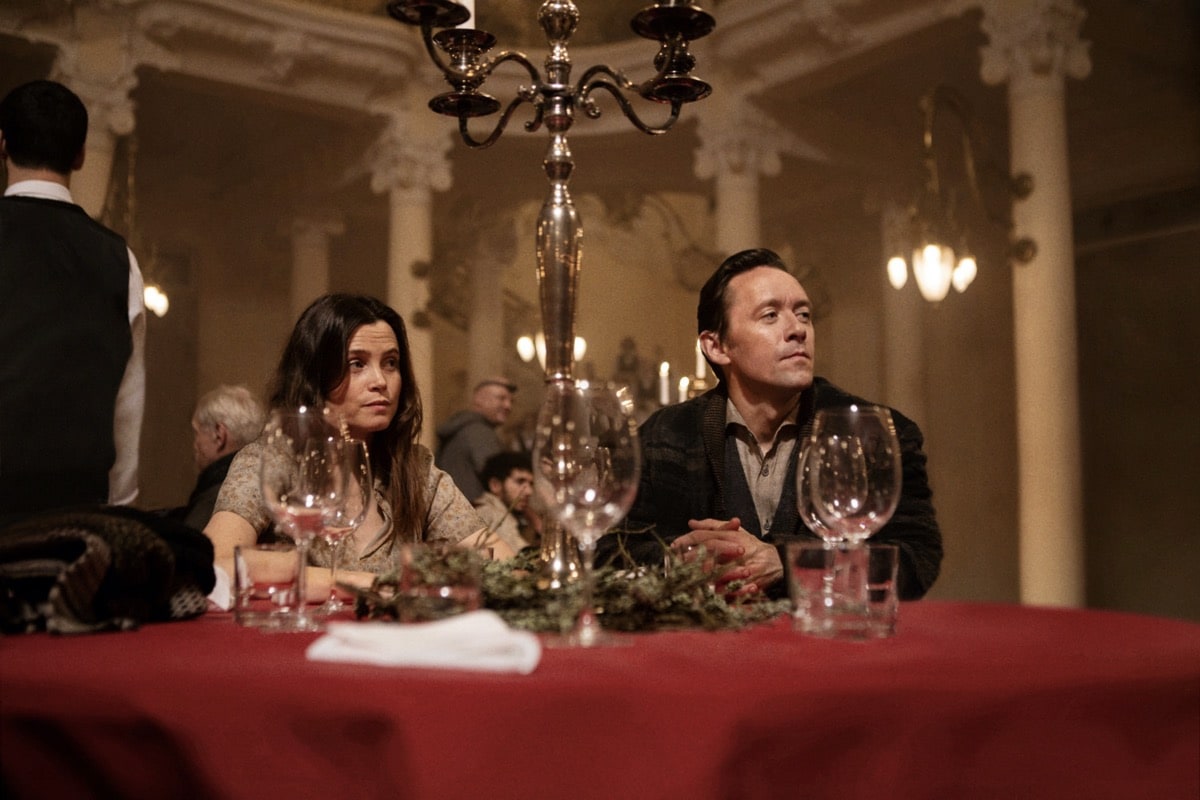 Today Netflix debuts the main trailer for Cadaver – the first Norwegian Netflix film. The film is written and directed by the young and talented director Jarand Herdal and stars Gitte Witt, Thorbjørn Harr and Thomas Gullestad. Cadaver will launch October 22 globally on Netflix.

Cadaver is a Norwegian psychological horror film that takes us on a journey where humanity is being put to a test and stars among others Gitte Witt (The impossible), Thorbjørn Harr (Vikings, July 22), Thomas Gullestad (The 12th Man) and Kingsford Siayor, known from Norwegian Netflix original Home for Christmas.

In the starving aftermath of a nuclear disaster, Leonora (Gitte Witt), Jacob (Thomas Gullestad) and their daughter Alice (Tuva Olivia Remman) are on the edge of survival. One day, the local hotel invites survivors to attend a theatre play, with a meal included, as a charitable effort to help those in need. Left with no choice, the family of three decide to go to the hotel, where the director, Mathias (Thorbjørn Harr), introduces the entire hotel as the stage. Attendees are given masks to help separate them from actors, but the play takes an eerie turn when audience members start to disappear. The line between reality and theatre quickly gets blurred, until Alice disappears in front of Leo and Jacob, and there’s no longer room for doubt: Something is very wrong with Mathias’ hotel.

The film is produced by Espen Horn and Kristian Strand Sinkerud from Motion Blur Films, also the production company behind the newly announced Netflix filmsTroll and another yet untitled Netflix original series. Cadaver is set to launch exclusively on Netflix globally October 22.

Find more about Cadaver at www.netflix.com/cadaver

Netflix is the world’s leading streaming entertainment service with 193 million paid memberships in over 190 countries enjoying TV series, documentaries and feature f193ilms across a wide variety of genres and languages. Members can watch as much as they want, anytime, anywhere, on any internet-connected screen. Members can play, pause and resume watching, all without commercials or commitments.