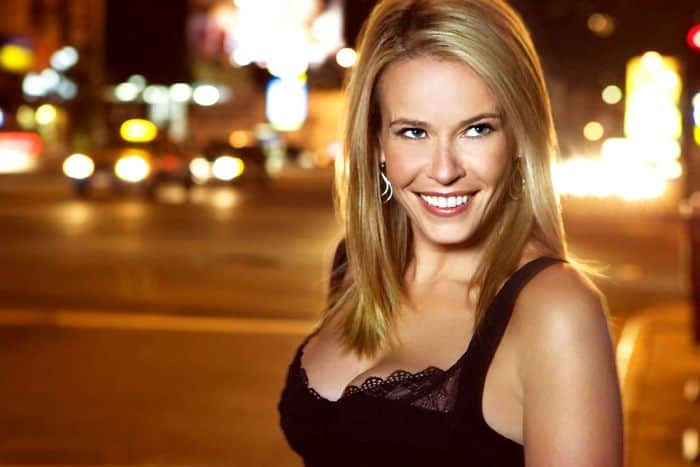 “Jim Jefferies, Chelsea Handler, Bill Cosby, Bill Burr and Chelsea Peretti are some of the funniest comedians of our time who will have our viewers in stitches,” said Lisa Nishimura, vice president of original documentary and comedy programming at Netflix. “We are thrilled to bring this diverse slate of talent and their unique, multi-faceted and hilarious points of view exclusively to our members around the world.”

Chelsea Handler headlines her first stand-up special exclusively for Netflix at 12:01 a.m. Pacific on Friday, October 10 in “Uganda Be Kidding Me Live,” the culmination of Handler’s wildly popular international stand-up comedy tour in support of her fifth New York Times #1 Bestseller, Uganda Be Kidding Me. Using personal photos to enrich her stories and comedy, Handler regales the audience with absurd tales of her global travels and the ridiculous characters in her life, all the while offering her signature unabashed opinions on subjects ranging from her expectations of sexual partners, to the very real problem of dolphin rape. “Uganda Be Kidding Me Live” is executive produced by Chelsea Handler, Tom Brunelle and Brad Wollack.

Chelsea Peretti brings a reimagining of the hour-long special, exclusively to Netflix in “One of the Greats,” at 12:01 a.m. Pacific on Friday, November 14. Her unique delivery, writing, physicality, and mind shine in this dark yet silly, tightly-constructed material, filmed live at the Palace of Fine Arts in San Francisco. The production opens a new window into the singular voice of the Brooklyn 99 star and showcases her diverse talents as an actor, standup, writer, and motorcycle enthusiast. “One of the Greats” is executive produced by Chelsea Peretti, Christie Smith, Mike Berkowitz, Brian Volk-Weiss, Cisco Henson and Lance Bangs.

In Bill Cosby’s latest special, “Bill Cosby 77,” he brings his singular point of view and comedy to his favorite topics, relationships, marriage and children. Taped at the SF Jazz Center in San Francisco on Cosby’s 77th birthday and directed by Robert Townsend, the concert will premiere only on Netflix at 12:01 am Pacific on Friday, November 28.

Bill Burr takes the stage of the Tabernacle in Atlanta at 12:01 a.m. Pacific on Friday, December 5 only on Netflix for his fourth hour-long special, “I’m Sorry You Feel That Way.” Join him as he escapes the zombie apocalypse in his getaway helicopter, explores how nothing ruins great sex like a rom-com, and explains how too many childhood hugs may be the downfall of man. The special is a follow up to Burr’s previous stand-up performances, two of which are streaming on Netflix: “You People Are All the Same” and “Let It Go.” Burr also has his comedy special “Why Do I Do This” available by Netflix DVD. “I’m Sorry You Feel That Way” is executive produced by Bill Burr, Dave Becky, Mike Berkowitz, Brian Volk-Weiss and Cisco Henson.