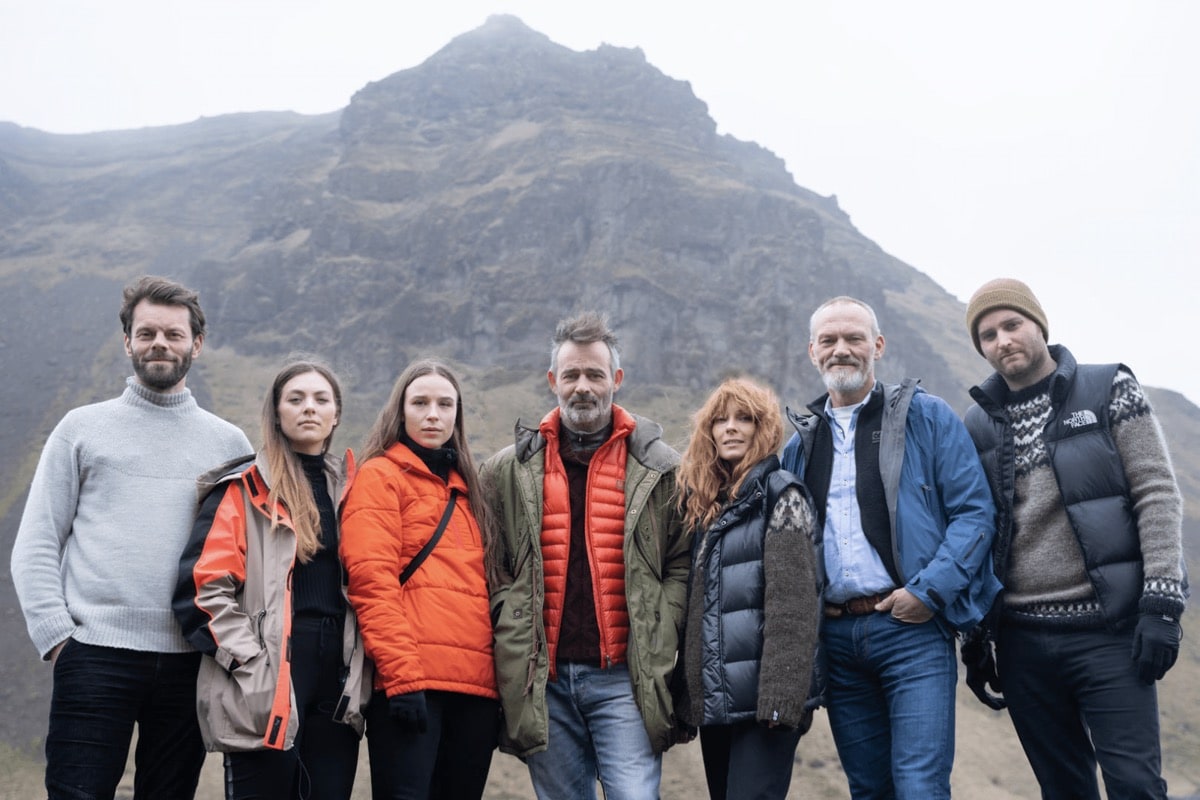 One year after the outbreak of a violent eruption of the subglacial volcano Katla, the peace and tranquility in the small town of Vík has been dramatically disturbed with the eruption still active. The ice near the volcano has been melting, the area has been evacuated and only a few remaining people manage to provide the necessary community service in the village, which is now only accessible by crossing the Markarfljót river. The grand area has turned out to be somewhat apocalyptic and Vík is declared a danger zone.

Mysterious elements, that have been deeply frozen into the glacier from prehistoric times, start to emerge from the melting ice with consequences no one could ever have foreseen

– I‘m really excited about being a part of this ambitious project. My part as GRÍMA is certainly a challenge, but working with Baltasar you just know that it will turn out right. He‘s really great to work with as director. While he gives his actors space to develop their characters and is always open to ideas and suggestions, he knows exactly how he wants things done and you can always be sure that he’ll catch you if you go off track and direct you right back on it, says Guðrún Ýr Eyfjörð.

– After extensive casting sessions, we put together an amazing ensemble cast, mixed with some of Iceland‘s finest and most experienced actors as well as brilliant young emerging talent. I‘m very confident with the choices we made and thoroughly enjoy working with all of them, says Baltasar Kormákur.

The team writing the story behind the eight part series is in addition to Baltasar Kormákur, co-creators Sigurjón Kjartansson, Davíð Már Stefánsson and Lilja Sigurðardóttir and produced by RVK Studios. Katla will launch on Netflix worldwide. Launch date is still to be announced.

Find out more about Katla on www.netflix.com/katla

RVK Studios is an Icelandic production company focusing on film and TV Programs and was founded by director/producer Baltasar Kormákur. In the last decade or more Kormákur and RVK Studios have had great success with titles like Jar city, The Deep, Virgin Mountain and The Oath. The company was also associate producer on Baltasar Kormákur’s adventure films Everest and Adrift among others. The TV series Trapped – seasons 1 and 2 has been a worldwide success, both critically and in audience numbers.

Netflix is the world’s leading streaming entertainment service with 183 million paid memberships in over 190 countries enjoying TV series, documentaries and feature films across a wide variety of genres and languages. Members can watch as much as they want, anytime, anywhere, on any internet-connected screen. Members can play, pause and resume watching, all without adverts or commitments.