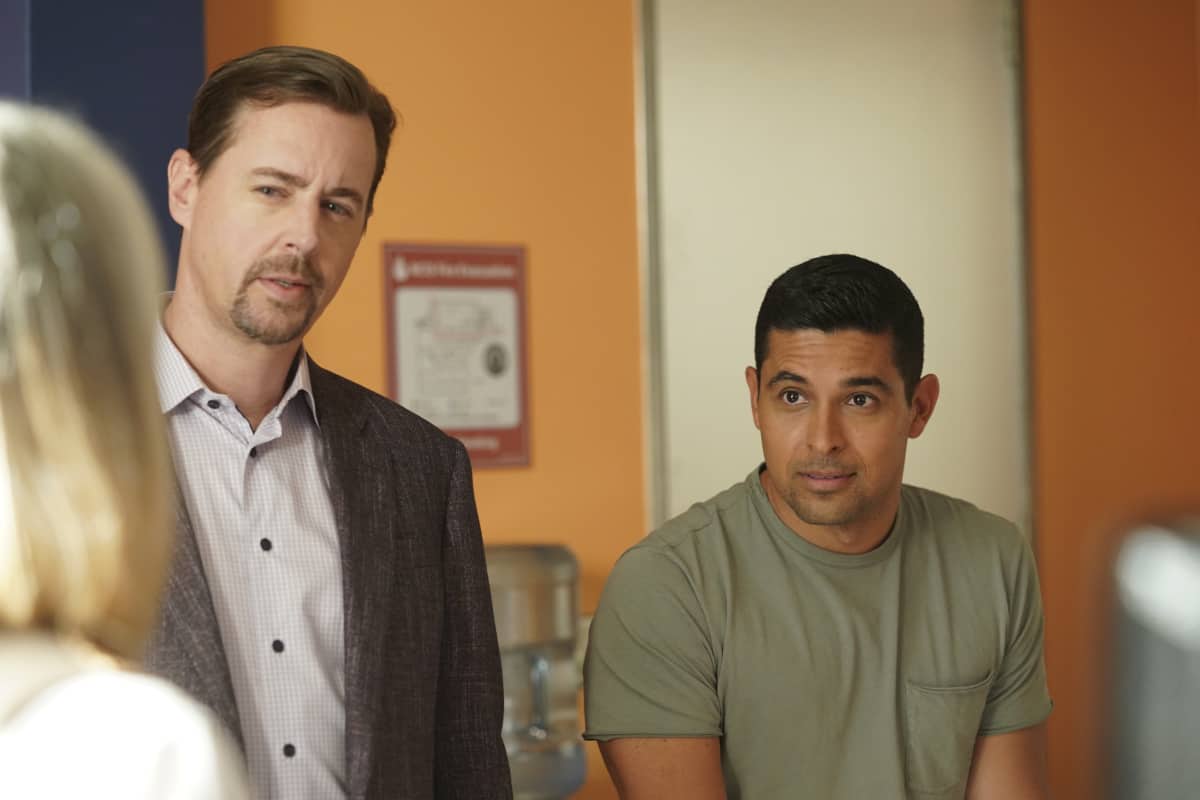 NCIS Season 19 Episode 1 Photos Blood In The Water – As the NCIS team searches for Gibbs after wreckage from his boat is discovered, they find out he was tracking a serial killer with journalist Marcie Warren (Pam Dawber), who wrote an exposé on him, on the 19th season premiere of NCIS, Monday, Sept. 20 (9:00-10:00 PM, ET/PT) on the CBS Television Network and available to stream live and on demand on Paramount+. s19e01 19×01 19.01 s19e1