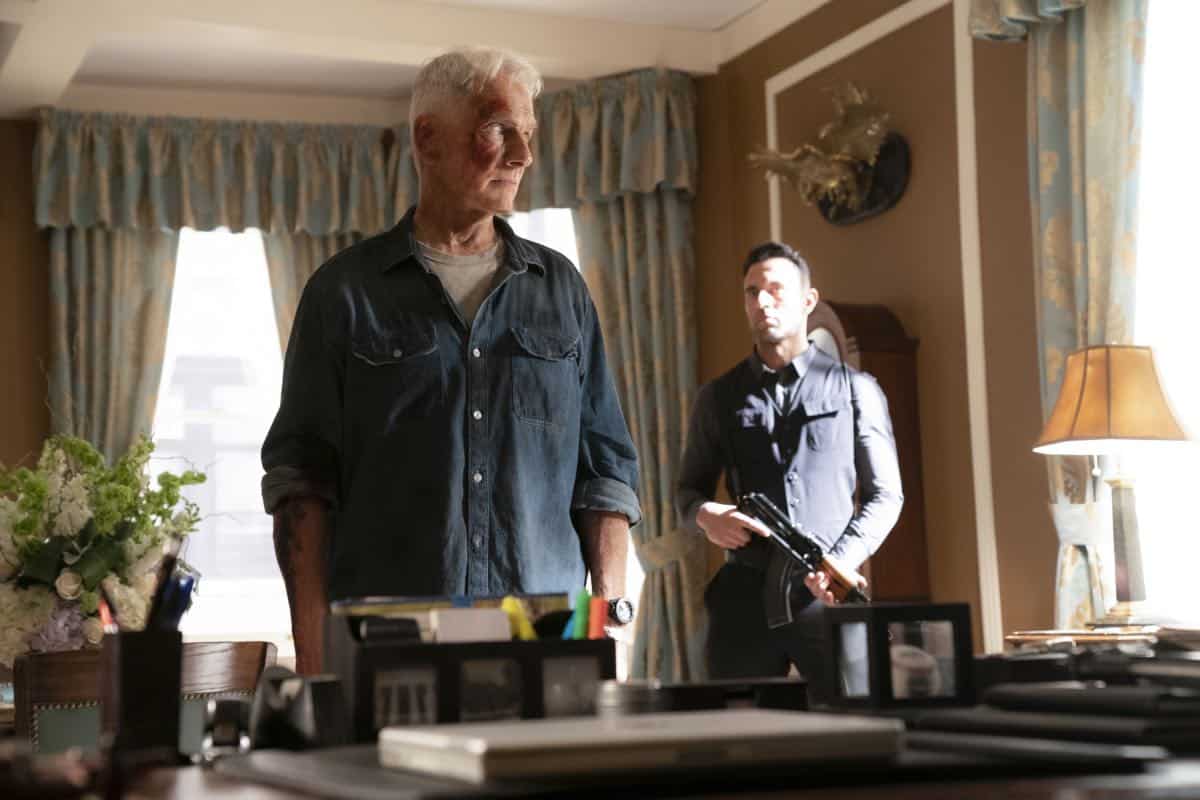 NCIS Season 17 Episode 1 Photos Out Of The Darkness – “Out of the Darkness” – Ziva surprises Gibbs with a cryptic warning, prompting him to question why she remained underground for years while being presumed dead by family and friends, and what led to her return, on the 17th season premiere of NCIS, Tuesday, Sept. 24 (8:00-9:00 PM, ET/PT) on the CBS Television Network.

The team includes NCIS Special Agent Timothy McGee, an MIT graduate with a brilliance for computers; NCIS Special Agent Eleanor “Ellie” Bishop, a mysterious mixture of analytic brilliance, fierce determination and idealism who specializes in international threat assessment and global preparation; the charismatic, unpredictable and resilient NCIS Special Agent Nicholas “Nick” Torres, who has spent most of his career on solo undercover assignments; and NCIS Special Agent Jacqueline “Jack” Sloane, who built her reputation as the agency’s premier forensic psychologist and enjoys challenging Gibbs. Assisting the team as the NCIS Historian is retired medical examiner Dr. Donald “Ducky” Mallard, who knows it all because he’s seen it all; Ducky’s protégé, the naïve Jimmy Palmer, who graduated from assistant to fully licensed medical examiner and now runs the morgue and Forensic Scientist Kasie Hines, Ducky’s former graduate assistant who impressed Gibbs with her keen forensic skills during a critical time for the team.

Overseeing operations is NCIS Director Leon Vance, an intelligent, highly trained agent who can always be counted on to shake up the status quo. From murder and espionage to terrorism and stolen submarines, these special agents investigate all crimes with Navy or Marine Corps ties.