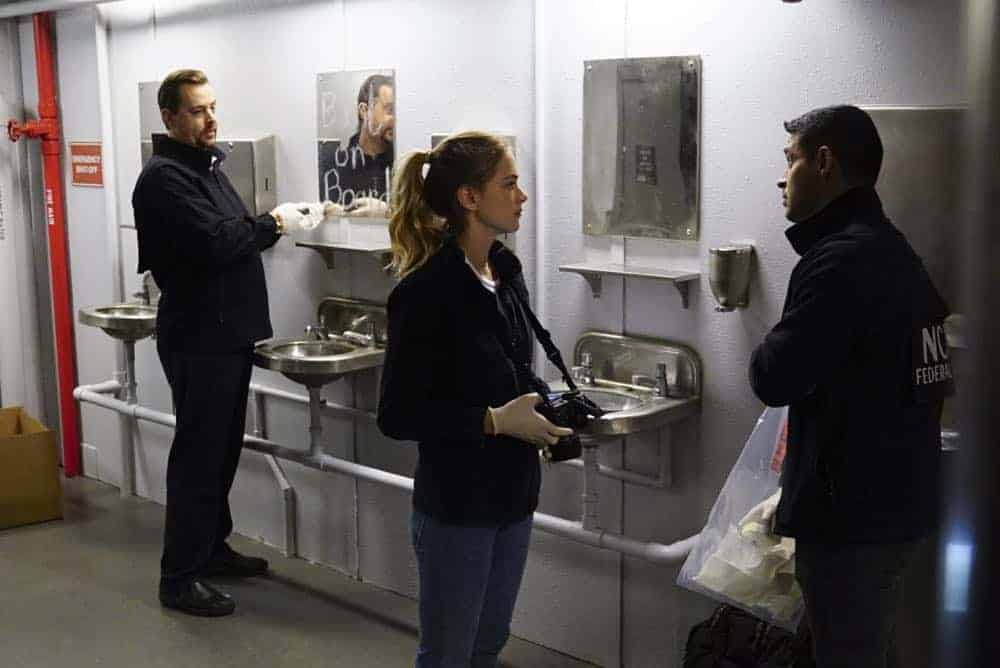 “Date with Destiny” – Sloane is adamant that a man who held her hostage and tortured her years ago in Afghanistan and was believed to have been killed following her rescue, is alive and in D.C. Now, Vance and Gibbs fear Sloane is willing to risk everything to destroy him, on the 15th season finale of NCIS, Tuesday, May 22 (8:00-9:00 PM, ET/PT), on the CBS Television Network. NCIS Season 15 Episode 24 Photos Date With Destiny.