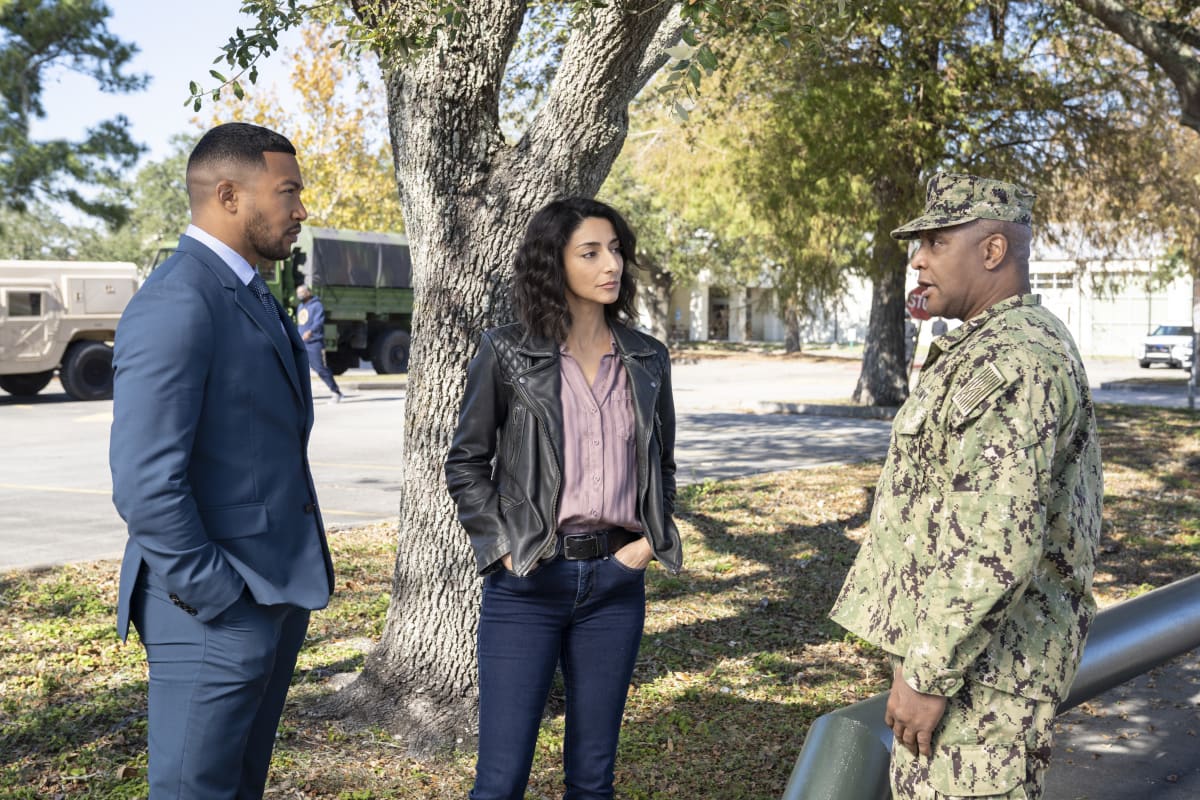 NCIS NEW ORLEANS Season 7 Episode 7 Photos Leda and the Swan, Part I – s07e07 7×07 – “Leda and the Swan, Part I” – When a Navy therapist with a high level of security clearance is murdered, Pride and the team discover that she was working around the system to get justice for victims of sexual assault. Also, Carter’s mother confronts him when he refuses to talk to the FBI for a background check on her behalf, and Sebastian starts to form a bond with a key witness who was hit hard by the COVID-19 pandemic, on NCIS: NEW ORLEANS, Sunday, Jan. 17 (9:00-10:00 PM, ET/PT) on the CBS Television Network.