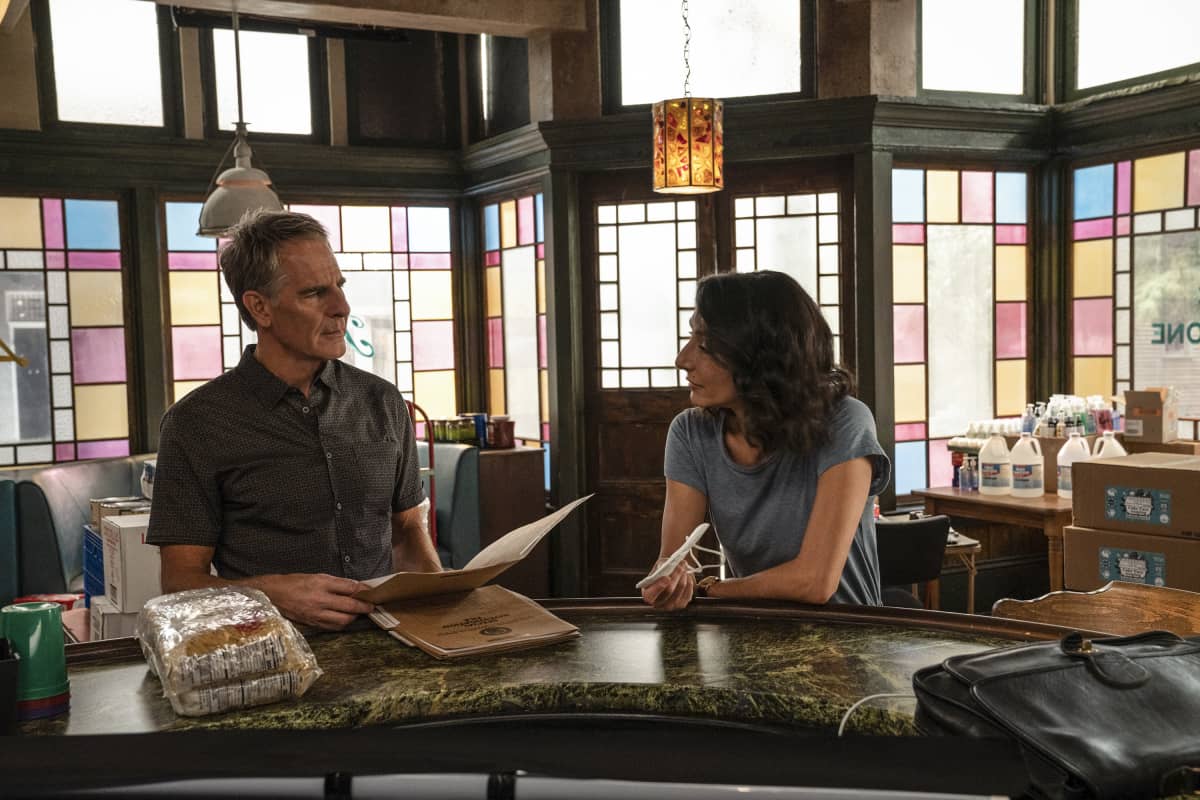 NCIS NEW ORLEANS Season 7 Episode 2 Photos Something In The Air, Part 2 – “Something in the Air, Part 2” – As Tammy and Carter continue to investigate the suspicious death aboard a COVID-infected humanitarian ship offshore, Pride and the team discover that the PPE they were sent to distribute may hold the key to finding the killer. Also, Rita returns to New Orleans to surprise Pride, Wade helps a grieving woman who can’t find her brother who died from COVID-19, and Patton and his goddaughter get into a heated argument, on NCIS: NEW ORLEANS, Sunday, Nov. 15 (9:00-10:00 PM, ET/PT) on the CBS Television Network.