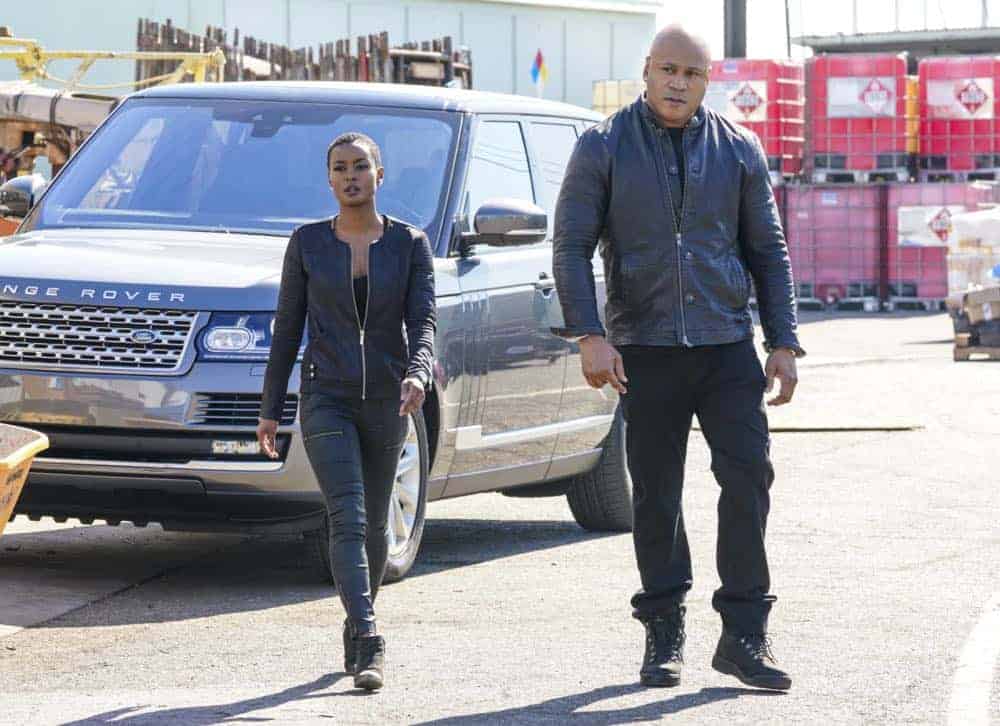 “Outside the Lines” – After a cryptocurrency farm is robbed of over $10 million in Bitcoin codes, Sam and Hidoko go undercover, with Sam resuming a likely compromised former alias, on NCIS: LOS ANGELES, Sunday, April 22 (9:00-10:00 PM, ET/PT) on the CBS Television Network. NCIS LOS ANGELES Season 9 Episode 19 Outside the Lines.