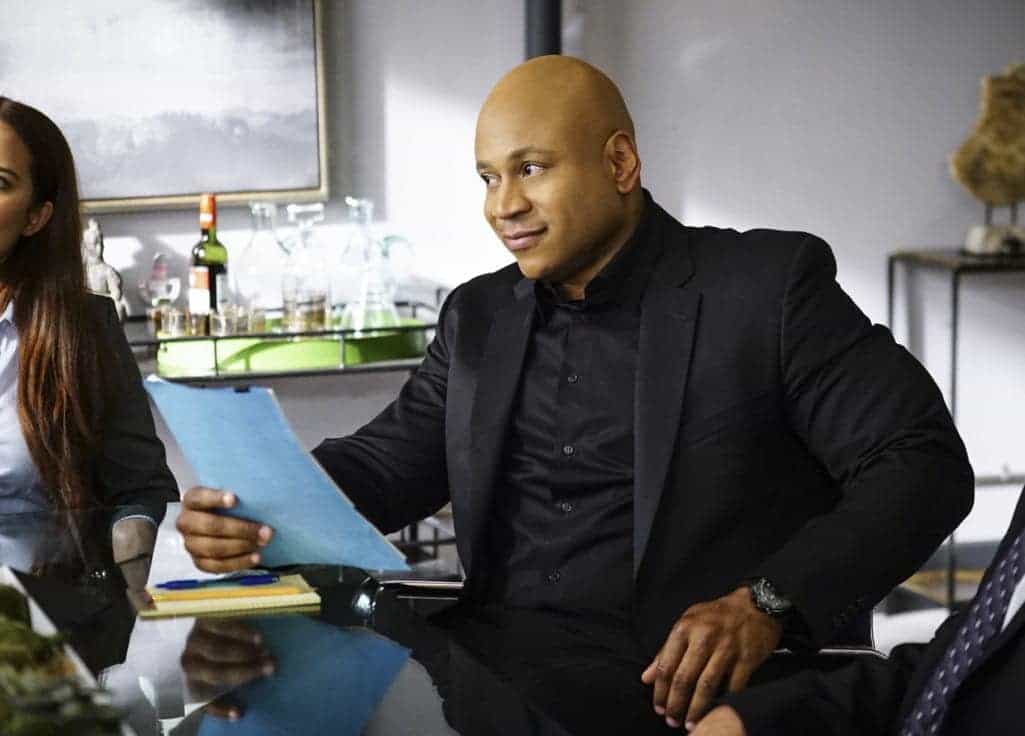 At a recent event for the Winter 2017 Television Critics Association press tour, CBS hosted a “But Coffee First” meet and greet where its top stars chatted with journalists about their new and returning shows. Star Todd Smith teased the “mole” problem on NCIS: LOS ANGELES and why he loves working harder than ever now that the show is in its eighth season.

What can you share about what is upcoming when NCIS: LOS ANGELES returns from the holiday break?
TODD: It’s fun. We’ve got a lot of really exciting stuff because we have this “mole” that’s infiltrating and decimating our ranks, so we all get arrested. There’s multiple moles. We don’t know who it is.

Who’s arresting you?
TODD: Other agencies.

Shouldn’t you be untouchable. Arrest should be out of the question.
TODD: [Laughs] Not so much in that world. Far from untouchable. We’re getting touched regularly. It’s crazy. It’s a lot of fun, but we’re just excited because the show in the eighth season has really started to do well again. We’re the number one show on Sunday nights.

Sunday nights have been good for you guys.
TODD: Yes, it’s really been exciting for us, so we’re thankful for that. It is definitely trippy to have a new audience — to have your core fans follow you and then a new audience. It feels great. I just want to thank all the NCIS: LA fans. People are fans of a lot of different things, but when they’re watching the show, they’re fans of the show, so I just thank them. I’m thankful they’re watching. I’m also thankful to all those people that have been following us. Eight seasons, that’s no small feat.

Eight seasons, do you ever consider telling the show writers, “Hey, maybe no more running scenes. I just don’t need to be running that much”?
TODD: No, I need to run. I don’t do lazy.

So you’re like, “Okay, let me do some more climbing fences scenes and running, jumping off a few more buildings”?
TODD: [Laughs] That’s what I do. Absolutely, 100%. Dodge bullets, guns, cars, planes, trains, automobiles. That’s what we got to do to make the show fun.

What are your favorite action scenes right now?
TODD: I like the combination. I think anything that you do too much becomes conventional, so it’s nice to see it always switching it up. I love big explosions. I love intimate fight scenes. I love busting through windows, doors. It varies. It really varies. It really varies because to make television interesting, you have to switch it up. You have to do the unexpected. There has to be some different stuff happening, because if not, if I’m just running down the street with a gun every week with a ripped shirt, that ain’t good enough.

What kind of character growth are we going to be seeing? Obviously, everybody must feel a level of distrust in the unit right now.
TODD: Yes. For my character, you see a lot of things happening with his family, which really affects how he goes after these “moles” and how invested he is and how inspired he is to try to find these people because his family’s in danger, his son’s in danger, kids are in danger, wife is jeopardy. His whole life is in danger and that really has an effect on him as a human being, which I think is interesting for Scott because most of the time with procedural shows, it’s only about the procedural aspects of it and there’s not a lot of character development. With this show, I think with the things you see happening with Kensi (Daniela Ruah) and her rehabilitation and the mental anguish that she goes through because of her being injured and having to recover and the things with my character and the things that Callen (Chris O’Donnell) deals with being a foster child and orphaned young, and I think there are some interesting aspects to it that from a character standpoint makes it a little bit more interesting than just a pure procedural. I like that part of it as an actor. It gives me something to do that’s unique, and for people who really watch the show day in and day out, they can see the growth and see the things that happen. You see the diverse moments that happen. . . Of course you always incorporate yourself into any character, right? No actor can completely separate themselves from the character that they’re portraying because they are who they are as a human being. However, I think my character, the sacrifices that he’s willing to make and the lengths and the ends that he’s willing to go to as a human being are a lot further than I would go. I do is I take the work seriously, but I don’t take myself seriously. On set, everybody calls me Todd. I think that that helps because I don’t have a lot of baggage. I’m not bringing that ego baggage with me. I’m just having fun doing my thing. We’re bringing these characters to life. When we human, we human. I make sure that I’m actually interested in what the other characters are saying, as opposed to: nonsense, nonsense, nonsense, my line, nonsense, nonsense, nonsense, my line. It helps, being interested, caring.

Over the eight years, how do you feel your character has really grown and matured, and has your character become a little more relaxed because he’s been through so much?
TODD: I think it’s a combination of both. I think you grow and evolve and become — I don’t know if relaxed is the right word — but more accustomed and acclimated to the pressures of that life. I think the character becomes acclimated to what’s going on and the pressures, but my character has grown because the sense of family has deepened. His sense of honor has deepened. These guys really see themselves as knights. It’s a knighthood, females included, all of them see themselves as knights, see themselves as people who are part of the honored tradition of making sure that they protect the innocent and get rid of the bad guys. It does deepen as you go on. You find that the reasons why the characters do what they do. Like I had a scene the other day and I was interrogating somebody and there was a callback to something that had happened earlier, and I really felt that as an actor because I had really lived it. This was something that had happened maybe a season or two ago, so there is a depth that comes with living this character day to day that you really don’t even get in a movie. In a film, the script does it for you because the arc of the character takes you on a journey and because of the script, you find that depth automatically, whereas with these shows, the arc is so much longer. It’s so much longer and the journey is extended so much more that you just grow roots as you go along. You become more and more rooted in what it’s doing, but the branches come later. They do. The writers challenge you. It tests you. It’s a constant test. That’s the thing about TV. That’s the thing about acting in these shows, that’s interesting. The characters get tested. New things come up. We never had Hetty (Linda Hunt) kidnapped and in a cage before. Little things happen. And how do you feel about that? She’s like a mother to the family. So how do you feel about that? What does that mean to you?

One of the things I’ve been focusing on this last year, because it seems to come up a lot in television series, is female empowerment and we’re seeing a lot more emphasis on that in television. In NCIS: LOS ANGELES, it was always present and it feel like they still are pushing into a little bit by allowing their female characters like Hetty and Kensi to push a little harder and to grow a bit more.
TODD: Yes, I think they are, and I think they should. I think everybody should be represented and be explored. We’re all characters. Every human being in this room has a story. There’s no monopoly on stories in here. No one person has the story. You have a story. Everyone has a story. So, yes, they should explore those female characters. Of course they should. And I think we should be able to take that for granted. I don’t even think that that should really be something that has to be discussed. I think that goes back to Shane (Brennan) and Scott (Gemmill) again — just caring about all the characters. And you can either try to curate an experience for the world or you can just let it be honest.

Which storyline has surprised you this season?
TODD: The “mole” storyline, finding out that because there’s multiple “moles” and some of them are closer to us than we had thought, us all getting arrested.

Are you giving anything away here?
TODD: [Laughs] I don’t know. It remains to be seen. Maybe.

To find out just who and how many “moles” there are and what lengths Sam will go to in order to protect his family, be sure to tune in for all new episodes of NCIS: LOS ANGELES on Sunday nights at 8:00 p.m. on CBS.