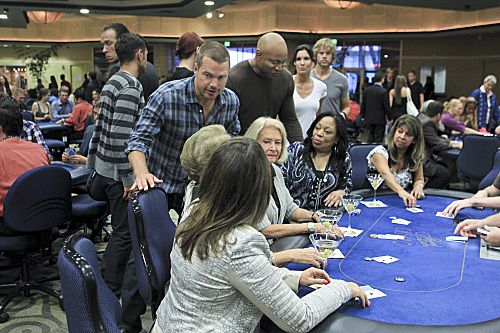 NCIS LOS ANGELES Season 4 Episode 3 The Fifth Man Promo : “The Fifth Man” – The NCIS: LA team investigate a compromised intel operation after four people connected to the classified project are killed at a diner explosion. As Deeks and Kensi are on the trail of those involved, they learn that a wayward teenage girl might be related and Kensi can’t help but be empathetic to her situation, on NCIS: LOS ANGELES, Tuesday, Oct. 9 (9:00-10:00 PM, ET/PT) on the CBS Television Network. The real-life mothers of stars Chris O’Donnell, LL COOL J, Daniela Ruah and Eric Christian Olsen will appear in the episode alongside their children