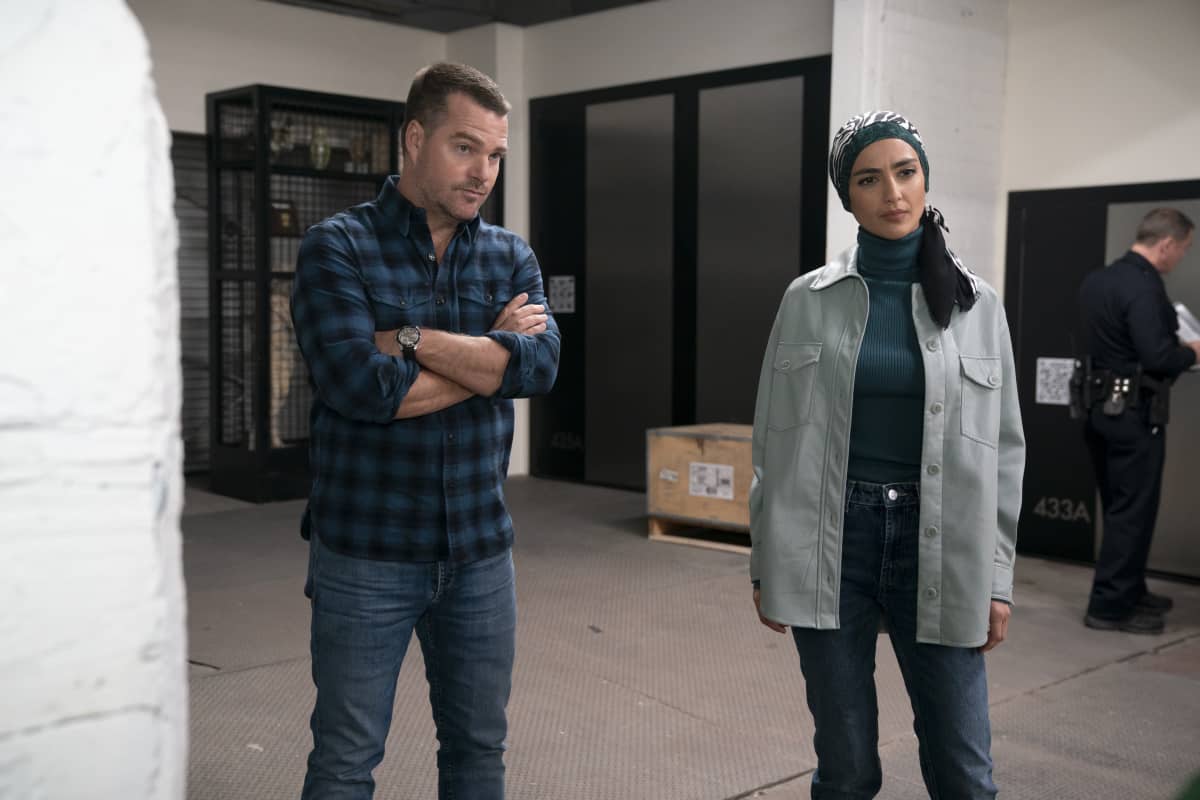 NCIS LOS ANGELES Season 13 Episode 14 Photos Pandora’s Box – NCIS investigates the robbery of a high-end arts storage by going undercover as potential buyers on the black market, to find who is behind the stolen items, on the second of back-to-back episodes of the CBS Original series NCIS: LOS ANGELES, Sunday, March 27 (9:00-10:00 PM, ET/PT) on the CBS Television Network, and available to stream live and on demand on Paramount+*. The episode was directed by series star Daniela Ruah. s13e14 13×14 13.14