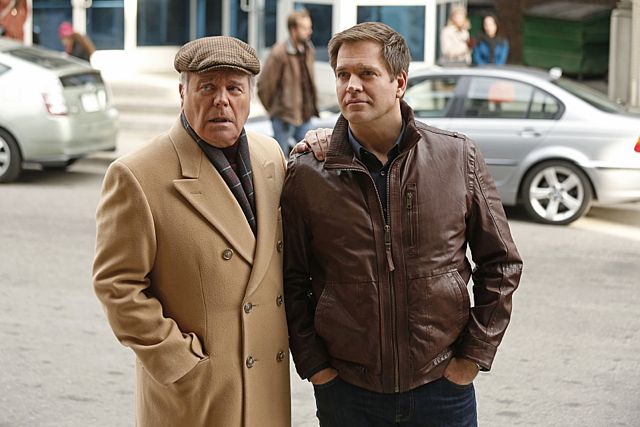 NCIS Episode 11.16 Photos Dressed To Kill : “Dressed to Kill” – When DiNozzo confronts a man impersonating a Navy officer, guns are drawn and the perpetrator is left dead.  The subsequent investigation uncovers that the only eyewitness is DiNozzo’s father, who is in town to disclose a secret to his son, on the 250th episode of NCIS, on Tuesday, March 4 (8:00-9:00 PM, ET/PT) on the CBS Television Network.  Robert Wagner returns as Anthony DiNozzo, Sr.