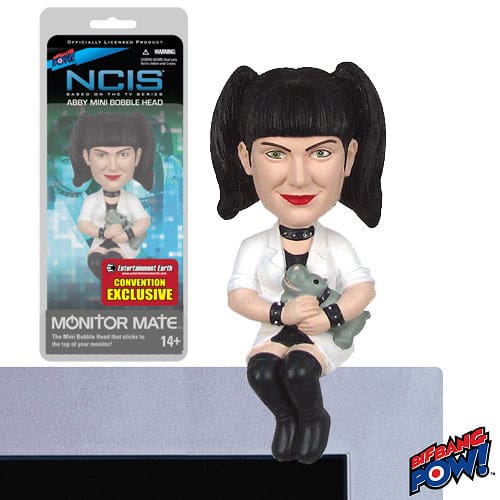 Entertainment Earth Convention Exclusive! The most easily recognized (and arguably the most popular) character in the hit CBS series NCIS is that irreverent young Goth-girl lab tech, Abby Sciuto. Bif Bang Pow! brings you Abby as you’ve never seen her before, as a captivating 4 1/2-inch tall resin mini bobble head in the image of actress Pauley Perrette. A limited edition of just 2,600 pieces, Ms. Sciuto attaches to the top of your computer monitor with a non-damaging adhesive pad. She’s a must-have for any NCIS addict! Ages 14 and up.