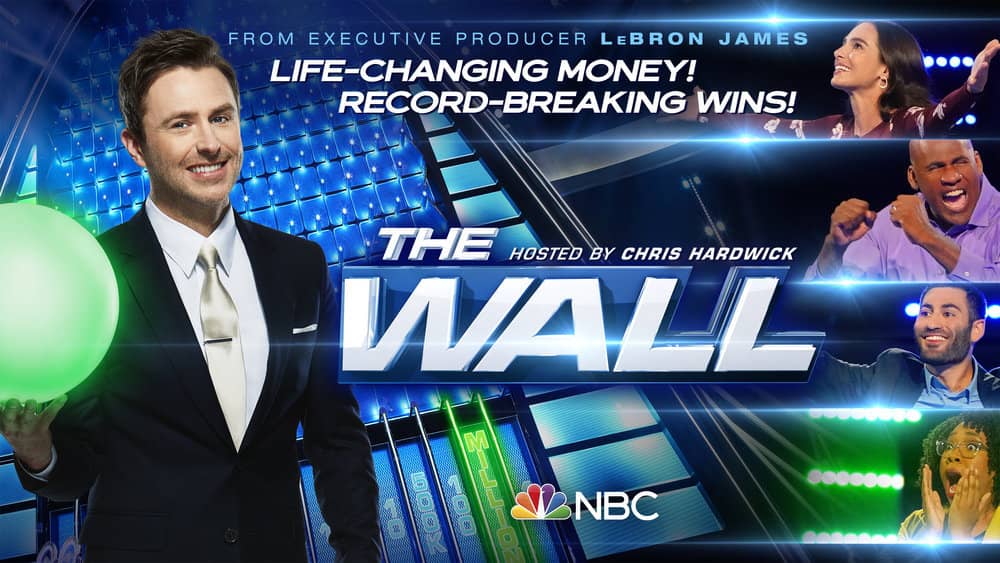 NBC has renewed its hit alternative series “The Wall” for a 20-episode fourth season.

Chris Hardwick will return as host.

There are three remaining original episodes from the current season that will air Oct. 1, Oct. 21 and Oct. 28 at 8 p.m.

“The Wall” continues to pay out millions! Nominate someone who makes a difference in your community or tell us about your story. Apply to be on Season 4 HERE.

From executive producer and NBA superstar LeBron James and Andrew Glassman, “The Wall” is the fastest and simplest game with more than $13 million on the line every night — and up to $3 million on a single heart-stopping drop. At four-stories high, “The Wall” was built for one purpose — to change peoples’ lives. With tremendous cash prizes waiting at the bottom, this game can change lives in an instant.

The rules are simple: Get a question correct and a green ball will fall down the wall and add the value of the slot to the players’ winning total. Miss a question and an ominous red ball with fall and deduct the value from the teams’ total. Teammates have to work together to build a huge cash prize.

The recent Monday run of “The Wall” won its timeslot every week versus all competition on the Big 4 networks in adults 18-49 and total viewers, helping keep NBC undefeated in 18-49 versus those networks every Monday night so far this summer in “live plus same day” Nielsens.

The most current season of “The Wall” has reached more than 42 million viewers.

“The Wall” has been successfully launched in over 20 territories, empowering greatness and changing the lives of everyday people who are doing good.

“The Wall” is a collaboration between the SpringHill Company and Glassman Media with James, Hardwick, Maverick Carter, Aaron Long, Jessica Otazua, Quintin Strack and Tim Sullivan serving as executive producers. “The Wall” was developed by Glassman Media in conjunction with CORE Media and produced in association with Universal Television Alternative Studio.