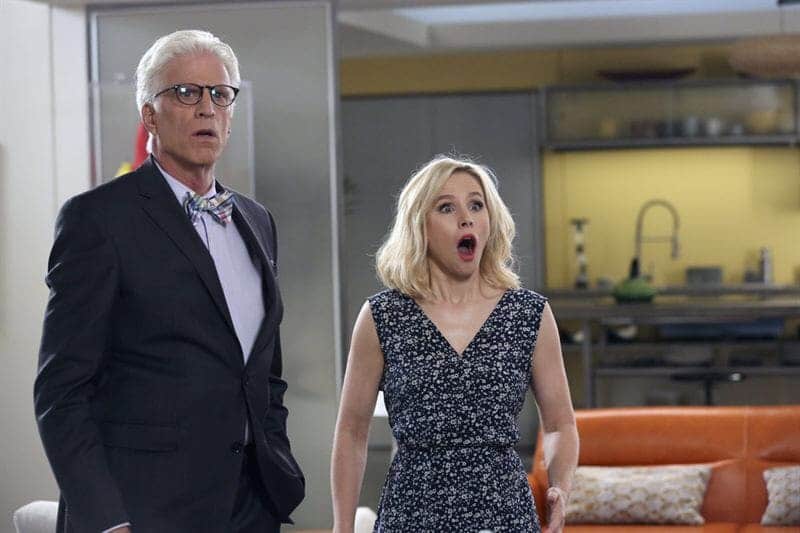 NBC’s “The Good Place,” the critically beloved otherworldly comedy from executive producer and creator Michael Schur, has been renewed for a full-season order of 13 episodes.

“Mike Schur has always had one of the most fertile and imaginative minds in comedy, but what he brought us with the first season of ‘The Good Place’ was just extraordinary,” Salke said. “We absolutely can’t wait to see where these characters go, literally, in season two. A big thank you to Mike, the writers and cast for delivering a series in which we all take such enormous pride.”

In its rookie season, “The Good Place” has averaged a 1.9 rating in adults 18-49 and 6.1 million viewers overall in “live plus seven day” figures from Nielsen Media Research, improving the timeslot by +36% over NBC’s Thursday 8:30 average last season. The show’s Jan. 19 season finale delivered 5.2 million viewers after three days of time-shifted and video-on-demand viewing, for the show’s biggest L+3 audience since Oct. 27.

“The Good Place” has also generated a strong upscale audience, indexing at a 135 among adults 18-49 living in homes with $100K+ incomes (with 100 representing an average concentration of those homes).

Critics raved about the first season of “The Good Place” and had especially high praise for the head-turning season finale.

Said Variety, “I feel grateful for a show that is, at its heart, so sincere and earnest while also very focused on its mission to entertain. We need that.” Vulture said, “‘The Good Place’ has already made a convincing case that it deserves an award for most flawlessly executed TV twist of the year.” Entertainment Weekly said it was a “phenomenal first season,” “Ted Danson, living legend, was divine, and he better be getting an Emmy nomination, or there’ll be hell to pay” and also added, “Kristen Bell is pitch-perfect.” And The New York Times wrote that “The Good Place” was “the most acclaimed new network comedy of the fall.”