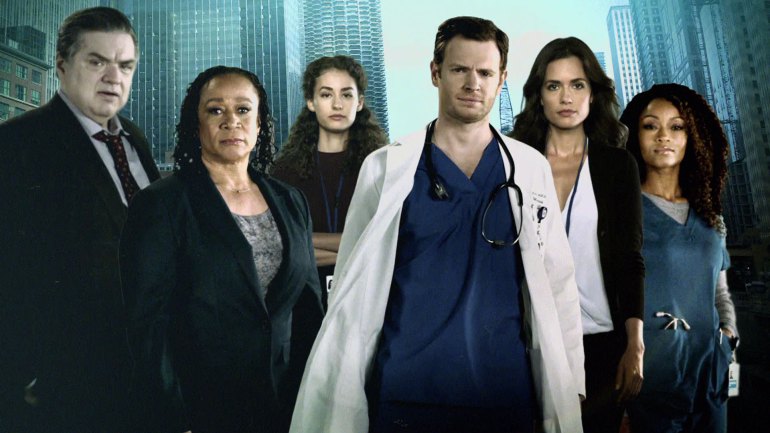 Iconic television creator/producer Dick Wolf has signed a new overall deal with NBCUniversal that extends his relationship with the network through 2020.

In addition, NBC has given an 18th season renewal for “Law & Order: SVU” as well as a pickup for the second season of Wolf’s newest drama, “Chicago Med.” Both “Chicago Fire” (season 5) and “Chicago P.D.” (season 4) have previously been renewed.

Wolf is also in active development for the latest incarnation of the Chicago franchise, “Chicago Law,” as well as the reality series “Law & Order: You the Jury,” where the audience will decide the binding result of a live court case.

“Dick Wolf is a without a doubt one of the greatest producers in the history of dramatic television,” said Robert Greenblatt, Chairman, NBC Entertainment. “The ‘Law & Order’ legacy would have been enough to set him apart from all the rest, but the Chicago franchise now kicks him into the stratosphere. He has been a defining voice of NBC for over a generation, and he is most welcome at this company forever.”

Added Jennifer Salke, President, NBC Entertainment: “I’m personally thrilled to be working so closely with Dick, and on behalf of everyone at NBC and Universal Television we are so happy to extend our relationship with all the incredibly talented people at Wolf Entertainment. His brand is pure quality, and our continuing partnership is not only great for us but even better for broadcast television.”

“I’ve been in the same office, with the same phone number, for 30 years. I’m glad people won’t have to learn a new one,” Wolf said. “Staying was really a foregone conclusion. My partnership with Bob has been the best relationship I’ve ever had with the head of a network. He has also assembled a great team of executives at both the network and the studio who make it possible for the Wolf Entertainment team to turn out multiple shows. It is truly a synergistic group effort that makes me enormously excited about both the present and the future.”

So far this season, “Law & Order: SVU” originals have averaged a 2.8 rating in adults 18-49 and 10.0 million viewers overall in L+7 results from Nielsen Media Research. “SVU” has built on its regular lead-in by an average of +45% in adult 18-49 rating (L+SD) and the Nov. 11 telecast generated “SVU’s” most dominant head-to-head win to date versus time-period rival “Criminal Minds,” a +25% margin.

“Chicago Med” originals are averaging a 2.8 rating in adults 18-49 and 11.3 million viewers overall, according to L+7 results from Nielsen Media Research. In the Tuesday 9-10 p.m. ET slot, “Chicago Med” has prevailed over regular competition on the Big 4 networks with five of six telecasts to date in adults 18-49 (L+SD). “Chicago Med” has improved that time period by +58% versus NBC’s slot average for the prior season, excluding weeks when “The Voice” ran in the slot in 18-49 and by +114% in total viewers.

Wolf, one of the most successful television producers of all time, is the creator of the “Law & Order”-branded series and is a two-time Emmy Award-winning producer. His company produced the Oscar-winning documentary “Twin Towers” and the Grammy Award-winning documentary on the Doors, titled “When You’re Strange.” Wolf Entertainment currently produces NBC’s “Law & Order: SVU,” “Chicago Fire,” “Chicago P.D.” and “Chicago Med” with Universal Television.

The Academy Announces Second Slate Of Presenters For 88th Oscars