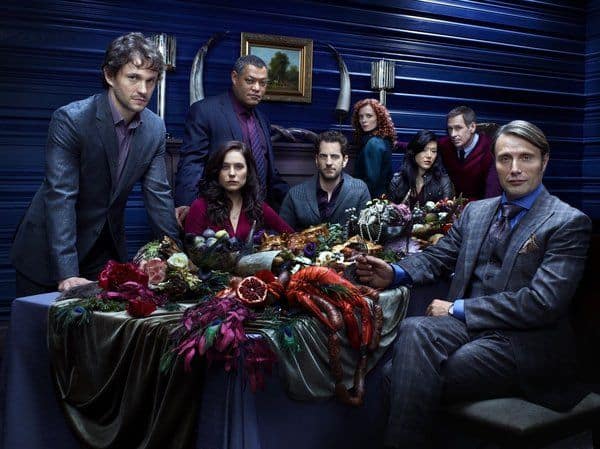 NBC has given a 13-episode second-season renewal to its critically applauded drama “Hannibal.” The new season will air no earlier than midseason.

“Hannibal” is based on the characters from the novel “Red Dragon” by Thomas Harris and was developed for television by Bryan Fuller, who also serves as writer and executive producer.

The announcement was made by NBC Entertainment President Jennifer Salke.

“We’re so proud of Bryan’s vision for a show that is richly textured, psychologically complex, and very compelling,” Salke said. “There are many great stories still to be told.”

The series stars Hugh Dancy as expert criminal profiler Will Dancy, who has a unique ability to peer into the mind of serial killers. Mads Mikkelsen stars as Dr. Hannibal Lecter, a psychiatrist who is helping with the cases and, unbeknownst to Will, is also a serial killer himself.

Through its eight original telecasts to date, “Hannibal” is averaging a 2.0 rating, 6 share in adults 18-49 and 4.7 million viewers overall in “most current” results from Nielsen Media Research. “Hannibal” is the youngest drama on ABC, CBS and NBC, with a median age for its audience of 45.7. It’s also an upscale drama, indexing at a 111 among adults 18-49 living in homes with $100K+ incomes (with 100 indicating an average concentration of those homes).

Additionally, “Hannibal” is heavily time-shifted, with its 18-49 rating growing by 75% going from next-day “live plus same day” ratings to “live plus seven day” results.