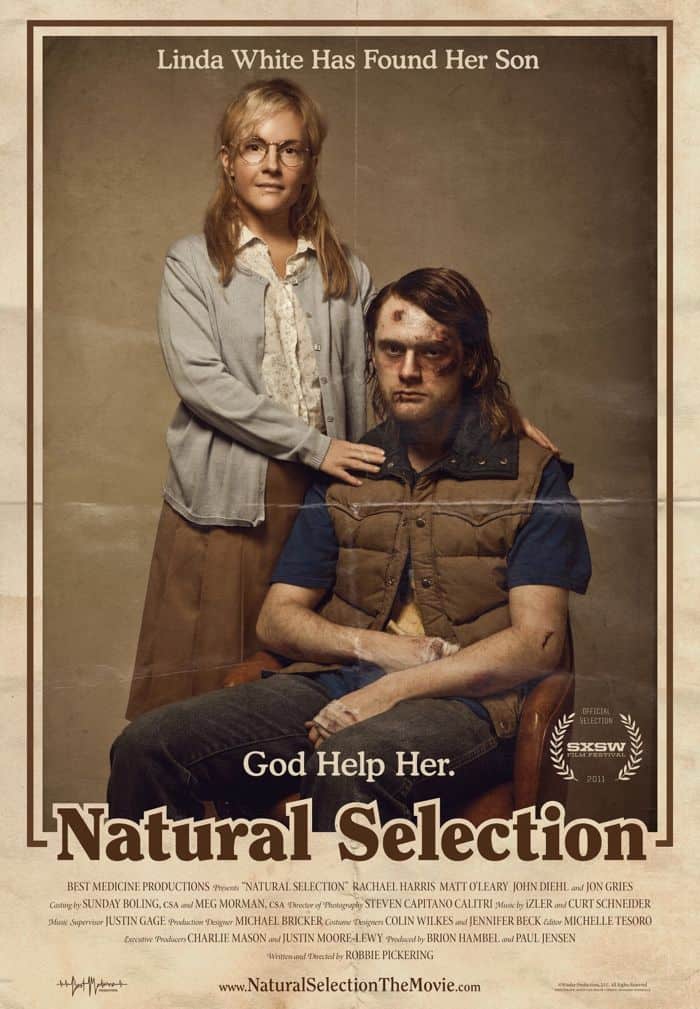 NATURAL SELECTION Movie Poster : Linda White (Rachael Harris), a devoted Christian housewife, leads a sheltered existence in suburban Texas. Her world is turned upside-down when she discovers that her dying husband, Abe, has a 23-year old illegitimate son named Raymond (Matt O’Leary) living in Florida. Somewhere on the edge of guilt and loneliness, Linda grants Abe’s final wish and sets off on a quixotic journey to find Raymond and bring him back. Along the way, Linda’s wonderfully bizarre relationship with Raymond will teach her more about herself than she ever imagined possible and force her to come to terms with her troubled past. Winner of the Grand Jury and Audience Awards at SXSW and nominated for two Independent Spirit Awards, including Best Actress, NATURAL SELECTION is a wonderfully irreverent indie comedy directed by Robbie Pickering and featuring a breakthrough performance by Rachael Harris.