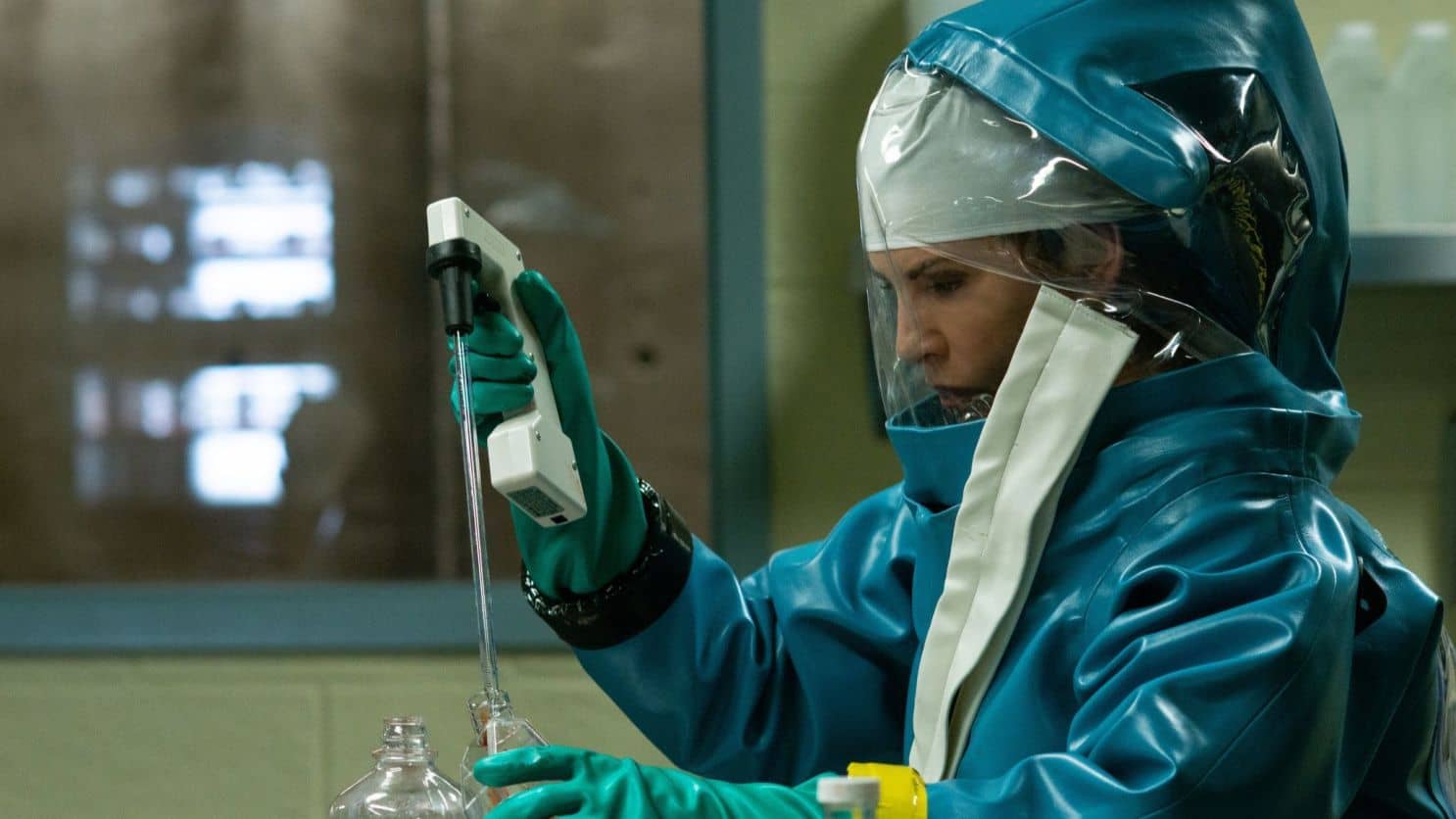 National Geographic announced today that “The Hot Zone,” the network’s highest-rated scripted series to date, has been greenlit for a second season, which will focus on the anthrax attacks of 2001. From Touchstone Television and Scott Free Productions, Kelly Souders and Brian Peterson return as executive producers and showrunners for this next installment.

“The gripping, propulsive story of the hunt for the anthrax killer who terrorized the country in the dark days that followed the Sept. 11 attack couldn’t be more timely,” said Carolyn Bernstein, executive vice president, Global Scripted Content and Documentary Films. “As the world battles COVID-19, another deadly and mysterious virus, “The Hot Zone: Anthrax” is a scientific thriller for our time.”

In 2001, just weeks after 9/11, the United States was rocked by another deadly act of terrorism. Letters containing anthrax were sent to unsuspecting victims in Florida, Washington, D.C. and New York. The anonymous assault claimed five lives, left 17 others sick and caused panic throughout the U.S. Despite interagency turf wars and many false leads, an unlikely team of USAMRIID scientists (The U.S. Army Medical Research Institute of Infectious Diseases and the Department of Defense’s lead research laboratory), FBI agents and Justice Department personnel slowly closed in on a shocking prime suspect.

“While many of us can recall the breaking news headlines and the widespread fear that ensued when anthrax emerged in America, there are still layers to this story that have not yet been told,” said Kelly Souders. “The second season of our anthology series will dive deep into the forensic investigation of a simple envelope that sent the entire Eastern Seaboard into a panic.”

“After a terrific collaboration with our friends at National Geographic on ‘The Hot Zone,’ we couldn’t be more excited to be back in business with the same stellar team for another season,” said David W. Zucker, president, Scott Free Television. “All of us well remember the anthrax attacks in 2001, which rocked and terrified the country. We’re eager to tell this extraordinary story of all the drama that unfolded to overcome the attacks and identify the perpetrator.”

The six-hour scientific thriller follows last year’s “The Hot Zone,” which starred Golden Globe® and Emmy® Award winner Julianna Margulies and was National Geographic’s most-watched scripted series of all time and ranked the second most-watched series on the network of all time. The May 27, 2019, Memorial Day, three-night, premiere event lifted National Geographic to the No. 5 ad-supported cable network in the target demo for the night and No. 2 among Total Viewers. Across 12 broadcasts through the May 29 finale (premieres and repeats), the series was viewed by 7.5 million people in the U.S. The original series was based on Richard Preston’s bestselling book of the same name and was inspired by the true events surrounding the origins of the Ebola virus and its arrival on U.S. soil in 1989.

About Scott Free Productions
Scott Free Productions, founded in 1995, is the film and television production vehicle of acclaimed filmmaker Ridley Scott. In the 25 years since Scott Free was formed, the company has earned over 100 Emmy nominations with 22 wins, and 28 Golden Globe nominations for its television projects.  Current productions include the HBO Max sci-fi epic, RAISED BY WOLVES, the first-ever American television series helmed by Ridley Scott, a drama about androids raising human children in an outer space colony; THE GOOD FIGHT, the critically-acclaimed CBS All Access spin-off of THE GOOD WIFE recently ordered to season five; an inventive heist anthology series, JIGSAW, to shoot in 2021 for Netflix; the investigative drama series THE BEAST MUST DIE for U.K.’s Britbox, starring Jared Harris; and an upcoming adaptation of Charles Dickens’ classic GREAT EXPECTATIONS for FX/BBC1.  Other hailed Scott Free productions include the THE HOT ZONE; THE MAN IN THE HIGH CASTLE; THE TERROR; THE GOOD WIFE; TABOO; NUMB3RS; THE PILLARS OF THE EARTH; THE ANDROMEDA STRAIN; THE COMPANY; CRIMES OF THE CENTURY; GETTYSBURG; RE: GENERATION MUSIC PROJECT; I AM DYING; CLIVE DAVIS: THE SOUNDTRACK OF OUR LIVES; and the acclaimed Emmy-nominated National Geographic channel series of “Killing” telefilms: KILLING JESUS; KILLING KENNEDY; KILLING REAGAN; and KILLING LINCOLN.