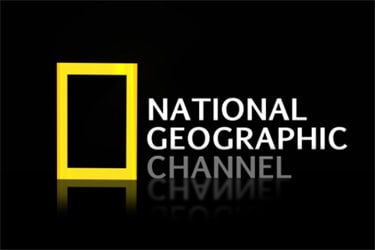 When ESPN Winter X Games course designer Chris “Gunny” Gunnarson and award-winning television producer Jason Carbone set out to create a behind-the-scenes series of action sports competitions, they knew they needed to team up with Chevrolet.

The brand has been part of Gunnarson’s action-packed life since he bought his great-grandmother’s 1964 Bel Air at the age of 16.

“When athletes like Shaun White, Louie Vito and Danny Davis perform freestyle tricks in the halfpipe, it is one of the most exciting things you’ll see in sports,” said Chris Perry, U.S. vice president of Chevrolet Marketing.  “Mountain Movers is a great fit for Chevrolet, because it’s authentic. The show’s hardworking, dedicated crew overcomes the odds each week using skill and creativity to design and build world-class winter action sports venues.”

Jason Carbone’s Good Clean Fun (Tia & Tamera, Run’s House, Life of Ryan), is developing and producing the series for NGC.  From the first time he met Gunnarson and was introduced to his world, Carbone knew that he had to capture for television the real-life drama of these men defying the fiercest that Mother Nature can dish out to create the pulse-pounding competition courses for the world’s most popular extreme sports events.

“Snow Park Technologies works in the most remote locations under extreme conditions, exactly the type of programming NatGeo is famous for,” Carbone said. “From avalanche control to building a half-pipe in blizzard conditions, Mountain Movers is going to take the viewer to locations and place them in experiences that are truly one of a kind.”

Gunnarson and his Snow Park Technologies crew have designed and built more than 250 competition courses, including all of the Winter X Games in the United States and Europe, World Snowboard Championships and the Winter Dew Tour, among others.

“Building snow parks is tricky business under the best of conditions. Mountain Movers is about taking on the big challenges and having the right tools to get the job done,” Gunnarson said. “I know Chevy trucks can handle the heavy duty work we do, and in the nastiest environments a mountain can offer because I use them every day.”

Added Michael Cascio, executive vice president of programming for National Geographic Channel: “Mountain Movers will have all the elements that National Geographic Channel loves in developing great TV: insane feats, high-intensity projects, hazards around every corner and engrossing personalities. Chevrolet is a perfect match for this adrenaline-packed project and we are looking forward to rolling out each action snow sport episode for our television audience.”

General Motors is a co-producing partner for Mountain Movers and key advertiser across the National Geographic Channel program schedule. Chevrolet is the lead media partner of Mountain Movers, which includes integration.

Mountain Movers is expected to appeal to young male fans of adrenaline-fueled winter sports competitions that typically feature high-flying snowboarding, skiing and snowmobiling. TV viewership for these events is on the rise. The 2012 Winter X Games saw a 32-percent increase in viewership from the previous year, including a 17-percent increase among males ages 18 to 34.