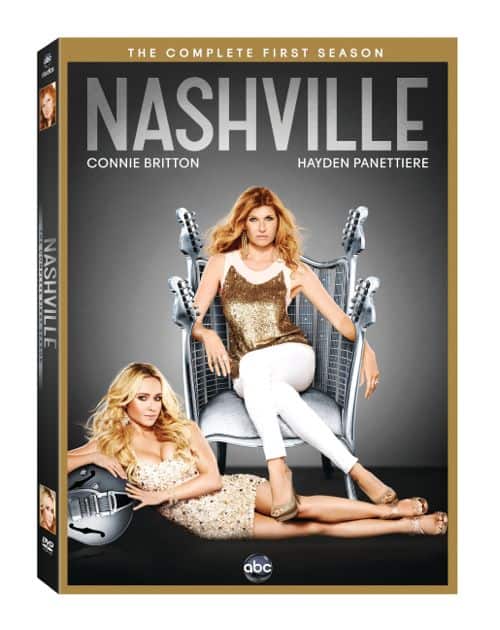 Synopsis: Behind the music of Nashville lies a captivating web of betrayal, heartbreak and rivalry. Rayna Jaymes is the reigning Queen of Country, yet hot young diva Juliette Barnes is poised to knock her off her throne. Adding more fuel to the fire is Rayna’s rich, scheming father, whose political ambitions for Rayna’s husband hide sinister ulterior motives.

Surrender to a seductive mix of music, intrigue and passion with “Nashville: The Complete First Season,” including all 21 tantalizing episodes, and exclusive, never-before-seen bonus features, in a spectacular 5-disc set.