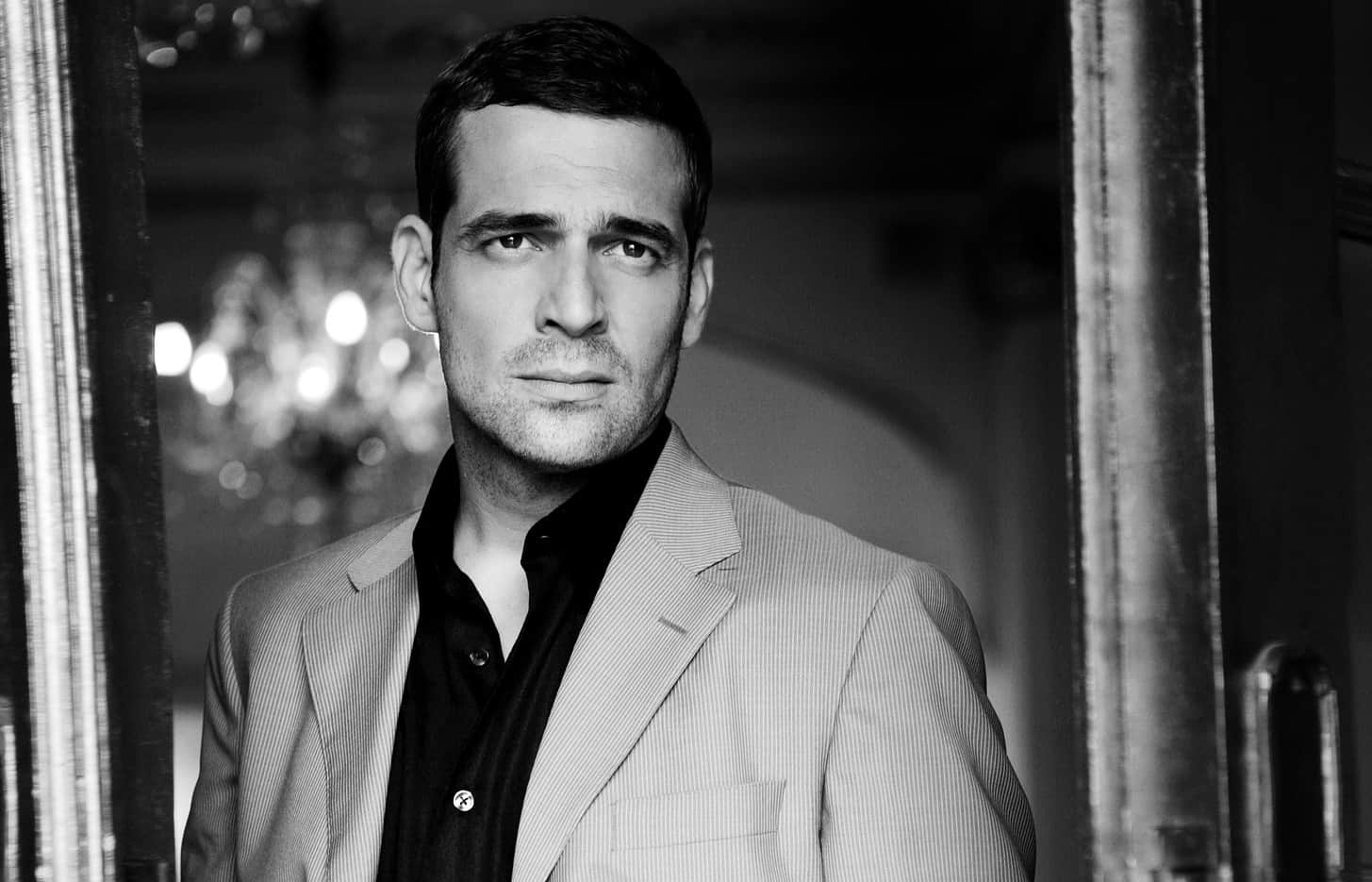 Capturing attention and accolades for his deft performance in the Netflix series NARCOS, Pêpê Rapazote is an actor to watch. With a long acting career in Europe, Pêpê Rapazote is just now getting recognized by U.S. audiences and everyone wants to know more about the actor who dares to portray such complex roles. In an exclusive interview, Pêpê talks about what drew him to NARCOS and reveals a bit about his unexpected journey to becoming the actor he is today and the lessons he has learned along the way.

What initially appealed to you about the role of Chepe Santacruz Londono and working on Netflix’s NARCOS?
Pêpê: The show is amazing to start with. I was already a huge fan. But when I started to read about Chepe Santacruz Londoño, I really fell in love with the idea of being in NARCOS, playing this “bigger than life” character, living the life in New York and making billions of dollars for the Cartel while making and selling cocaine under New Yorkers’ noses, literally. He was, we can surely say, the most successful Narcos ever to live in the U.S.!

How would you describe who Chepe is and his arc in this season of the show?
Pêpê: We shot a lot of scenes in New York that were edited out. It was an option to be able to keep the focus on the action taking place in Colombia, I guess. The show starts with the news given by Gilberto to the Cartel members that they have six months before ending the operation. No one really wanted to retire, especially not Chepe. He comes back to New York, a place he learned to call home, trying to make the most of the time he has. I had a lot of scenes with my wife, portrayed by the amazing Colombian actress Susana Perez. I believe there was a balance within the couple; they supported each other, and again, none of them wanted to move back to Colombia. Although Chepe and the other three Cartel members are very close, and very loyal, it is with no surprise that he enjoys the idea of staying longer after Gilberto’s arrest. In the end, due to a reporter investigation on his labs, he really has to go back and it´s only downhill after that. He doesn’t enjoy staying in jail and fights till the end to stay at the top of the game. By now people should know better, a “Narcos” always ends up in jail or dead.

What do you most admire and/or like about him?
Pêpê: La joie de vivre. He is happy, he is alive, and he loves what he does. If we add a great sense of humor you get a very cool guy to be around. Plus, I believe he was very smart. The whole process of producing the cocaine was a passion to him, and since he had studied Chemical Engineering, I admire all the dedication he put into finding the “balance between supply and demand.” That is, if we forget for a moment that we are talking about cocaine.

What is it like working alongside such a talented ensemble on NARCOS? And who do you get to work with the most?
Pêpê: It is amazing. It´s half the work done, and in such a pleasant way… Chepe is very much a loner in the show, but I shot a lot with Alberto Amman, Pacho Herrera. Pacho was Chepe´s protégé and he loved him like a baby brother.

Any favorite scenes that you got to do?
Pêpê: I have to say the beauty parlor scene. It is so beautifully written. So bright. It is one of those scenes where one of the characters knows everything and the other one knows nothing. The balance of power is so uneven that you can play the scene and your opponent as you please. It has a God-like feeling to it…

Then what is your favorite part about working on the show?
Pêpê: When I act, it’s a little bit of everything. I really love everything that goes on on set. But the fact that we are dealing with a true story makes everything even more appealing. The rush of impersonating such a character, his nerve, the defiance… And you gotta love the whole look of it. Moustaches, Colombia, 90’s. Just looks really cool.

What has been the one thing you as an actor haven taken away from working on NARCOS?
Pêpê: Being away from home for 7 months, hmmm…. It wasn’t that cool.

What do you hope viewers take away from watching NARCOS?
Pêpê: First of all, great moments of entertainment, because that is what we are here for. Second, an insight on Colombian history, its relations with Narcos trafficking and with the U.S. Third, if you’re thinking about starting such a business, don’t. You will end up dead or in jail.

What is the biggest challenge working on NARCOS so far?
Pêpê: We work on real locations about 90% of the time, sometimes we have to change the whole scene before shooting it, lines included. If it happens you should be able to keep calm and improvise a lot. It will be asked of you, that’s for sure.

What has surprised you about your career to date?
Pêpê: The career itself. I wasn’t supposed to here in the first place. I used to be an architect many years ago. I think God had this one surprise planned out for me.

What have you enjoyed most about being such a successful actor with a long resume of roles?
Pêpê: Acting has got to be one of the most interesting things to do in life. I enjoy learning and acting is about observing, learning, stealing, making it your own, owning it, building the character…. If it was’t pretending, most of the things we do would be illegal, I guess. Haha! There´s no greater fun than that. Oh, and having met my wife!

At this stage of your career, what do you think you have learned from the amazing variety of roles and projects you have worked on?
Pêpê: As a person, a whole lot. I have learned about people, about life and my EQ is a lot better now. As an actor, experience has brought me confidence in my ability to determine if what I do is correct even before I do it. It has taught me the true meaning of “calculated risk.” As an actor, I want to stay away from my comfort zone, but to risk everything not having a clue about the outcome, that is gambling. I have learned to bluff.

Then what are the perks of where you are in your career right now?
Pêpê: Well, being very picky about my job offers never was a goal. And I still can´t be that picky, but I am at that point that I can turn down “uninteresting” things. It´s not about the money, or at least to a certain point. The joy that makes me sing every morning is what really moves me, and frustration at work just kills it. So I think the prescription is simple. Take a pill of joy in the morning, avoid frustration in the afternoon and you’re good to go.

If there was one role you would like to revisit, which would it be and why?
Pêpê: I am a nostalgic person. Revisiting places I was happy is never good. It will never be like the first time and you will end up frustrated and remember the doctor’s orders – “we don´t want frustrated, do we?”

Has there been any great advice you have gotten? What advice would you offer to other upcoming and aspiring actors?
Pêpê: I became an actor at the age of 28. I was a grown man already. But there is one thing that always applies to acting – training, training, training and lots of hard work. Instant success is like the lottery. It can happen, but what are the odds?

Do you have any other upcoming projects that you can share that fans should keep an eye out for?
Pêpê: Right now, I am reading scripts. European and American ones, and…. being picky.

To see Pêpê’s fantastic performance as Chepe, be sure to check out Season 3 of NARCOS which is available now for binge-watching on Netflix. Then keep an eye out for what Pêpê does next, as it is sure to be just as riveting.