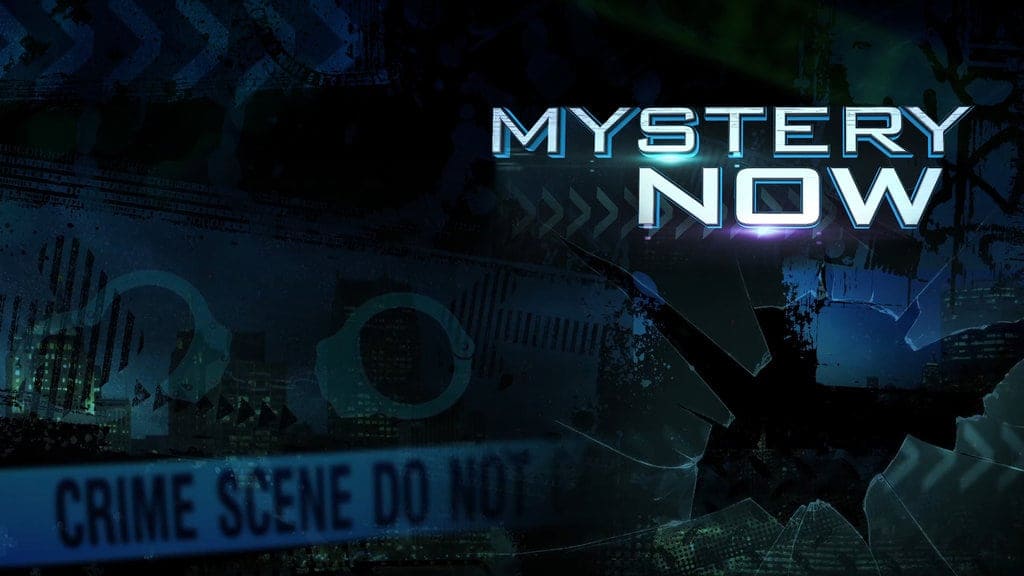 For the fans of NBC’s new comedy series TRIAL & ERROR starring John Lithgow and Nicholas D’Agosto, NBC provides a 4-episode prequel series “Mystery Now” as a digital experience that explores the lives of Larry Henderson and his first wife Adelaide, who also died under mysterious circumstances.  Knowing that fans would be dying to know just what happened, NBC commissioned “Mystery Now” to fill-in the gaps in the story that TRIAL & ERROR could not delve into due to time constraints.  In an exclusive interview, series producer and director Ira Rosensweig talks about the appeal of bring this online series to screen and the joy of working as a producer at a time when the world of creative content is rapidly growing.

How were you approached to work on the digital series “Mystery Now”? And did you know from the start that it would be a prequel series to the NBC series TRIAL & ERROR?
IRA:  I got a call from the production company, Moving Parts, with whom I had done some work in the past.  They told me that NBC was going to make a prequel to TRIAL & ERROR and that the head of Digital requested me to direct the series.

As a filmmaker, you were given quite a few “hats” to wear with the simultaneous responsibility of producing, directing and editing the digital series. Was that a challenge or how was that experience for you?
IRA:  I learned filmmaking by working in many different roles simultaneously, so that’s the paradigm that feels most comfortable to me.  I wrote, produced, directed and edited most of the shorts I made in college, as well as the documentary feature, “One Man Show,” that I made when I graduated.  I was then very lucky to have a boss at Spike TV who let me work in all those roles making promos for the network.  So, it just feels natural to wear all of those hats.  And there are aspects of each job that inform the others.  For instance, when I direct, I’m always thinking about how everything is going to cut together, which helps me be more efficient with my time on set and allows me to work on performance rather than over-covering a scene.

What was the best part of working on “Mystery Now”?
IRA:  In preparing for a shoot, I create a certain vision in my mind of how a certain scene should play out or how the actors should deliver their lines.  And most of the time when filming, it’s a struggle to make the scene play as well as it does in my head.  However, with “Mystery Now,” I was constantly surprised by how much better the scenes were once acted out, which is very rare for me.  And I credit 100% of that to the cast.

What was it like working with the ensemble cast for “Mystery Now”? Any standout moments or scenes that made it special for you?
IRA:  I encouraged everyone to improvise, so a lot of my favorite moments in the finished series were not scripted.  Molly Erdman, who played Colleen Stahl, is an incredibly gifted improv actor.  “Not unless moving to Vermont is a euphemism for dying” and her attempted seduction of Ronnie the drug dealer are examples of bits that Molly came up with on the spot.  It was also a thrill to work with John Lithgow, although it’s a bit strange to describe it as work since we laughed together the entire time we were filming.

Do you approach working on a digital series any differently than for other projects, whether commercial spots or traditional short film?
IRA:  Depending upon the project, the approach is always a little different.  Most of the time, I’m trying to achieve the highest production value possible.  But with “Mystery Now,” since it’s supposed to be a newsmagazine that was broadcast in 2001, I wanted to be as authentic to that type of show at that time as possible.  So, we locked ourselves into the type of angles that Dateline would use for interviews, shot for the 4:3 aspect ratio, and opted to use cameras that were used in the early 2000s to help with the look.  Also, aside from the John Lithgow footage, which was shot on a separate day in Boston, we only had two days to shoot everything that you see in the final cut.  To avoid losing time to company moves, we had to be very efficient with our location choices.  So, the house we used to shoot the exterior of Hendersons’ Berkshires house was also used as Michelle Crowder’s living room, Billie and William Martin’s living room, Ronnie Baker’s dorm room, and Wayne Dunn’s backyard.

With the creation of your new production company (Wavemaker Creative) what new freedom does that offer you?
IRA:  I think the main benefit is being more in control of how projects are planned and budgeted.  There have been times I was brought into a project once a producer had already decided on an approach with an agency or client, where I thought there was a way to better way to execute an idea or allocate money.  Having my own company, I am now in charge of those decisions.  And since we’re a young company without a huge staff, we can be more efficient with a given budget and deliver more bang for the buck.  Also, in advertising, a director often has no input in the post-production process.  Since I’m also an editor, that can be a very painful experience, as I’ve seen final cuts that look nothing like I had originally intended.  Wavemaker is not only a production company, but also provides post services such as editing if a client is interested.  So, I personally edited projects like the Mike’s Harder Lemonade (link: http://www.irarosensweig.com/work/#/mikes-harder-lemonade/) and TP-Link campaigns, which we then took all the way through finishing and delivery.

Are there any cool perks of where you are in your career right now?
IRA:  It’s not like I’m yachting around the world with George Clooney, so I guess the term “perks” is relative.  But it’s been a thrill to meet and work with some amazing actors and collaborate with incredibly talented artists.  I love to work with people that I can constantly learn from.

What advice would you offer to other upcoming and aspiring filmmakers?
IRA:  Fight for what you believe in creatively, but always play nice.  I have worked with extremely talented crew people or actors who I would never work with again simply because of their attitude or demeanor.  Remember that there are a lot of talented directors out there – be professional and don’t give producers a reason not hire you.  Yes, the quality of the final product is the most important thing, but making a film or commercial should also be fun.

Do you have any other upcoming projects that you can share that fans should keep an eye out for?
IRA:  I have a bunch of things in development, including both movies and TV series, but there are two feature projects that are nearing fruition.  We’re in the middle of a deal to make “Guidance,” about a down-on-his-luck high school guidance counselor who uses any means necessary to give a slacker student the life he missed out on himself.  It’s a project I have been trying to make for almost eight years now, so it will feel incredible to finally roll the cameras.  I’m also going to direct “Head Case,” which tells the story of a shameless sex addict and a germophobe with Obsessive Compulsive Disorder who meet in group therapy.  After a series of mishaps, they find themselves on the run, hunted by the police and dangerous criminals, while carrying a severed head in a bowling ball bag.  ICM is now starting to approach financiers, and we’re hoping to shoot sometime later this year.

Where can fans find out more about you and your work?
IRA:  You can check out my personal website http://www.irarosensweig.com as well as the site for my company, Wavemaker Creative, at http://www.wavemakercreative.com

To see how the TRIAL & ERROR prequel story sets up the NBC series and its mind-boggling murder mystery, be sure to tune in for the digital series currently available to watch on NBC.com (Preview link: http://www.nbc.com/trial-and-error/video/mystery-now-trailer/3497834) and all the episodes are available at: http://www.nbc.com/trial-and-error/video/mystery-now/3497195).

Also keep an eye out for Ira’s upcoming projects “Guidance” and “Head Case,” both which should be available later this year.