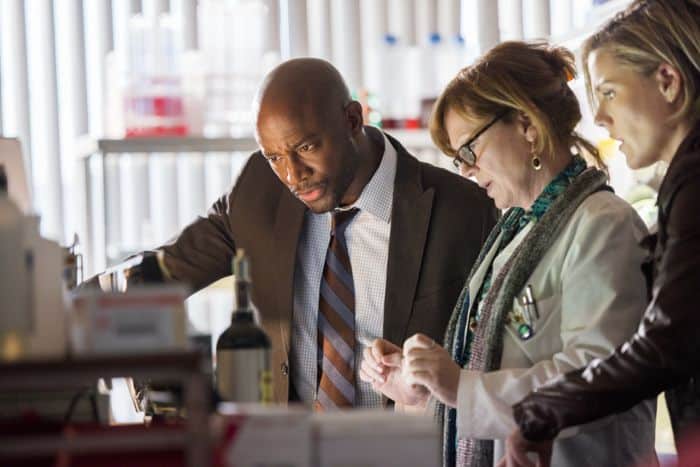 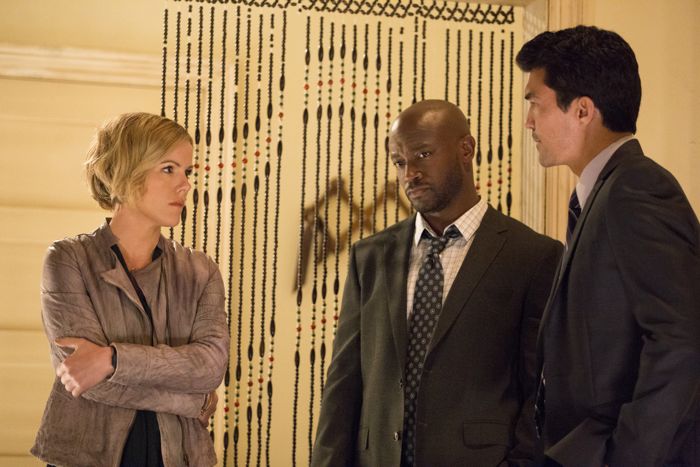 MURDER IN THE FIRST Season 1 Episode 2 Photos The City of Sisterly Love : “The City of Sisterly Love” – Monday, June 16, at 10 p.m. (ET/PT) – TV-MA-L As Inspectors Terry English and Hildy Mulligan begin their investigation into the death of Erich Blunt’s flight attendant, Cindy Strauss, Terry must also deal with the recent death of his wife and the arrival of his sister-in-law. The investigation takes an unexpected turn when the results of Cindy’s autopsy reveal a shocking secret.

EXCLUSIVE : MURDER IN THE FIRST Scoop: Shining the Spotlight on Mo McRae