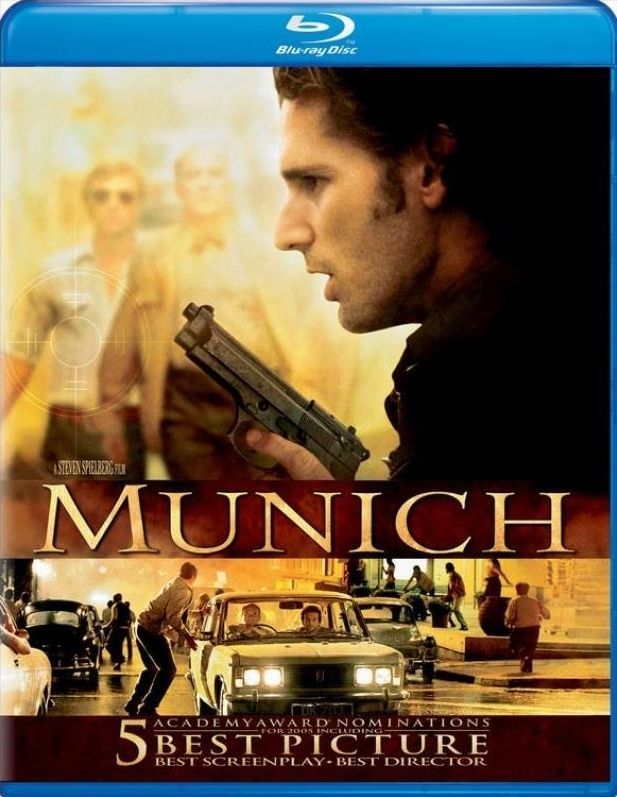 Five men are sent on a deadly black-ops mission across Europe to avenge the murder of 11 Israeli athletes at the 1972 Olympics in Steven Spielberg’s Oscar®-nominated action-thriller Munich, coming to Blu-ray™for the first time ever on February 10, 2015, from Universal Pictures Home Entertainment. Digitally remastered and fully restored from original high resolution 35mm film elements, Munich celebrates its 10th anniversary and will be available on Blu-ray™ for a limited time exclusively at Best Buy. Munich will also be available nationally on Digital HD.  The film, which was nominated for five Academy Awards® including Best Picture, Best Director, Best Adapted Screenplay, Best Editing and Best Original Score, is accompanied by over an hour of bonus features.

Inspired by real events, Munich reveals the gripping story of an ultra-secret squad assigned by the Israeli government to track down and assassinate 11 terrorists believed to have planned the massacre of Israeli athletes at the 1972 Munich Olympics—and the personal toll this mission of revenge takes on the team and the man who led it.