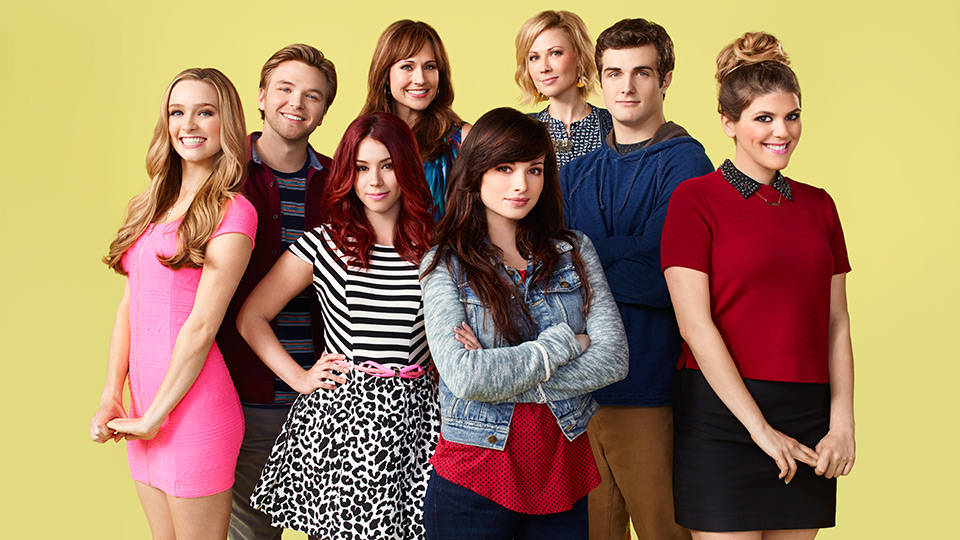 The highly anticipated mid-season (5B) premiere of MTV’s hit comedy series “Awkward” and the third season premiere of “Faking It” returns on Tuesday, March 15th at 10PM and 10:30PM ET/PT.

The second half of “Awkward” season 5 kicks off at the beginning of summer, a year after we last saw Jenna and her friends. She returns with a new-found confidence as she starts an exciting summer fellowship at an internet startup. As she reconnects with her high school friends, it’s clear that there has been a lot she has missed. It’s a summer of friends, self-discovery, romance and mystery that will forever impact everyone’s lives. “Awkward” returns March 15 at 10PM ET/PT on MTV.

“Awkward” stars Ashley Rickards as Jenna, Beau Mirchoff as Matty, Molly Tarlov as Sadie, Jillian Rose Reed as Tamara, Brett Davern as Jake, Nikki DeLoach as Lacey, and Greer Grammer as Lissa. Mike Chessler and Chris Alberghini are the Executive Producers of “Awkward.” The series was created by Lauren Iungerich.

Season three of “Faking It” centers around friendship and how complicated and fragile it can be; so easy to break and hard to put back together. After a summer apart, Karma and Amy struggle to get things back on track. Shane is caught between friends, while Liam wonders whether he is even capable of having friends. Meanwhile Lauren struggles with a decision, if friends are worth the effort. “Faking It” returns March 15 at 10:30PM ET/PT on MTV.

“Faking It” was created by Dana Min Goodman and Julia Wolov and developed by showrunner Carter Covington. Carter Covington (“10 Things I Hate About You,” “Greek” “Hart of Dixie”) and Wendy Goldman are Executive Producers on the series. “Faking It” stars Katie Stevens as “Karma,” Rita Volk as “Amy,” Gregg Sulkin as “Liam,” Michael Willett as “Shane” and Bailey De Young as “Lauren.”