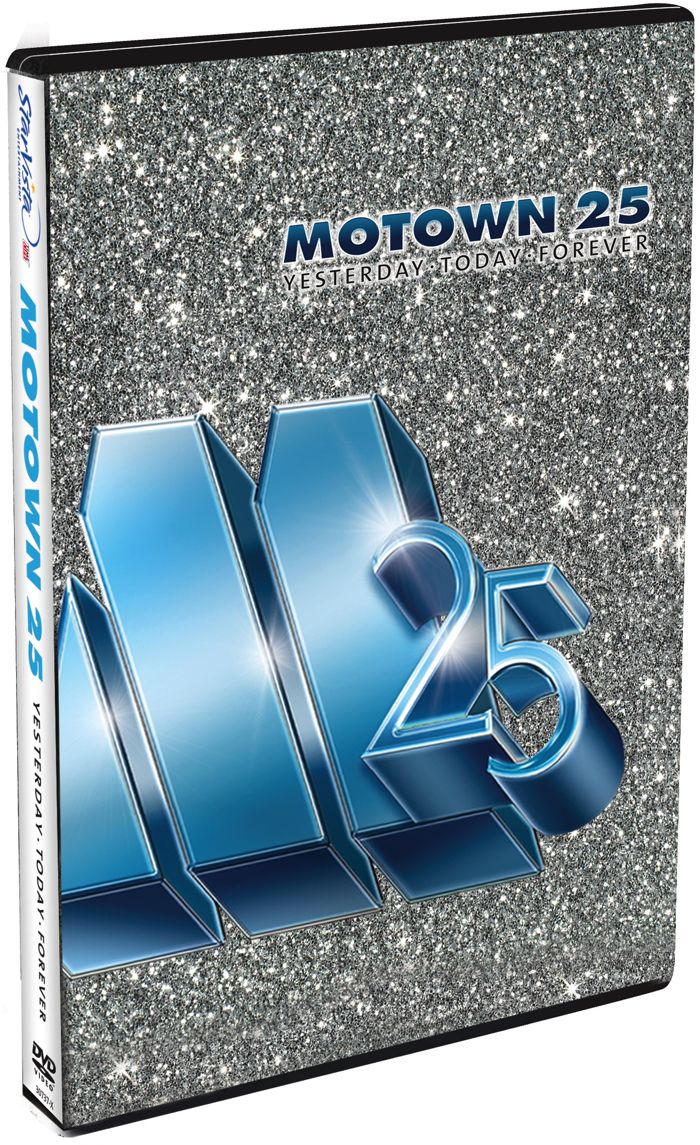 Seat42f and StarVista have teamed up to give THREE lucky winners a copy of MOTOWN 25 : YESTERDAY TODAY FOREVER on DVD. For a chance to win leave a comment below telling us why you want to add MOTOWN 25 : YESTERDAY TODAY FOREVER to your DVD collection. Only one entry per person. Contest ends September 23rd. Winners will be notified on September 24th via email so make sure to use a valid email address when you post your comment.

When Motown 25: Yesterday · Today · Forever aired on NBC on May 16, 1983, it was an immediate sensation and became one of the most talked about concerts and TV specials ever.  In an era before social media, MOTOWN 25 was a true water-cooler event, marking the first time that music fans saw Michael Jackson do the moonwalk (aka: the six seconds that changed the world), in addition to many other iconic performances.  Six months after the broadcast, the show deservedly won a George Foster Peabody Award and an Emmy® Award for best Variety Program, but has been unseen for over 20 years…until now.  This fall, StarVista Entertainment/Time Life, in conjunction with de Passe Jones Entertainment and Berry Gordy’s West Grand Media, is making this historic show available on DVD for the very first time.

Motown 25 was taped before a live audience and showcased virtually every Motown artist from the company’s inception, including Michael Jackson, Marvin Gaye, Smokey Robinson, Stevie Wonder, Diana Ross, The Supremes, The Jackson 5, The Miracles, The Temptations, Four Tops and many others.  The show also featured many guests outside the Motown Records sphere who had been influenced by Motown artists, including Linda Ronstadt, who performed a memorable duet with Smokey Robinson, Billy Dee Williams, Jose Feliciano and British new wave star Adam Ant, who was riding a wave of popularity from MTV exposure.  As an added highlight, the historic evening was hosted by Richard Pryor, who was arguably the hottest comedian in the world at the time. A seminal event in pop culture history, this concert event would establish the gold standard for all future televised concert events and go on to provide the backstory for the Tony®-nominated Broadway play, Motown The Musical.  Now, StarVista Entertainment/Time Life will make this once-in-a-lifetime concert available to music lovers in several different configurations including a deluxe 6-DVD collector’s set, which will be available exclusively online at MOTOWN25DVDS.COM.  The release features an extended version of the show, with over 20 additional minutes not seen on the original broadcast, as well as brand-new 5.1 surround sound revealing the music at its fullest potential.  The 6-DVD set also includes nine newly-produced featurettes and additional bonus programming including:

“Signed, Sealed, Delivered – The Making of Motown 25”, which tells the behind-the-scenes story of the making of the program, and offers new insights into the rise of Motown and its roster of super stars

“What’s Going On: Marvin Gaye”
“Come and Get These Memories: Inside Hitsville”
“Dancing In The Street: History of Motown” and more
Rare footage of Marvin Gaye ad-libbing at the piano prior to a soulful version of “What’s Going On”
Stevie Wonder rehearsal footage

Also included in the deluxe collector’s box are an exclusive 48-page collector’s booklet packed with information about the show and artists, production materials and never-before-scene photos from the production, essays on Motown performers, a copy of the original Motown 25 program and more!

The retail releases, set to drop on September 30, include a 3-disc set, which features the concert and over six hours of extras, including four featurettes, the Gaye Rehearsal footage, the Performer and Production Roundtables and more; and the single DVD, which features the newly-remastered concert featuring 5.1 surround sound and over an hour of bonus features.

“Motown 25 was a labor of love for all of us involved in the production” said Suzanne de Passe, the Executive Producer of the TV show, who has overseen the creation of the DVD release.  “I am so pleased that the show is now being released on DVD for the first time.  It was such a magical night of music and memories.  The fans of Motown old or new will have a great time.”