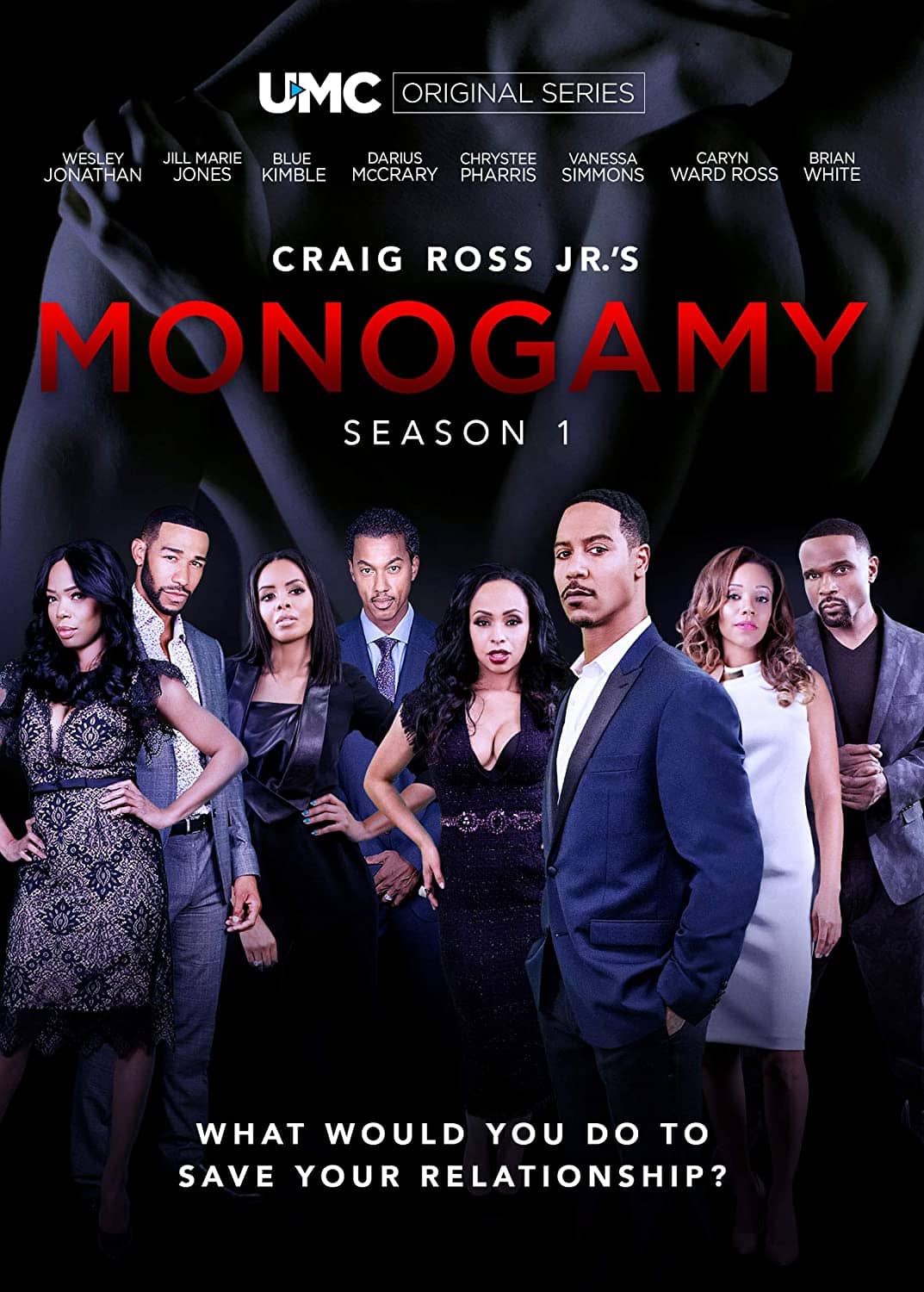 AMC Networks’ UMC features the DVD debut of CRAIG ROSS JR.’S MONOGAMY, SEASON 1 on November 3, 2020. Created by husband and wife producing team Craig Ross, Jr. (Blue Hill Avenue) and Caryn Ward Ross (The Game), the tantalizing hit series pushes past the limitations and boundaries of traditional marriage as it follows four married couples who agree to participate in an unconventional form of therapy with the hopes of saving their failing relationships. Now on a DVD set ($16.96), Craig Ross Jr.’s Monogamy, Season 1 previously premiered on UMC, the first and leading streaming service for Black TV and film, in May 2018.

In the debut season, four troubled couples from around the country travel to Los Angeles, surrendering themselves to a new counseling treatment called “Swap Therapy.” Desperate to repair their broken marriages, they agree to trade spouses while being completely away from, and out of communication with, their regular lives for two months. As they seek healing and a better understanding of their individual relationships, each participant begins to see themselves in ways they could not have imagined for the first time in their lives. As they struggle to manage their short-term desires while maintaining their long-term commitments, they face challenges and temptations that ultimately may prove too strong to fight through.

Featuring a star-studded cast that includes co-creator Caryn Ward Ross, Brian White (Ray Donovan), Jill Marie Jones (Girlfriends), Darius McCrary (Family Matters), Vanessa Simmons (Growing Up Hip Hop), Wesley Jonathan (The Soul Man), Blue Kimble (P-Valley), and Chrystee Pharris (Media), the show explores the meaning of monogamy. Does it work? Is it necessary for a lasting and fulfilling relationship? Is it time to expand the definition, or is it a societal construct whose time has come to an end?