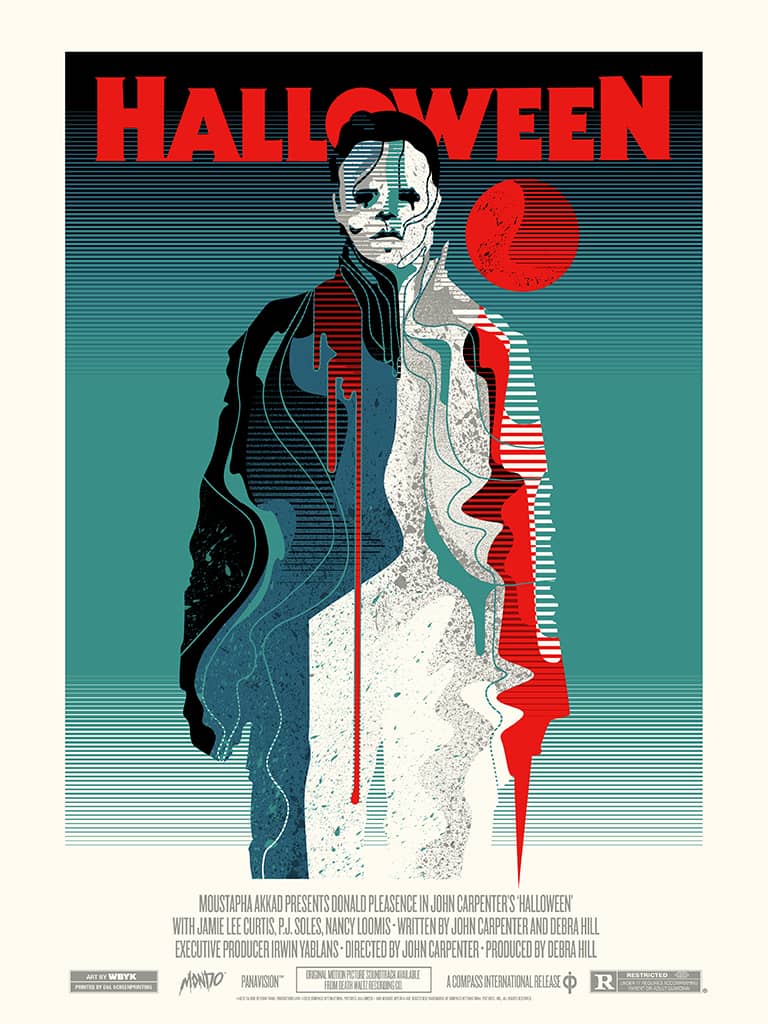 We know Halloween isn’t for another ten days, but by now you should be jugular-deep in your horror marathons. Besides, anytime is a good time for undisputed terror classics. This week, it’s all treats and no tricks as we have three new posters for some true icons of the genre.

First up, We Buy Your Kids continue their supreme domination of all things as they go up against John Carpenter’s 1978 masterpiece, HALLOWEEN. There’s a mastery of technique, color, and texture on full display as WBYK have yet again delivered a stunning poster that’s unlike any other take on Carpenter’s iconic bogeyman. There’s really not much else to say. We adore this, and we adore WBYK.

We’re also excited to release a new poster by Sam Wolfe Connelly for “the super shocker of the century,” the great William Castle’s HOUSE ON HAUNTED HILL! Sam originally planned to release this poster at HorrorHound earlier in the year, but… y’know. While we’re bummed that show was canceled, we’re also the exact opposite of bummed because now we get to partner with Sam for the release.

And then there’s the delicately understated lupine lunacy of Timothy Pittides’ poster for THE OMEN. Taking a hard left from the well-traveled route of the film’s Satanic imagery, Timothy has executed a subtle, intricately detailed study in the darkest example of nature vs. nurture.

We Buy Your Kids’ HALLOWEEN, Sam Wolfe Connelly’s HOUSE ON HAUNTED HILL, and both the Regular and Variant editions of Timothy Pittides’ THE OMEN are available for purchase tomorrow 10/22 at 11AM (CT) via The Drop.

Artwork by We Buy Your Kids
$50 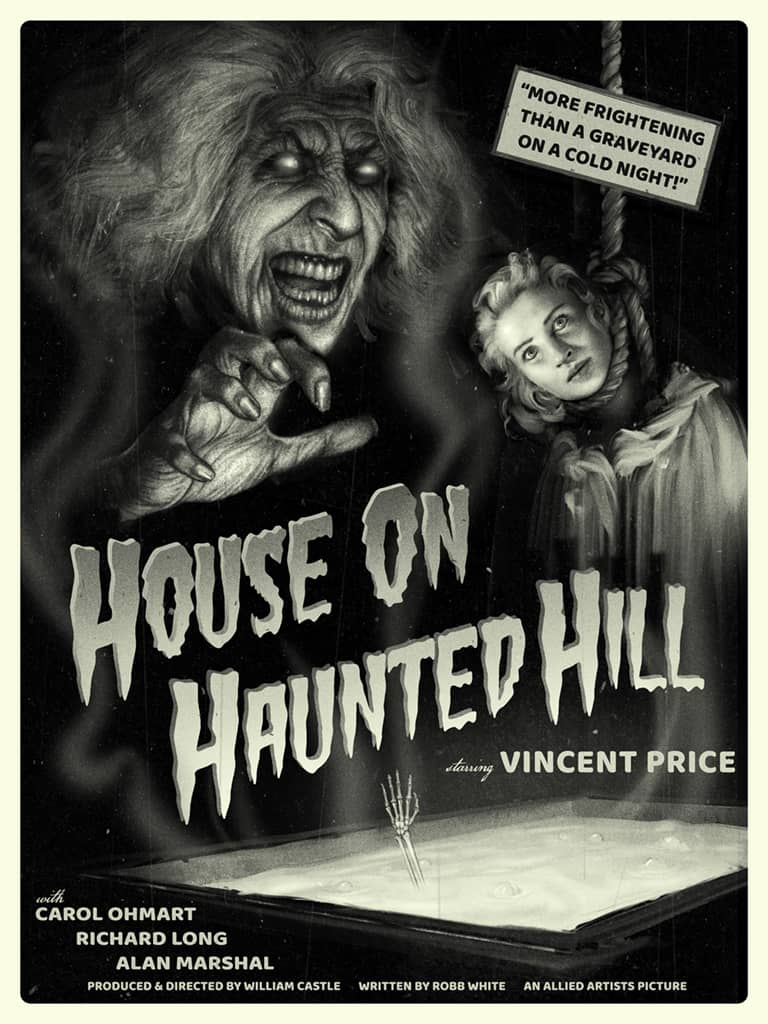 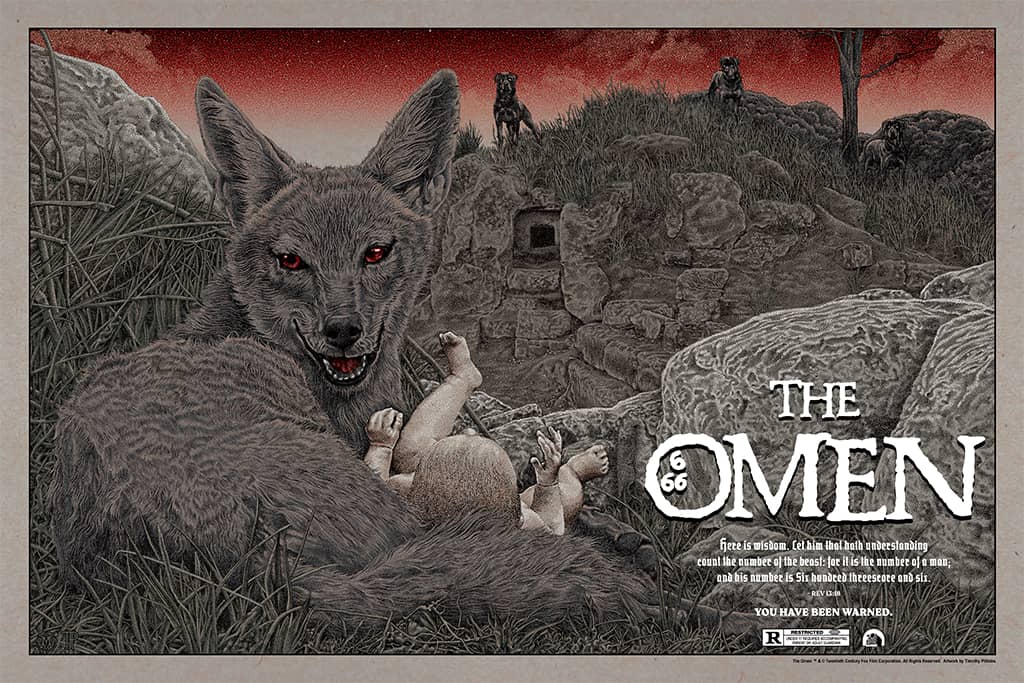