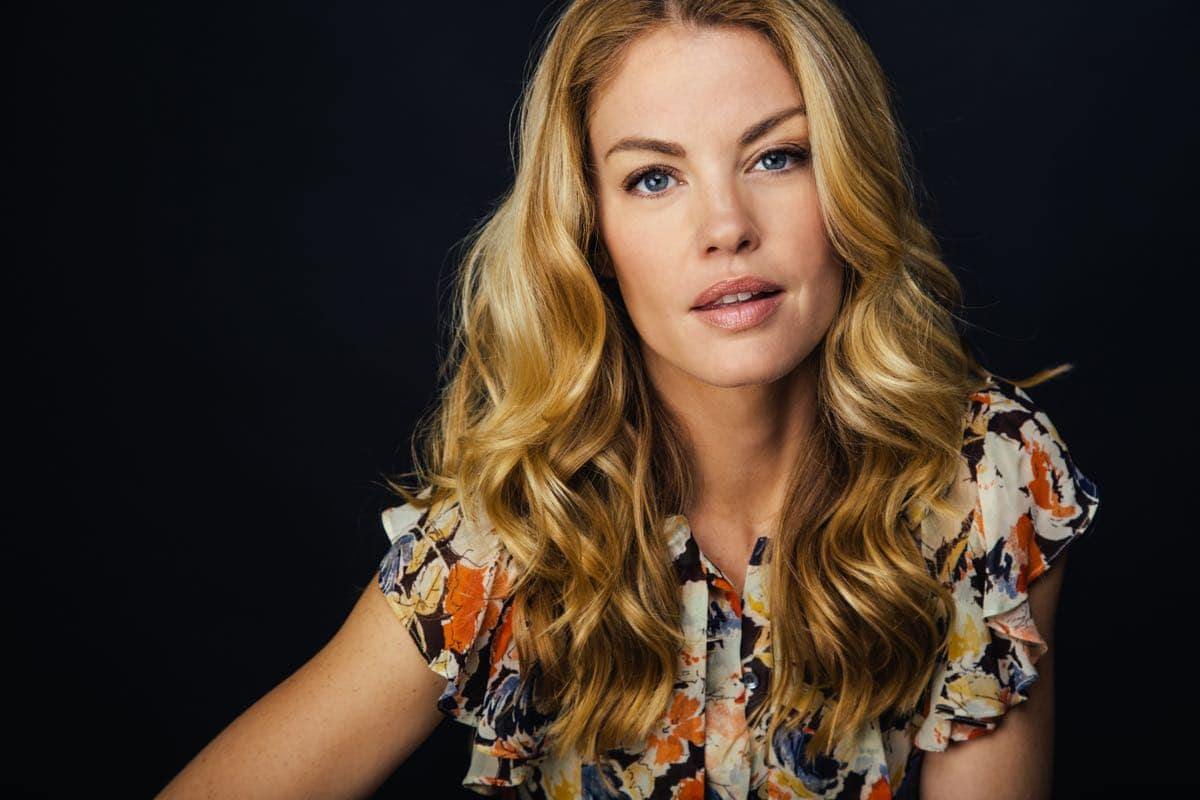 Soap-star Bree Williamson is best known for her work in ONE LIFE TO LIVE and GENERAL HOSPITAL, but in recent years Bree has crossed genres many times and ventured out to work on shows like Syfy’s HAVEN and NBC’s mystery drama series DECEPTION.  Bree has also stretching her acting wings in the recent films “Love You To Death,” “The Unwilling,” “A Mother Betrayed” as well as her newest film “Mommy’s Little Boy.”  In an exclusive interview, Bree talks about portraying a mother spiraling out after one son dies and the other distances himself from her and the perks of where her career has taken her so far.

What initially appealed to you about the role of Briana Wilson and working on the film “Mommy’s Little Boy”?
BREE:  I have never played a character like Briana before so right off the bat that made her appealing to me.  Briana is a very damaged character, which are always the most rewarding and entertaining to play.  And also any chance to shoot in Canada, I’ll take it 🙂

How would you describe who Briana is?
BREE:  She is a person who has always made bad choices but blames it on bad luck. She’s someone who always went the wrong way at the fork in the road.

How would you describe the part Briana has to play in the story?
BREE:  She is the dark, morally corrupt, despicable core that makes these movies so great!

What is it like working with Peter DaCunha, Paul Popowich and Sebastian Pignott? Was there a favorite scene working with each of them?
BREE:  Working with Peter was so great! He is such a pro and an amazing actor. The only tricky thing was that my character had to yell at him for the entire film, but we laughed about it a lot.  I didn’t get to work with Paul that much but, during the times I did he was lovely.  Sebastian was awesome to work with. He is a totally fearless actor and it was fun to play with him. I kept looking for bullets for sale because of the gun show.

What has been your favorite part about working on this project?
BREE:  The entire cast and crew were awesome, and Ottawa in the summer was beautiful!!

Was there something you (as an actor) took away from working on “Mommy’s Little Boy”?
BREE:  I found the sub-basement on what a bad mom is.

What do think will be the appeal of the film for fans and viewers?
BREE:  It’s a tense downward spiral of the character and the story is really good.  And Peter’s character “Eric” is really interesting to watch.  You’re going to want to know what happens next.

At this stage of your career, what do you think you have learned from the amazing variety of roles and projects you have worked on?
BREE:  To always be grateful… and to have fun!

Then what are the perks of where you are in your career right now?
BREE:  I get offered projects these days.  It’s nice – makes you feel good!

If there were one role you would like to revisit, which would it be and why?
BREE:  Brandeis from GOSSIP GIRL, she had the best clothes!  And anything to go back to NYC!!

Has there been any great advice you have gotten?  What advice would you offer to other upcoming and aspiring actors?
BREE:  Great advice that I have been given would be that this career is a marathon not a sprint and that other people’s success’s are not your failures.  That is important to remember because this business is very competitive. Also, if you take home stuff from craft services make sure it’s non-perishable.

Do you have any other upcoming projects that you can share that fans should keep an eye out for?
BREE:  I do, but I can’t say yet — so just never turn off your TV or you might miss it.

At a time when women’s voices are rising to be heard and respected around the country and world, what do you recommend your fans do to lend support in that endeavor?
BREE:  We need to stay active and diligent durning this time. We can’t lose our stamina. Stay informed. Call your government representatives, protest, and share information over social media. Also I have a rule. If I hear something – check three sources.  These days the media can be an echo chamber – and there’s even a business in creating doubt in the media in general.  I always check 3 sources on anything I hear and make sure the sources aren’t referencing each other.

To see more of Bree’s electrifying work, be sure to tune in for the premiere of “Mommy’s Little Boy” on Saturday, March 18th at 9:00 p.m. on Lifetime.  For updates on here work and career, follow Bree on Twitter: @breewilliamson