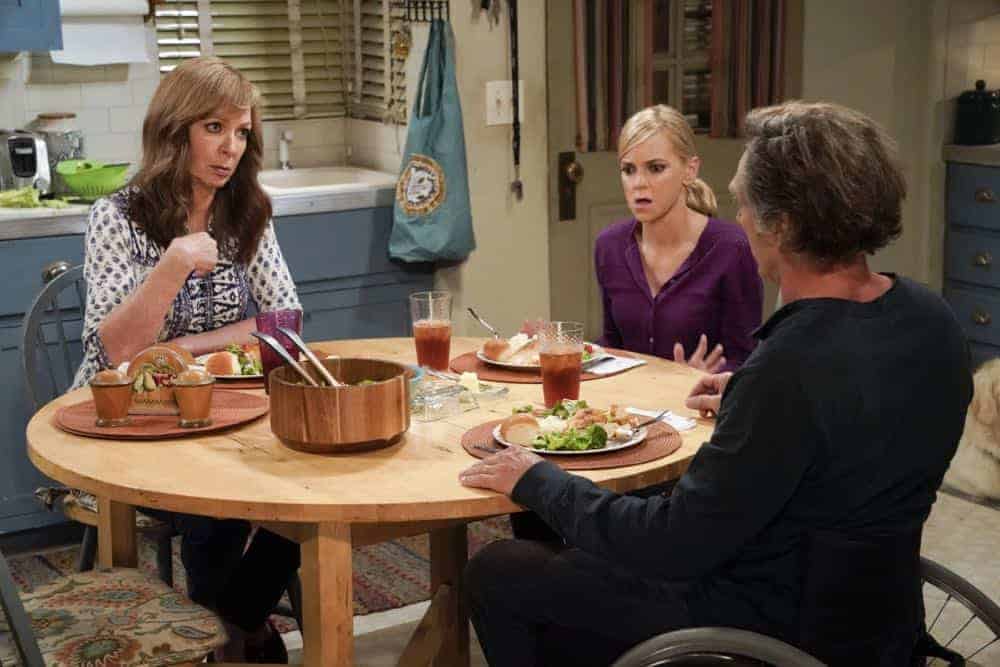 Pre-Washed Lettuce and a Mime” – Christy has second thoughts about law school after a tough first day, and Bonnie is plagued by an upsetting dream, on the sixth season premiere of MOM, Thursday, Sept. 27 (9:01-9:30 PM, ET/PT) on the CBS Television Network. MOM Season 6 Episode 1 Photos Pre-Washed Lettuce And A Mime.