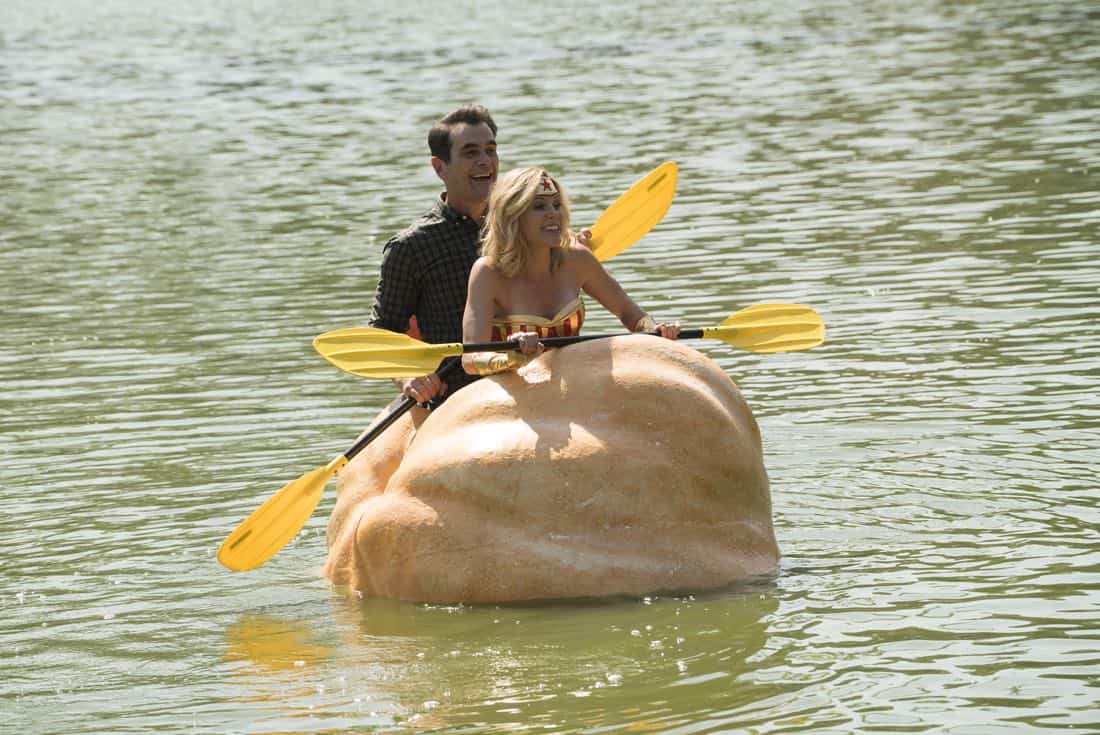 “It’s the Great Pumpkin, Phil Dunphy” – Phil and Claire still want to celebrate Halloween in a big way, but it seems no one shares their same enthusiasm making them wonder if maybe everyone is right. Over at the Pritchett’s, Mitch and Cam are frustrated by how long Jay is taking to finish their kitchen remodel, which forces Mitch to finally stand up to his dad. Meanwhile, Gloria’s hospitality is wearing thin when Cam oversteps his boundaries as a house guest, on “Modern Family,” WEDNESDAY, OCTOBER 25 (9:00-9:31 p.m. EDT), on The ABC Television Network.  MODERN FAMILY Season 9 Episode 5 Photos It’s the Great Pumpkin, Phil Dunphy

Guest starring in this episode is Joe Mande as Ben.