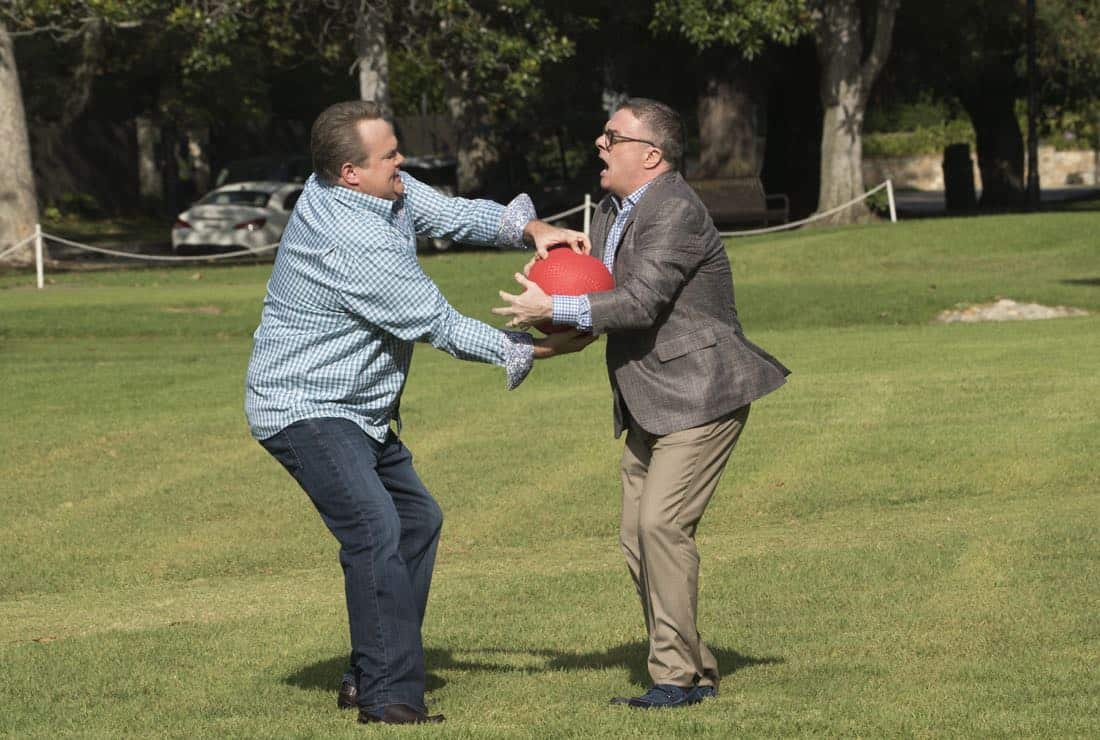 “Sex, Lies & Kickball” – Jay’s best friend, Shorty, is back from Costa Rica and stays at the house so they can catch up and reconnect. However, Shorty is spending more time with Gloria and seems to be avoiding Jay. Meanwhile, Alex is ready to shed her good-girl image and is going to prove to Claire that her relationship with Ben is definitely a sexual relationship, on “Modern Family,” WEDNESDAY, OCTOBER 18 (9:00-9:31 p.m. EDT), on The ABC Television Network. MODERN FAMILY Season 9 Episode 4 Photos Sex, Lies and Kickball

Guest starring in this episode are Nathan Lane as Pepper, Chazz Palminteri as Shorty, Christian Barillas as Ronaldo, Joe Mande as Ben, and Gabriel Maddox Maier as Lionel.

“Sex, Lies & Kickball” was written by Abraham Higginbotham and directed by John Riggi.