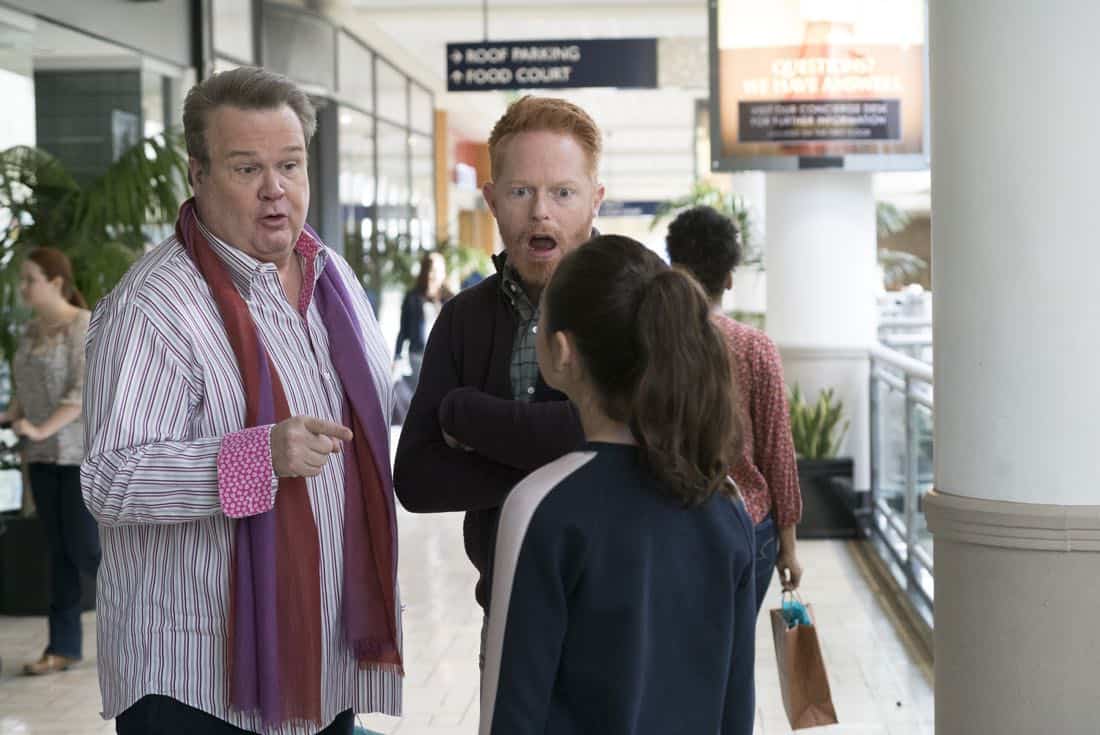 “Daddy Issues” –  When Gloria’s ex-boyfriend Jorge (guest star Gabriel Iglesias) stops by for a visit, his striking resemblance to Manny makes Jay question if he might be Manny’s real dad; Phil agonizes over getting the perfect anniversary gift for Claire; Cam and Mitch are out of their depth when Lily gets into a fight at school over bras,  on “Modern Family,” WEDNESDAY, APRIL 4 (9:00-9:31 p.m. EDT), on The ABC Television Network, streaming and on demand.  MODERN FAMILY Season 9 Episode 18 Photos Daddy Issues.

Guest starring are Gabriel Iglesias as Jorge and Ruby Jay as Emma.